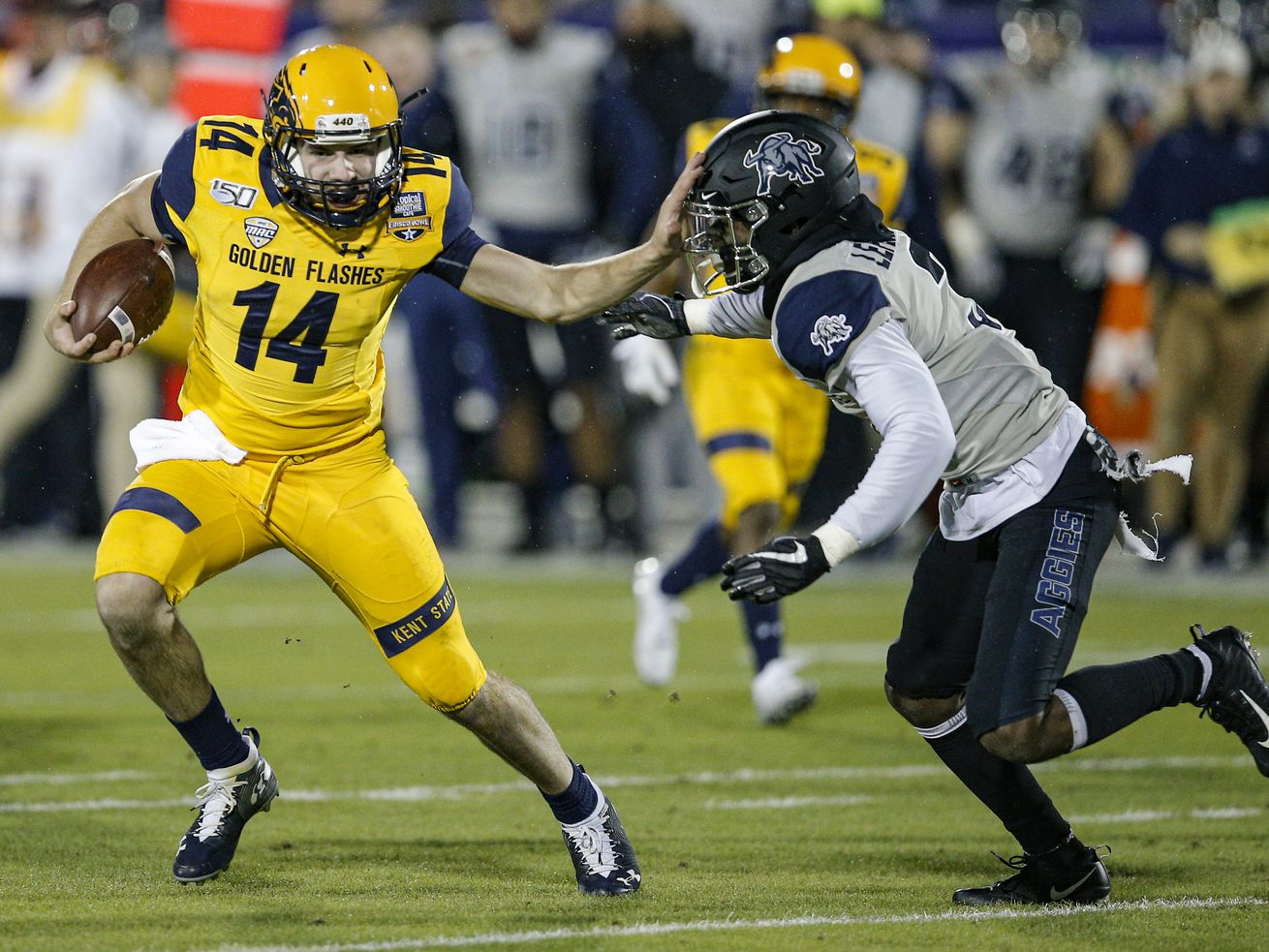 The Aggies lost to the Golden Flashes 51-41, despite a standout final outing for quarterback Jordan Love

SALT LAKE CITY — Had the Utah State Aggies put up the offensive numbers that they did Friday night in the Tropical Smoothie Cafe Frisco Bowl in practically any other game this season, it would have meant certain victory.

The A in the bell tower of Old Main would have been lit blue, quarterback Jordan Love would have been roundly praised and the Aggies would have walked away with their heads held high, another victory in the books.

As it is, Love was and will be praised for his final game played in a Utah State uniform. The junior quarterback threw just seven incompletions against the Kent State Golden Flashes, finishing 30-for-37 with 317 yards and three touchdowns, to just one interception. He is now the program leader in total yards in a career and accounted for 52 touchdowns in just two years. Love also falls just one win shy of being the winningest quarterback in Utah State history, trailing only Tony Adams.

Like Love, the Aggies’ offense on the whole will leave Frisco, Texas, with their heads held high, having finished with 506 yards of total offense against Kent State, including 189 yards on the ground.

Running back Gerold Bright rushed for 94 yards and a touchdown in his final game as an Aggie, a strong final showing. Wide receiver Siaosi Mariner capped off his one year in Logan with 113 receiving yards and two touchdown receptions. Fellow wideout Deven Thompkins was perhaps the most impressive Aggie of them all, running for 57 yards and a score — all of which came on one play — and recording 51 yards receiving and another touchdown.

‘Round the corner and headed home pic.twitter.com/pjchggQ86g

The Frisco Bowl was not any other game this season, unfortunately, and as good as Utah State was on offense, Kent State was better. Led by quarterback Dustin Crum, Kent State defeated Utah State 51-41 in a high-scoring back-and-forth thriller.

Crum finished with 436 yards of total offense himself, 289 of which came through the air, the other 147 on the ground. He scored three touchdowns, the last of which, a 4-yard touchdown run, sealed the first-ever bowl victory for Kent State.