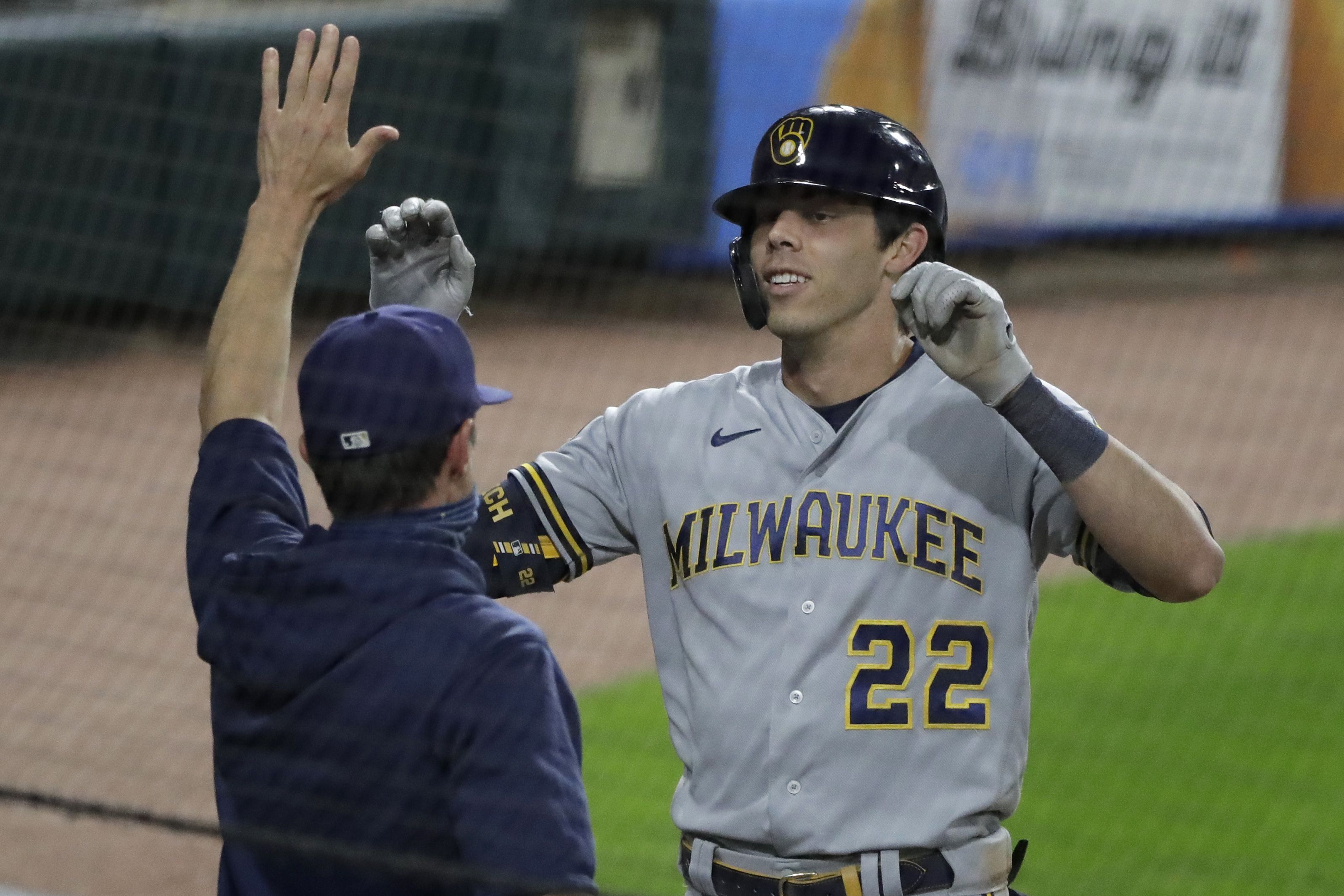 The Brewers and White Sox split a home-and-home series, with each team winning two games in their opponent’s ballpark.

Rookie phenom Luis Robert went 0 for 4 with four strikeouts as the White Sox dropped their second straight game game after winning six in a row. Gio González (0-1) was charged with five runs, four earned, and eight hits in 4 1/3 innings.

Yelich had been slumping this season, going 3 for 34 in his first eight games. But the 2018 NL MVP made the most of an ugly misplay by left fielder Eloy Jiménez in the fifth, raising another round of questions over whether the talented White Sox slugger might be better suited for designated hitter in the long run.

Yelich’s one-out drive dropped inside the line and just out of the reach of Jiménez, who misjudged the flight of the ball. Jiménez’s momentum carried him into the protective netting. By the time he regained his footing, Yelich was flying around second base and he beat the throw home, tying it at 2.

After Avisaíl García walked, Gyorko hit a two-run drive on a 3-2 pitch for his first homer of the season. Orlando Arcia tacked on an RBI single against Matt Foster, giving the Brewers a 5-2 lead.

Yelich’s drive was the 30th inside-the-park homer in franchise history. He scored three times after he got Wednesday night off for a mental break.

González is winless in his last 14 starts. The left-hander struck out three and walked three.

Lindblom, who signed with Milwaukee in free agency, struck out his first five batters. Nomar Mazara then singled for the White Sox, and Leury García hit a drive to right for his third homer.

García also doubled home a run in the ninth.

Milwaukee optioned infielder Ryon Healy and right-hander J.P. Feyereisen to its alternate side in Appleton, Wisconsin.

White Sox: 2B Nick Madrigal was placed on the 10-day injured list with a separated left shoulder. In order to get down to 28 players on the roster, Chicago also optioned Nicky Delmonico to its alternate site in Schaumburg. … Mazara left in the seventh after getting hit on the left foot by a pitch. X-rays were negative and he is day to day.

Brewers: LHP Eric Lauer is scheduled to make his first career start against the Reds on Friday. Lauer struck out six in 2 2/3 innings against the Cubs on July 26. Lauer is still in the process of being stretched out. “He had one outing this year, then he got backed up, but he pitched wonderfully in that outing. He’s still being built up but he’s a starter. He can pitch against anybody,” manager Craig Counsell said.

Stock-market wizard William O’Neil famously turned $5,000 into $200,000 in just a few years. Here’s the 7-part model he uses to sniff out winning stocks.