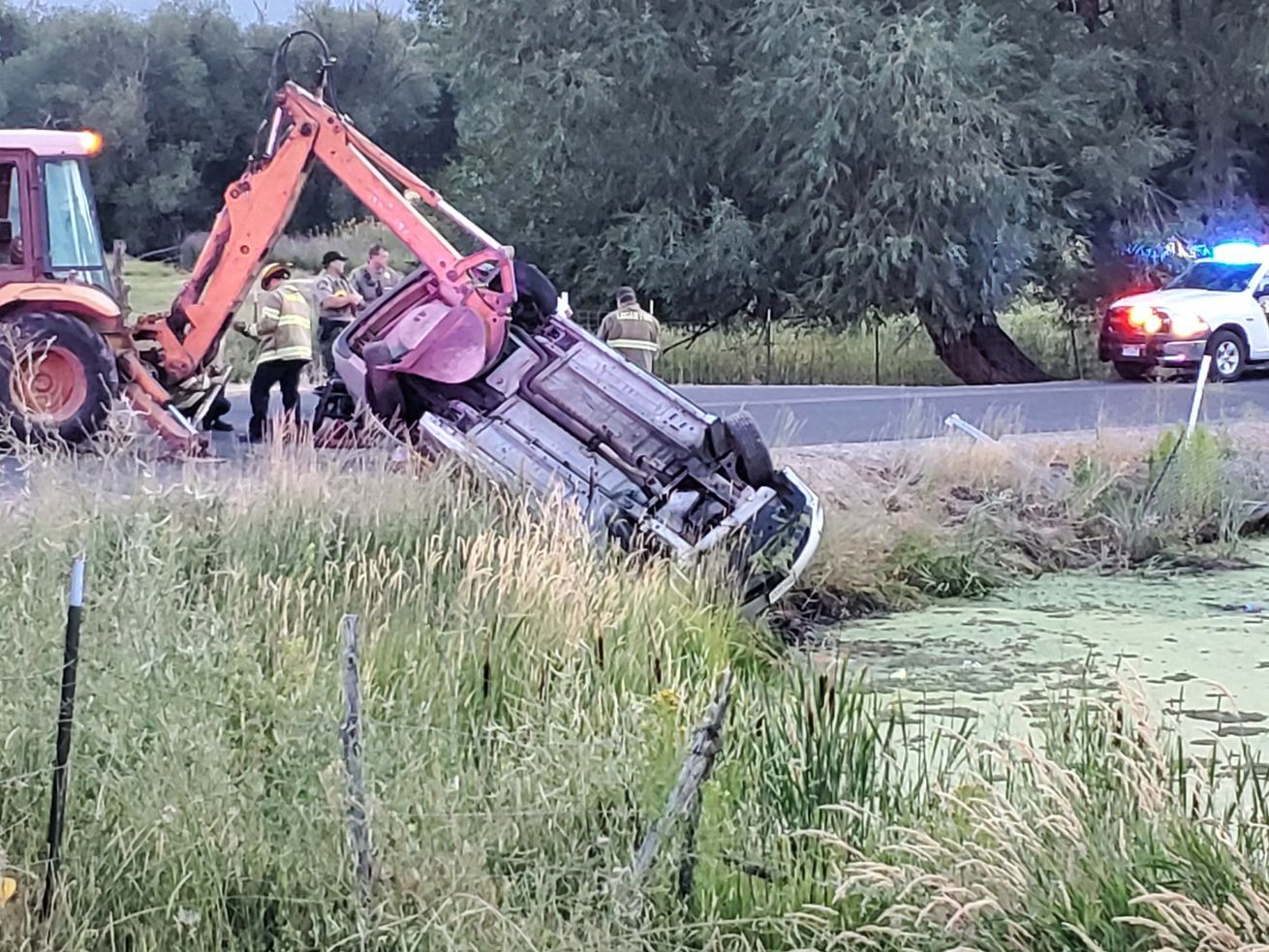 LOGAN — For the second time in a week, a person has been killed in the state after their vehicle crashed into a pond.

The latest incident happened Wednesday about 8 p.m. near 2600 West and 1800 South in the College Ward/Young Ward area of Cache County, according to a prepared statement from the sheriff’s office.

A person checking on their livestock noticed the underside of a vehicle sticking out of a nearby pond, said Cache County Sheriff’s Chief Deputy Matt Bilodeau. Bilodeau said a small portion of the vehicle was sticking out of the water next to a road that’s not heavily traveled.

“He summoned help and using a backhoe was able to remove the passenger vehicle from the pond,” Bilodeau said in a prepared statement.

Haley Bury, 18, of Wellsville, was found deceased inside the vehicle, he said. She was the only person in the car.

“While this appears to be an accident there is still an active investigation being conducted by the combined efforts of the Cache County Sheriff’s Office and the Utah Highway Patrol,” according to the statement.

Haley’s family also released a statement on Thursday through the sheriff’s office.

“It is with tremendous sadness that we announce the tragic loss of our beautiful Haley Nichole Bury, who was killed in a roll-over auto accident. … Haley was a loving daughter, sister, cousin, niece and granddaughter. We express our appreciation for the support of our local law enforcement, emergency medical personnel, friends, and neighbors. Although we will miss her shining light, our strong belief in eternal families gives us great comfort as we grieve Haley’s passing.”

Other tributes and messages of condolences were posted on Facebook, including from a man who said he was Haley’s grandfather.

“Today is one of the most difficult days of my life. Losing a granddaughter in such a tragic accident is almost unbearable. We so appreciate the phone calls and messages we’ve received. I wanted to express my very strong belief that families are forever. I don’t know why Haley was taken from us so soon, but I do know she is a daughter of God and her spirit is still very much alive,” Steven Sluder posted.

The investigation into the accident, including where Haley was headed when she crashed, what caused her to crash, how long her vehicle was in the water before it was discovered, and whether she died as a result of injuries sustained the crash or if she drowned, continued on Thursday.

The incident marks the second fatal crash involving a vehicle going into the water in a week. On Saturday, a vehicle carrying a woman and four juveniles — including a 2-year-old girl — crashed into the Jordan River Canal. Justin Bates, 15, died as a result of his injuries despite heroic rescue efforts of police and firefighters.

From cereal startups to fast-food chains, everyone wants to cash in on people eating breakfast at home