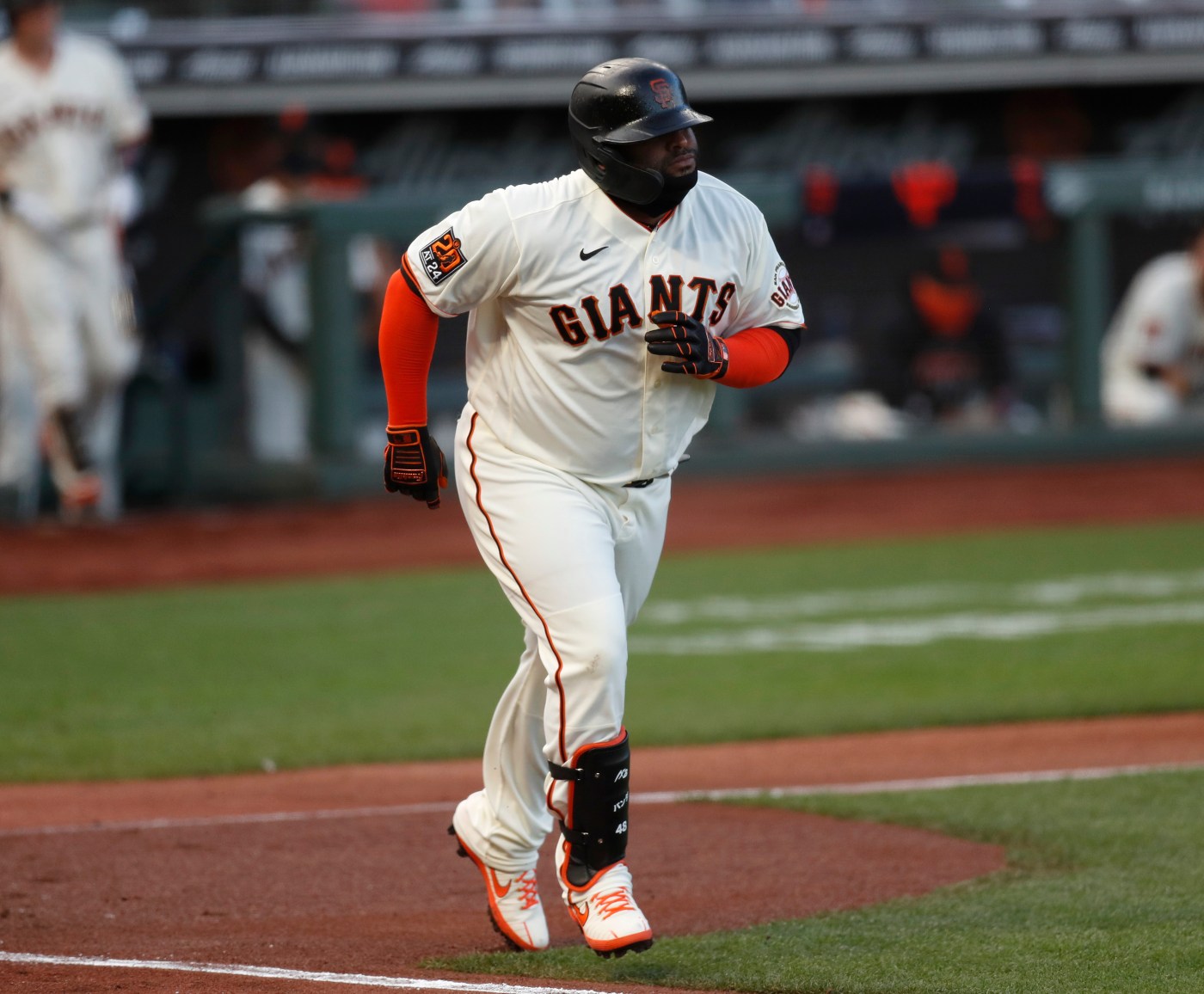 When the Giants opened the season in Los Angeles on July 23, first-year manager Gabe Kapler was expecting corner infielder Pablo Sandoval and utility man Mauricio Dubón to play significant roles for the club.

Sandoval batted third and played first base on Opening Night while Dubón hit in the sixth slot in the order and moved from second base to shortstop late in the team’s 8-1 loss to the Dodgers.

Fewer than two weeks into the season, Sandoval and Dubón have had their playing time slashed, but both players are back in the lineup for Tuesday’s game against the Colorado Rockies.

Sandoval has been relegated to pinch-hit duties for much of the last week as he’s off to a 2-for-22 start at the plate. Dubón, who was expected to be a regular starter at second base, shortstop and center field, is making his first appearance in the lineup since Friday’s 9-2 win over the Rangers.

The Giants’ top two starters have an early-season fastball problem

The Deets: What the 49ers signing Jordan Reed means for George Kittle

San Francisco Giants sink below .500 in another sloppy game for defense

“We’ve asked a lot of (Dubón), but I think all of our players around the league are adjusting to a new baseball world that nobody has ever experienced,” Kapler said. “Layered onto that for Mauricio is that he’s ultra-competitive, he puts pressure on himself, he’s trying to establish himself as a major league player which is still a work in progress.”

Kapler said Sandoval has spent considerable time working in the batting cage at Coors Field over the last two days with hitting coaches Donnie Ecker, Dustin Lind and Justin Viele to engage the lower half of his body with his swing. The switch-hitter has been caught on his front foot too often this season, leading to softer contact and fewer line drives.

Kapler thought Sandoval’s pinch-hit plate appearance in Monday’s 7-6 loss to the Rockies was encouraging and with 4-for-8 lifetime numbers against Colorado starter German Márquez, Sandoval will be the designated hitter and bat fifth on Tuesday.

Dubón will start at second base Tuesday as one of the hottest hitters in the majors, Donovan Solano, gets a rare night off. On Opening Night in Los Angeles, the Giants thought it was Solano who would be ticketed for a part-time role and only play against left-handers, but the Colombia native has been so productive against righties this season it’s made no sense for Kapler to keep him on the bench.

‘Nobody should be playing’ in a pandemic: Critics blast youth basketball tournament

Tips for small businesses to survive COVID-19 from Jairek Robbins, a CEO who set up his now-booming coaching company during the 2008 financial crisis