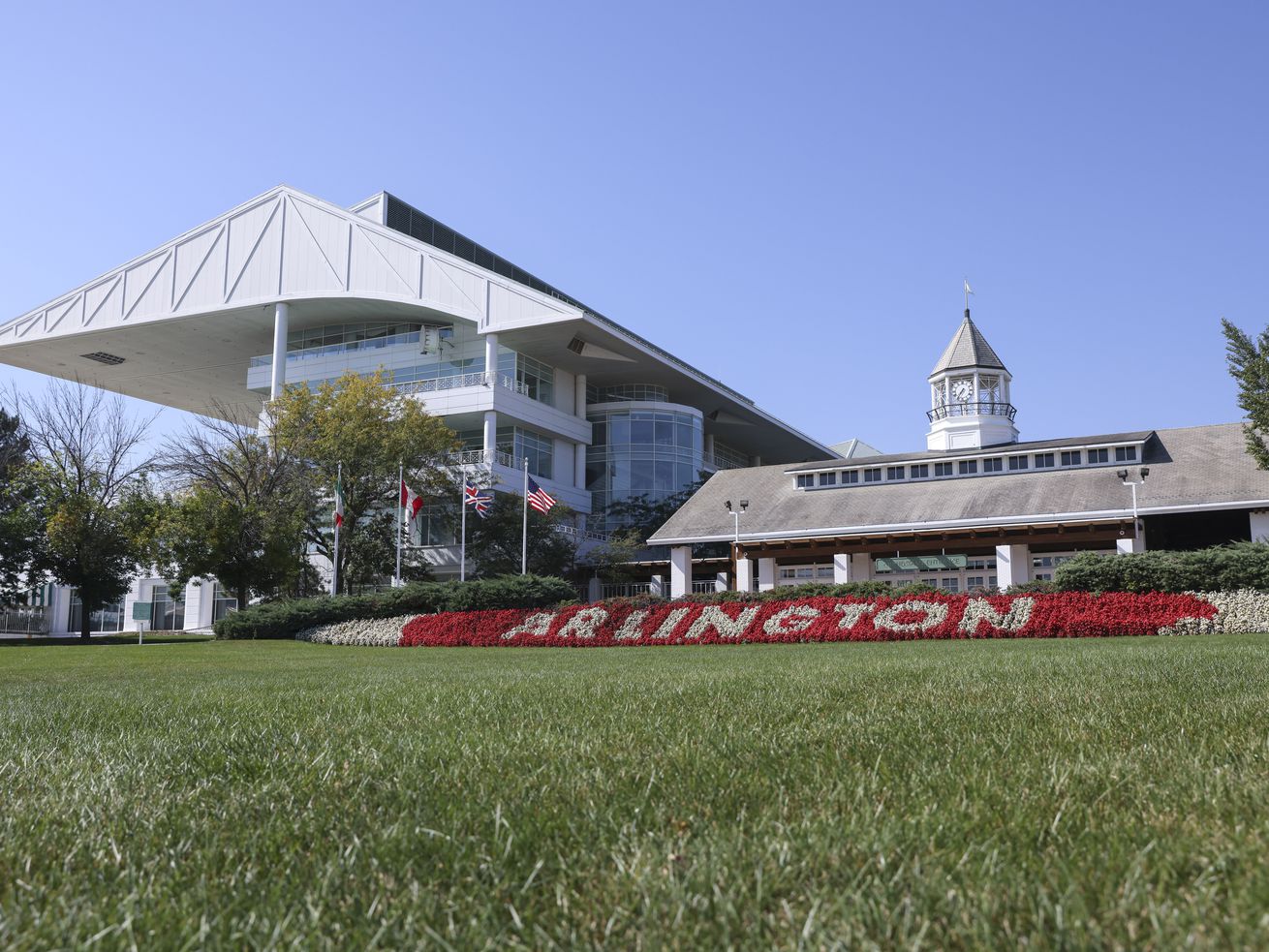 The Chicago Bears have signed a purchase agreement for the 326-acre site of Arlington International Racecourse, a potential site of a new stadium that would replace Soldier Field. | Anthony Vazquez/Sun-Times

Last week Ald. Harry Osterman said he wants the city to try to keep the Bears so he won’t have to drive to Arlington Heights to see them play.

Mr. Osterman, you do know that Metra goes to Arlington Heights, right? Of course you don’t want to drive there to watch the Bears. Who wants to see the Bears? Or drive anywhere? Hop on the train, if you must. It makes life so easy.

The other day I wanted to go to a reception at the Newberry Library. The event was an hour long, 4 p.m. to 5 p.m. and I paused, considering the “getting there” part. Leave home … what? … 2:30 p.m., to be on the safe side. Crawling down the Edens because everybody has to slow down and watch some idiot change a tire. Squeeze onto the Kennedy. Overland to Bughouse Square.

Three hours of driving, round trip, for an hour’s mingling.

Or … I thought. There’s the Skokie Swift to the Red Line. Lets you off two blocks away, on Chicago Avenue. Also 90 minutes each way. But at least I’d be sitting down, reading.

So that’s what I did. The reception was in the Newberry parking lot, and conversation was as interesting as I had hoped: about the history of handwriting (with the curator of a future exhibit) avant-garde women (with the curator of the current exhibit) and lots about Dante — OK, that was a logorrheic spiel I delivered to the head of adult classes, volunteering myself to give a talk on how the Divine Comedy is funny. I tried to stop, particularly when I noticed her shooting those little “Please somebody save me from this” glances in all directions. But once I get going, it’s hard for me to hit the brakes.

Try to never drive anywhere in Chicago. As for the wisdom of the Bears moving to Arlington Heights, here again, as with Dante, the less I say the better. I try to respect other people’s joys. But have you been to a Bears game? They’re awful. I’ve gone twice. The first was very, very cold — I can see why they’d want a domed stadium in Arlington Heights. Makes perfect sense, and since most folks are watching at home on TV, or not at all, who cares if the game is being played on the lakefront or in the suburbs or the moon? And the second was an early season game, warm and autumnal. It wasn’t bad, because I went with my younger son — he wanted to go, and I tried to pretend I was that kind of father. But I can’t recall even one second of the game.

Best Of The Best Post-Holiday Sales

Bret Stephens: What will it take to beat Donald Trump?

Latest news from the Arsenal transfer: All rumors from Kalidou Koulibaly to Wilfred Ndidi