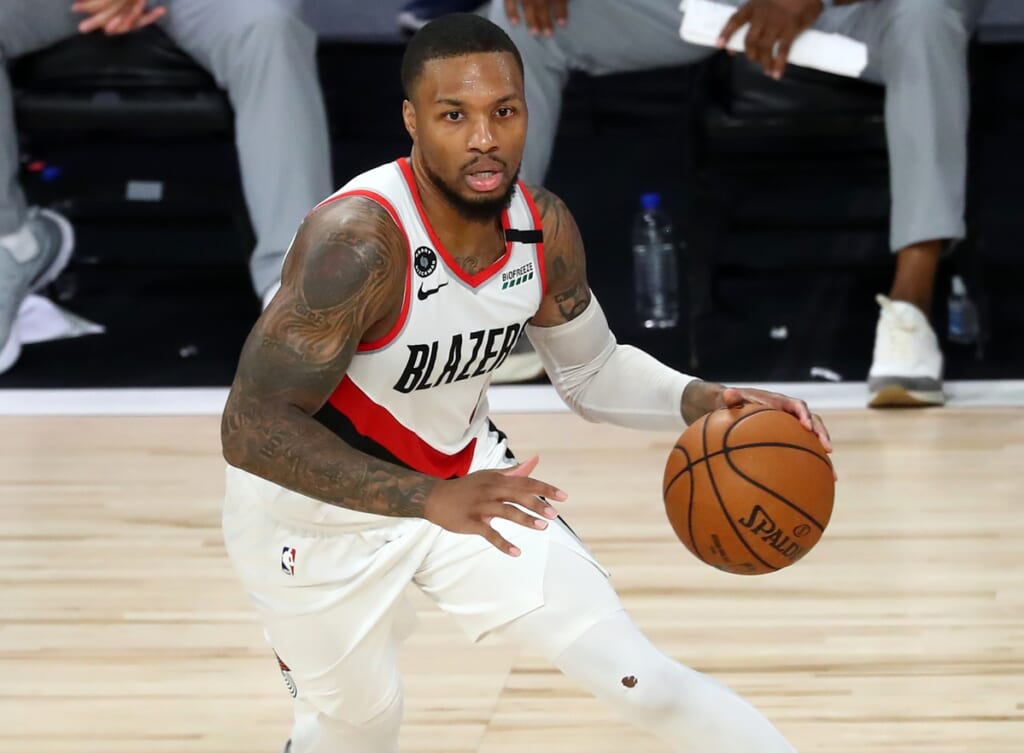 Portland Trail Blazers star guard Damian Lillard struggled towards the end of Saturday’s narrow loss to the Los Angeles Clippers. That included the All-Star missing two free throws with his team down one with less than 20 seconds left.

The Clippers’ bench, Paul George and Patrick Beverley included, could be seen celebrating after Dame’s two missed free throws. It certainly showed a lack of professionalism on their part.

Following the game, Lillard had some choice words for both George and Beverly.

Blazers’ Damian Lillard on Clippers’ celebrating & waving him off court after clutch FT misses: “Patrick Beverley, I sent him home before. Paul George just got sent home by me last year… I’m not offended by it. It should tell you how much it hurt them.” pic.twitter.com/mPFjnACHMi

Talk about the NBA of petty.

Though, Lillard is not wrong. His game-winning shot in Game 5 of the Blazers’ first-round series against George’s Oklahoma City Thunder team sent that squad packing for the spring last year. It was also George’s final game as a member of the Thunder. He obviously still has a bitter taste in his mouth after said loss.

As for Lillard and the Blazers, Saturday’s defeat at the hands of the Clippers was huge. Portland now finds itself at 32-39 and as the ninth seed in the Western Conference.

How to stand out and land the best gigs in an ever-growing sea of freelance talent, according to seasoned freelancers and the people who hire them