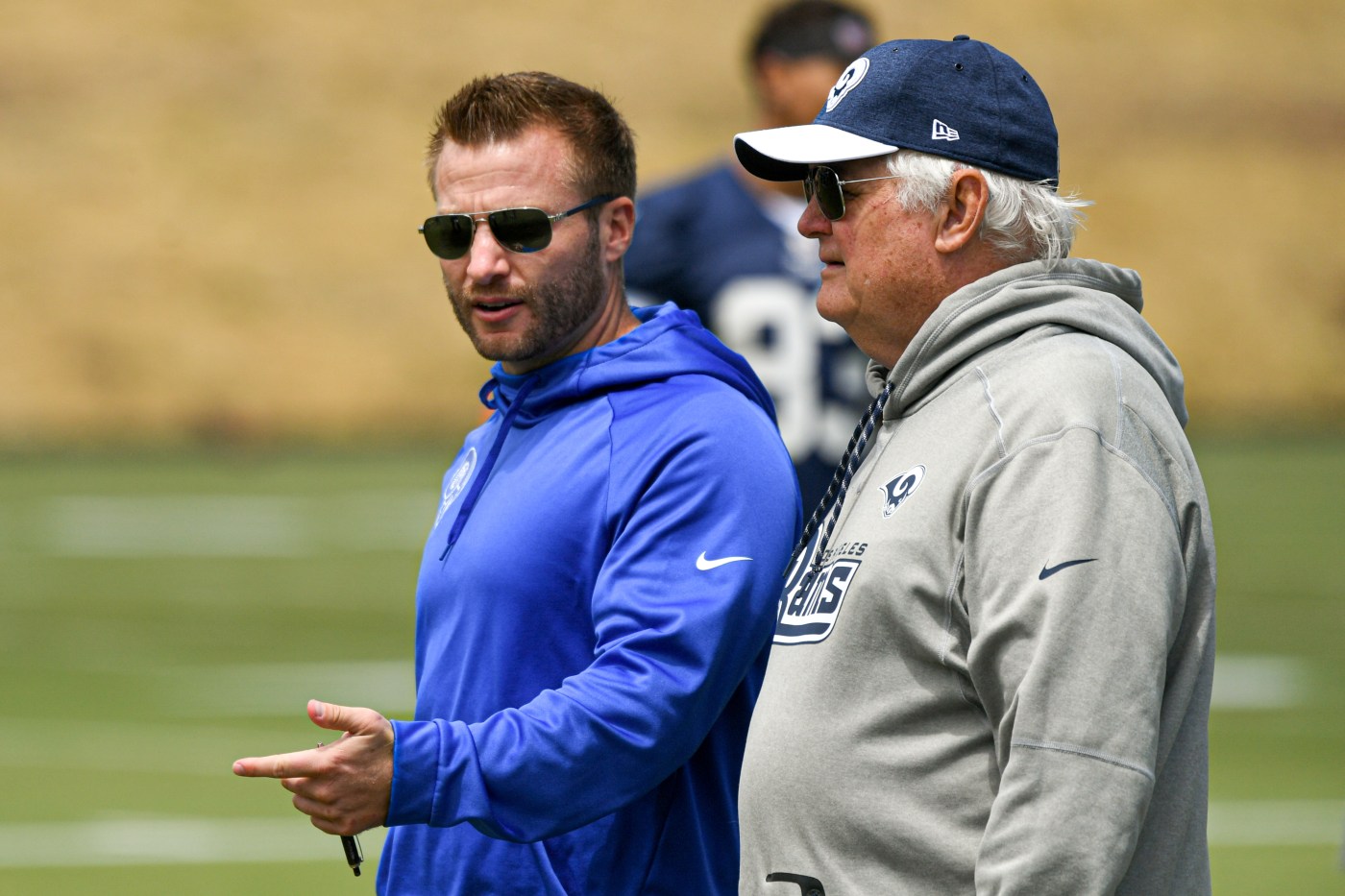 THOUSAND OAKS — The question was about whether Wade Phillips has done enough this season to earn another year as the Rams’ defensive coordinator.

It got Phillips talking, as few NFL coaches can talk, about a lesson from 40 years ago. He was a young defensive line coach for the Houston Oilers, and his father, Bum Phillips, was the head coach. In 1978, ’79 and ’80, the Oilers won 10, 11 and 11 games but kept running into tough opponents in the playoffs.

Acknowledging an online report that he and the Rams might part ways after their disappointing season ends with Sunday’s game against the Arizona Cardinals, Phillips, 72, said Thursday that he wants to continue.

He stopped just short of using his last weekly press conference of the season to publicly campaign for a new contract.

“I love coaching. That’s what I do. That’s what I enjoy doing,” Phillips said. “We did a lot of good things this year. Not enough, obviously, to be in the playoffs.”

Phillips said he has received no indication from Rams coach Sean McVay or the front office about his future.

“No. I’ve had a lot of rumors out there. I don’t pay any attention to rumors,” he said. “Wherever I’ve been, I’m going to do the best I can do. If that’s not good enough for somebody, it isn’t.

“That’s up to somebody else.”

Phillips is working for his 10th NFL team, including head-coaching jobs with the Denver Broncos, Buffalo Bills and Dallas Cowboys.

McVay wouldn’t directly address Phillips’ status Thursday, saying he’ll talk with all of his staff members and coaches after the season.

The 33-year-old head coach said it’s “great” to work with Phillips and draw on the older coach’s experience and droll personality.

“He’s always had a great perspective based on his experience, whether it be as a head coach or as a coordinator,” McVay said. “But it’s never pushed on you. He’s always willing to share.

“(Players) love him. He’s got a consistency that you can’t help but appreciate.”

But consistency would not be the word to describe the Rams’ defense. if the team decides to move on from Phillips, it might be because he couldn’t get steady performance out of a unit with Pro Bowl talent in defensive tackle Aaron Donald and cornerback Jalen Ramsey and big numbers from linebackers Dante Fowler and Cory Littleton.

Overall, the defense has been better than it was when the Rams went to the Super Bowl last season. It has improved from 27th to …read more