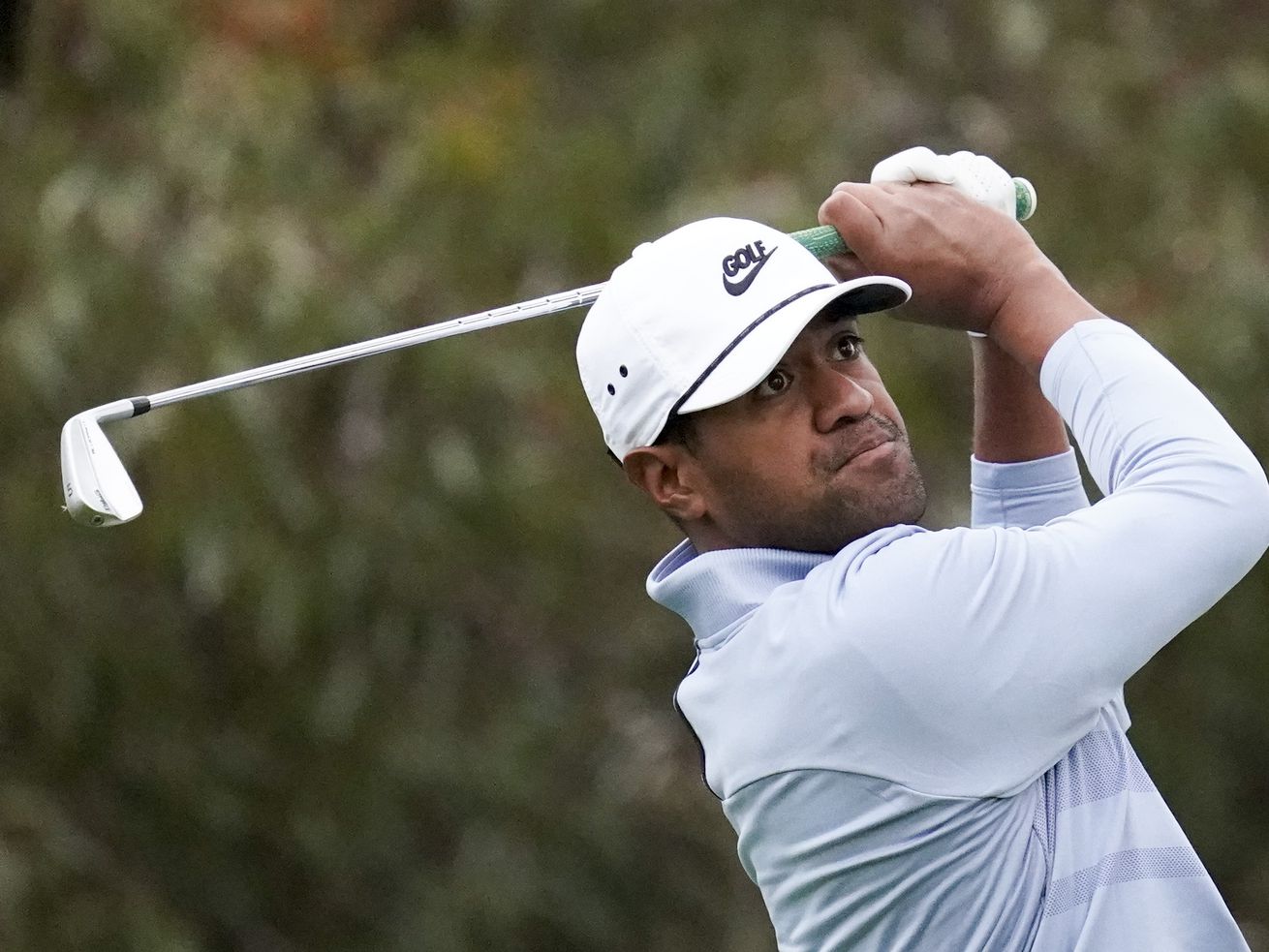 Tony Finau watches his tee shot on the 11th hole during the first round of the PGA Championship golf tournament at TPC Harding Park Thursday, Aug. 6, 2020, in San Francisco. (AP Photo/Jeff Chiu) | AP

SALT LAKE CITY — Utah’s Tony Finau is off to a good start at the PGA Championship at TPC Harding Park in San Francisco.

Finau fired a 3-under-par 67 and is two shots off the pace in a tie for 12th place after the first round of what is golf’s first major of the season.

Utah’s other participant at the PGA didn’t fare so well as Salt Lake club pro Zach Johnson shot a 12-over 82 and finds himself dead last after the first round.

Finau has only finished in the top 10 once in five previous tries at the PGA, at his first PGA in 2015.

For Johnson, who had said before the tournament that he wasn’t playing his best golf right now, it was a rough day. The Davis Park assistant began with three pars, but made consecutive bogeys at 13 through 16 and made a double bogey at 17. On his second nine, he added double bogeys at 2 and 6 and made his lone birdie of the day at No. 7.

Magic Leap salaries revealed: From $80,000 to $220,000, this is what the famously hyped and troubled AR startup pays its workers