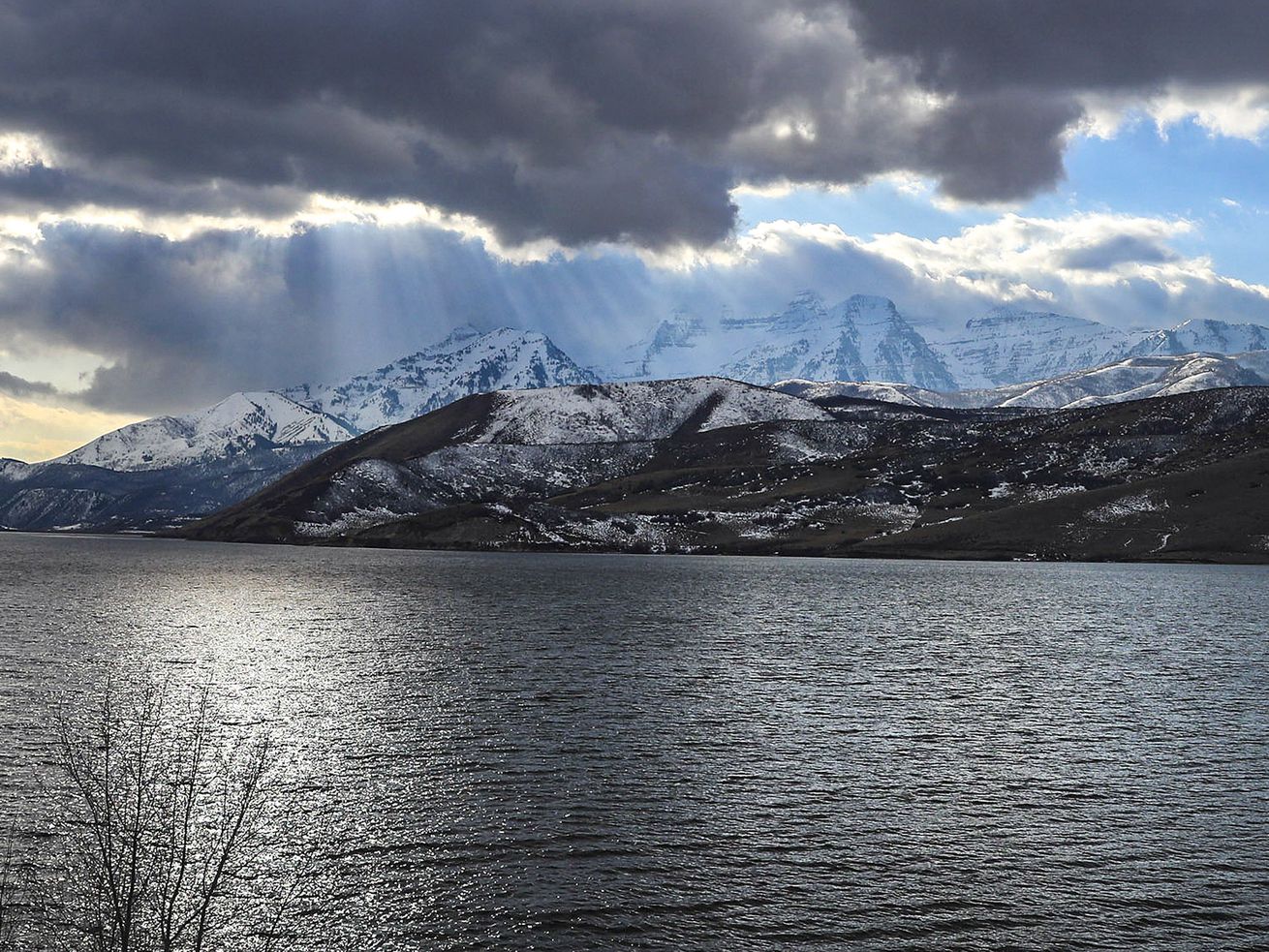 Snowpack in good shape, but soils are dry

SALT LAKE CITY — Utah’s snowpack across the state is sitting at 121% of normal and the reservoirs on average are in pretty great shape — 80% full — but forecasters are still yearning for a cold and wet March.

Soils are pretty dry, and in particularly in the southwest region of Utah, precipitation activity has all but dried up since Thanksgiving.

At a water supply forecast meeting earlier this week at the National Weather Service in Salt Lake City, senior hydrologist Brian McInerney emphasized there is much to be happy about, however.

In northern Utah, the weather pattern has been gracious when it comes to snowpack totals, with the Bear River drainage at 121% of normal, the Weber-Ogden river basin at 114% and Provo-Jordan at 122%.

Gary Henrie, with the Provo Area Office of the U.S. Bureau of Reclamation, said across Utah reservoirs are in much better position than they were a year ago — at 80% capacity compared to 60%.

The water year, in fact, has been a mirror image of the 2019 precipitation rate, with snow in northern Utah piling on with frequent storm activity.

There are have been some instances of extremes, however.

Northern Utah struggled through an extremely cold spell in October and November, and even though St. George endured 155 days during the 2019 calendar year without any measurable precipitation, it was the wettest calendar year on record and the second wettest water year logged there.

“If you think about it, half that year they got zero precipitation, yet the other half of the year they put together a record-breaking water season,” McInerney said. “It just goes to show you how extreme the weather is becoming.”

What water watchers don’t want to see happen is an arid, warmer than normal March that starts to draw down on the snowpack and leaves the mountains absent of any new accumulation.

Those thirsty soils mean more of the runoff will get sucked into the ground and not make it into streams, rivers and storage reservoirs.

“The key is to get to April as cold and wet as possible,” said the weather service’s Glen Merrill.

Water managers are keeping a close eye on the snowmelt and how fast it might start to come off, and ideally it happens in a measured pattern to boost reservoirs even more.

In fact, officials with Salt Lake County Flood Control and Salt Lake City Department of PublicUtilities, in coordination with the State Engineer’s Office, announced plans to open gates on Utah Lake to allow more water to flow to the Jordan River and Surplus Canal.

Officials are taking the move this weekend to accommodate above-average snowpack and higher-than-average water levels in Utah Lake, Deer Creek Reservoir and Jordanelle Reservoir, a news release from the county stated.

“I think it …read more