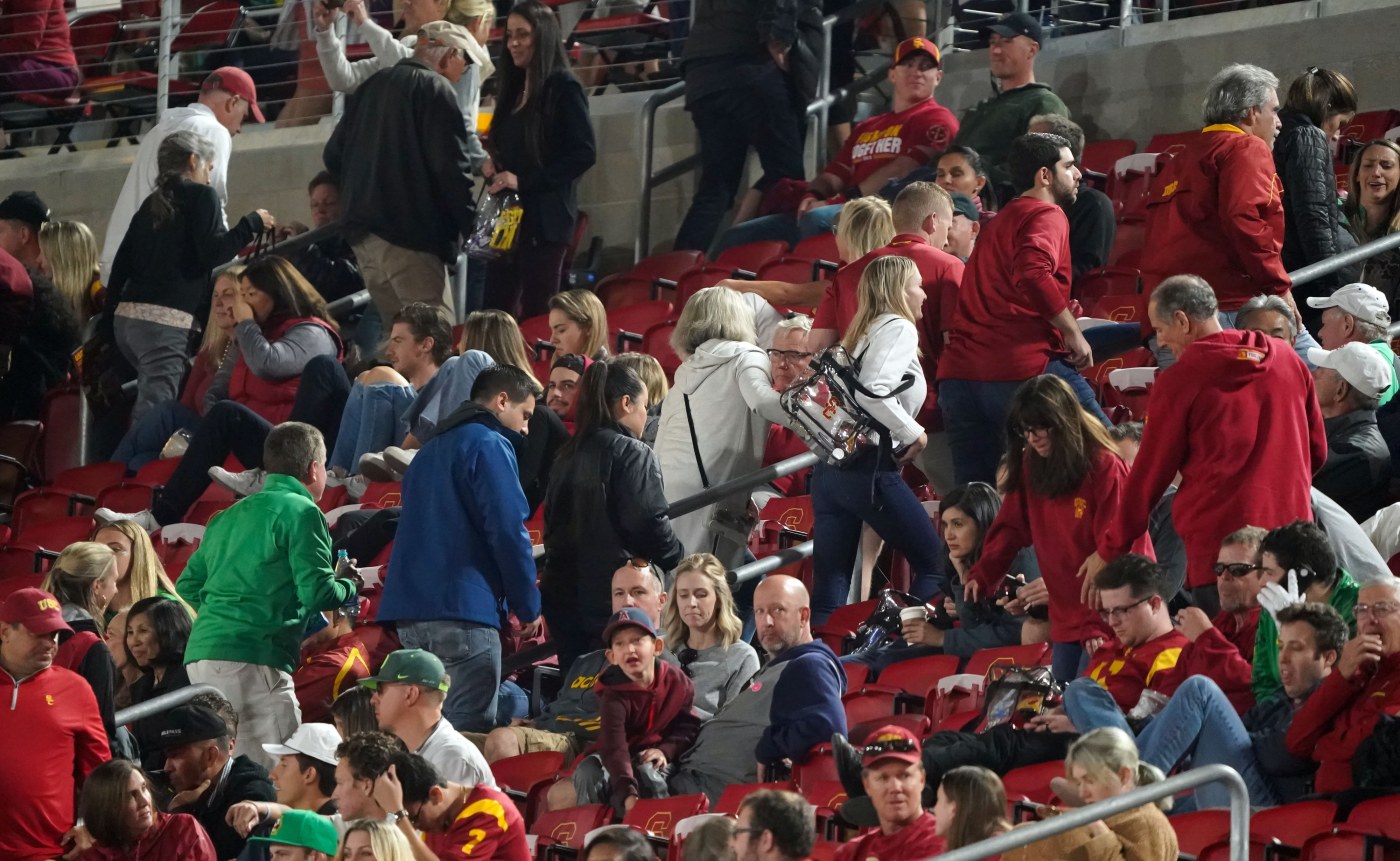 SAN DIEGO — USC has a few things it wants to accomplish in Friday’s Holiday Bowl against Iowa. Beat a top-25 team, gain some momentum for 2020.

And maybe with a victory, help win back some of the fans.

The discourse around the team has been a complicated one all season, especially the past few weeks since the regular season ended. Fans upset that USC retained head coach Clay Helton have made their opinions known on social media.

Senior wide receiver Michael Pittman Jr. won’t be around next year, but he’d like to see a win Friday help get some support back for his teammates in 2020.

“It would just get our fans back into it, I guess, because they’re acting a little cold towards our program right now,” Pittman said following practice Tuesday.

Pittman noted that fan support doesn’t affect USC’s performance on the field, and that the team would keep moving forward regardless.

But he acknowledged feeling some exasperation.

“It is a little frustrating because you see your fans are saying so many negative things about you,” Pittman said. “It’s just like, ‘Wow, I thought you guys were our fans and supporting us.’ They’re not doing a lot of supporting right now.”

Pittman continued, “But that’s all right because we’re gonna go out there and we’re gonna play hard and hopefully we can reel those fans back in. So that’s the plan.”

Quarterback Kedon Slovis agreed with Pittman’s assessment that a win Friday would be important for USC to regain some support, especially with what he thinks will be a talented roster returning.

“I really think it’s important going into next year with a lot of guys returning. I think [head coach Clay Helton] said we only lose four starters, so not only for fan support but our team in general,” Slovis said. “Getting that confidence boost going into next year and starting with a win.”

For his part, Helton praised USC’s fans for maintaining the expectations of the program, which has won 11 national championships in its history. He spoke about wanting to win to send the seniors out right and to continue to build on the momentum of USC’s five wins in the past six games.

Helton said he had not spoken to the team about the fan dialogue in the past month.

“Our role as a team and as coaches and as players is to go out and win football games,” Helton said, “and do our absolute best both on and off the field to represent our university. … And the fans’ role is to bring the passion. And when you’re living up to expectations, it’s usually good passion in my 25 years of experience in coaching.