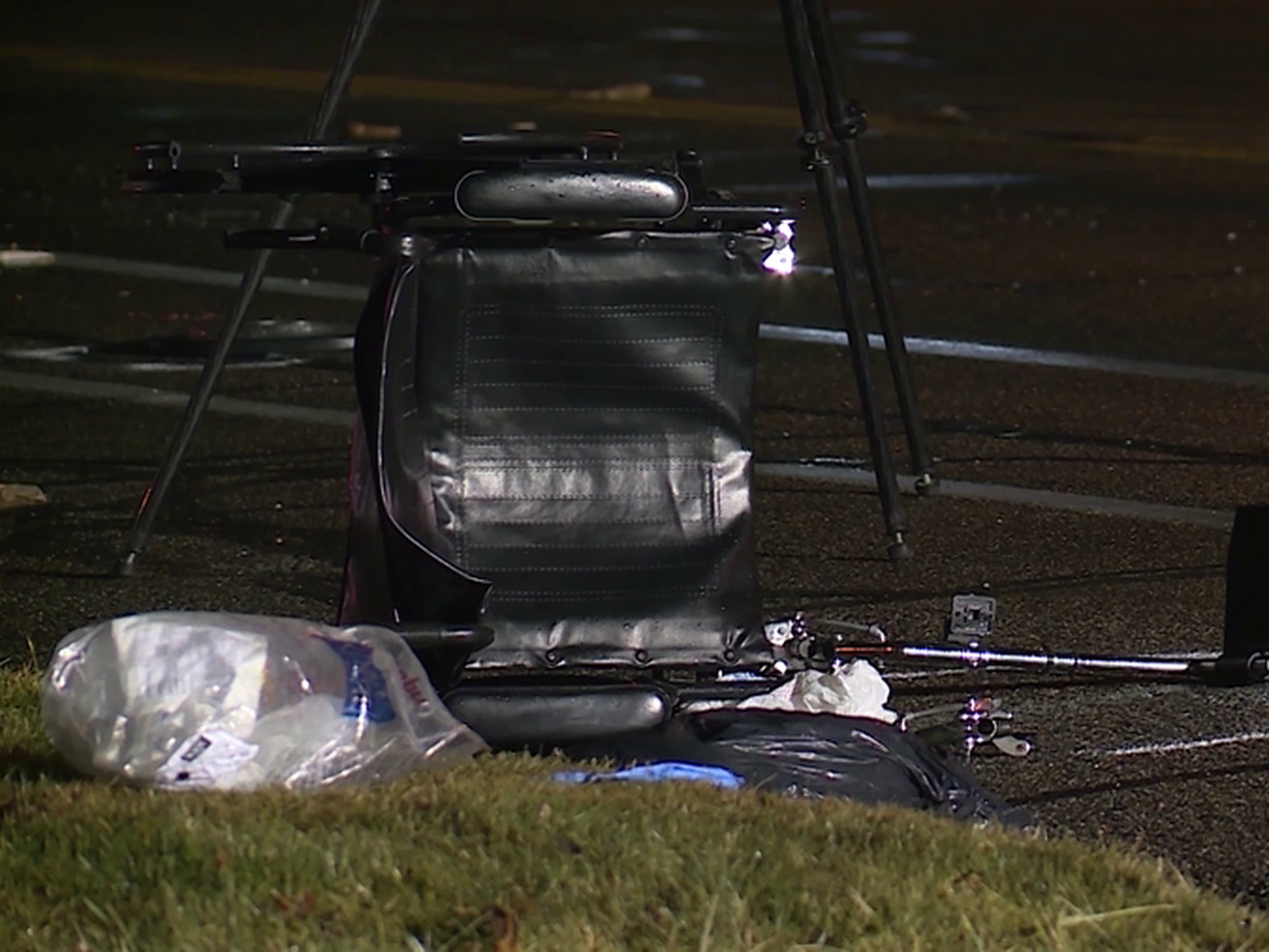 A man in a wheelchair was critically injured on Christmas night when a truck struck him in the radway near 3400 South and 300 West in South Salt Lake | Ray Boone, Deseret News

SOUTH SALT LAKE — After the second serious auto-pedestrian crash in a month involving someone believed to be homeless, a South Salt Lake councilwoman is asking what can be done to improve safety in the area.

Corey Thomas said she had been advocating for improving crosswalks in South Salt Lake since she took office two years ago, and the two recent crashes within blocks of the new homeless resource center caught her attention.

“I think there is a little bit of a higher tendency with a resource center of that happening with the foot traffic that it brings,” Thomas said Thursday. “I will do whatever I can to help improve that situation for others to feel safe.”

On Wednesday night, a man in a wheelchair was critically injured when a truck struck him in the roadway near 3400 South and 300 West.

On Nov. 26, police said an apparently homeless man was killed when he was struck by a vehicle while attempting to cross 3300 South in the middle of a block near the resource center.

At the time, Keller remarked about the visibility in the area.

“In the middle of the block, it’s almost impossible with the low light to see anybody, even in bright clothing,” Keller said that night.

Thomas said the city has already had conversations with the Utah Department of Transportation about potentially installing a crosswalk on 3300 South near 1000 West, and she expressed confidence something might get done soon.

Utah Department of Transportation spokesman John Gleason said the department was working with the city to address the issues.

Thomas said she was saddened by the crashes and hoped all on the roads would be careful going forward.

“I believe that everyone — the pedestrians and the drivers — just need to pay attention,” Thomas said. “We can’t let it happen again.”