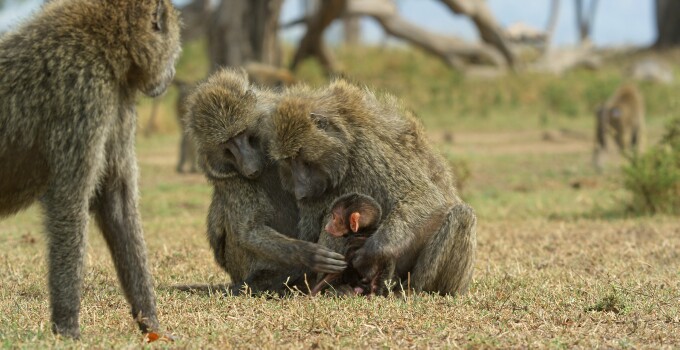 TV and streaming picks for Sunday, July 18
WATCH THIS:

“Serengeti II” (8 p.m., Discovery): The follow-up to the acclaimed 2019 nature series journeys back to the vast, nearly untouched plains of Tanzania. Along the way, it highlights the majestic animals who call the Serengeti their home and their day-to-day lives living together while giving viewers unrivaled access to one of the most pristine and unspoiled corners of Africa and showcasing the dramatic moments that make each day of survival on the Serengeti a feat. Oscar-winner Lupita Nyong’o narrates.

“The End” (8 p.m., Showtime): This new, 10-episode dark family comedy follows palliative care specialist Dr. Kate Brennan (Frances O’Connor), who has her hands full trying to raise her children in Australia while coping with her depressed elderly mother (Harriet Walter). The latter staunchly believes in the right to die and is ready to make her exit. The series premieres with back-to-back episodes.

“Power Book III: Raising Kanan” (8 p.m., Starz): Set in early-’90s Queens, this series is a prequel to the original “Power” franchise. It’s the coming-of-age story of Kanan Stark (Mekai Curtis), the teen son of Raquel “Raq” Thomas, a cocaine distributor with an emerging network of dealers across the city. Much like the original “Power,” the spin-off explores themes of identity, violence, and legacy, but it is also a deep dive into the very pathology of family; the unique, complicated and fraught dynamic between parent and child, mother and father, brother and sister. The cast also includes Patina Miller and Omar Epps.

“Dead Pixels” (9:30 p.m., The CW): The UK comedy about a group of friends obsessed with an online video game returns for its second season. Finally, the “new” Kingdom Scrolls expansion pack is here and Meg, Nicky and Usman couldn’t be more thrilled. But…will it live up to the hype? Also starring Charlotte Ritchie.