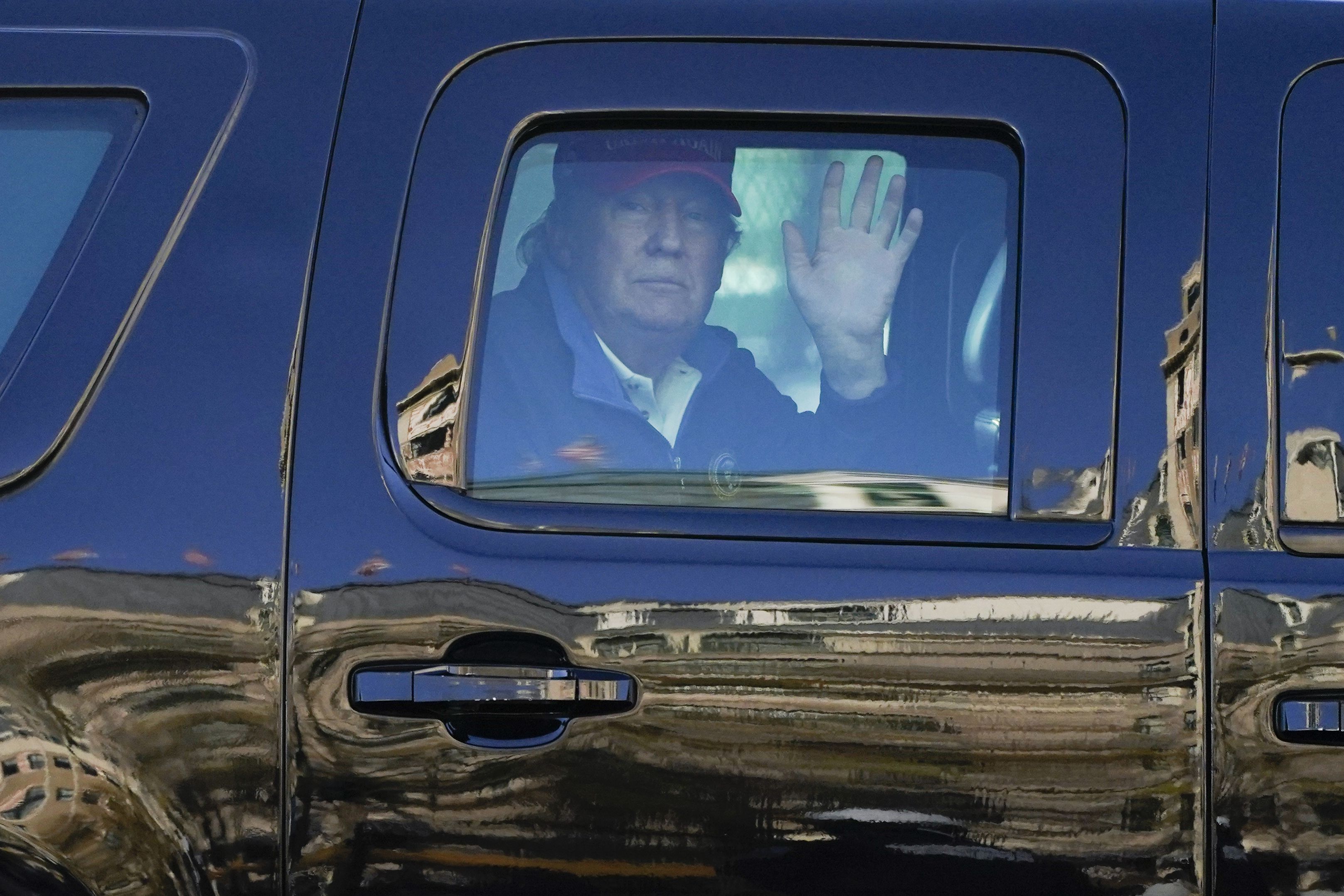 President Donald Trump on Sunday appeared to acknowledge for the first time that Joe Biden won the White House, but made clear he would not concede and would keep trying to overturn the election result. Trump’s statements came in tweets that included several baseless claims about the Nov. 3 vote, which state and federal officials say was safe and secure.

Trump tweeted that “Biden won,” something he had not said before publicly, though he said the Democrat’s victory was only “in the eyes” of the media. Biden defeated Trump by winning back a trio of Midwestern battleground states: Michigan, Wisconsin and Pennsylvania, and topped the 270 electoral vote threshold to clinch the presidency. Biden so far has 77.5 million votes, the most ever by a winning candidate, to Trump’s 72.3 million.

The president has previously refused to accept the results of the election and he dug in again Sunday, saying, “I concede NOTHING! We have a long way to go.” Even while seemingly acknowledging Biden’s victory, he also argued without evidence that the former vice president only won because the election was “rigged.” Trump then made unsubstantiated complaints about access for poll watchers and about vote tabulations and asserted, “WE WILL WIN!” Twitter soon posted warning labels about the tweets.

There has been no widespread fraud in the 2020 election. In fact, election officials from both political parties have stated publicly that the election went well and international observers confirmed there were no serious irregularities.

Trump’s campaign has tried to mount legal challenges across the country, but many of the lawsuits have been thrown out and none has included any evidence that the outcome might be reversed.

More than a week after Election Day, Trump has neither called Biden nor made a formal concession, and White House officials have insisted that they are preparing for a second term.

In recent days, Trump appeared to be inching closer to acknowledging the reality of his loss. In comments Friday in the Rose Garden about a coronavirus vaccine, Trump said his administration would “not be going to a lockdown” to slow the spread of COVID-19, and added that “whatever happens in the future, who knows which administration it will be? I guess time will tell.”

Trump on Sunday renewed his groundless attacks on an election technology firm, Dominion Voting Systems, without evidence of any serious irregularities. Dominion has said it “denies claims about any vote switching or alleged software issues with our voting systems.”

The Cybersecurity & Infrastructure Security Agency, a federal agency that oversees U.S. election security, said in a statement last week that the “November 3rd election was the most secure in American history.” The agency said, ”There is no evidence that any voting system deleted or lost votes, changed votes, or was in any way …read more

I never understood how air travel could feel luxurious, but my airline credit card fixes 3 of my biggest pain points about flying