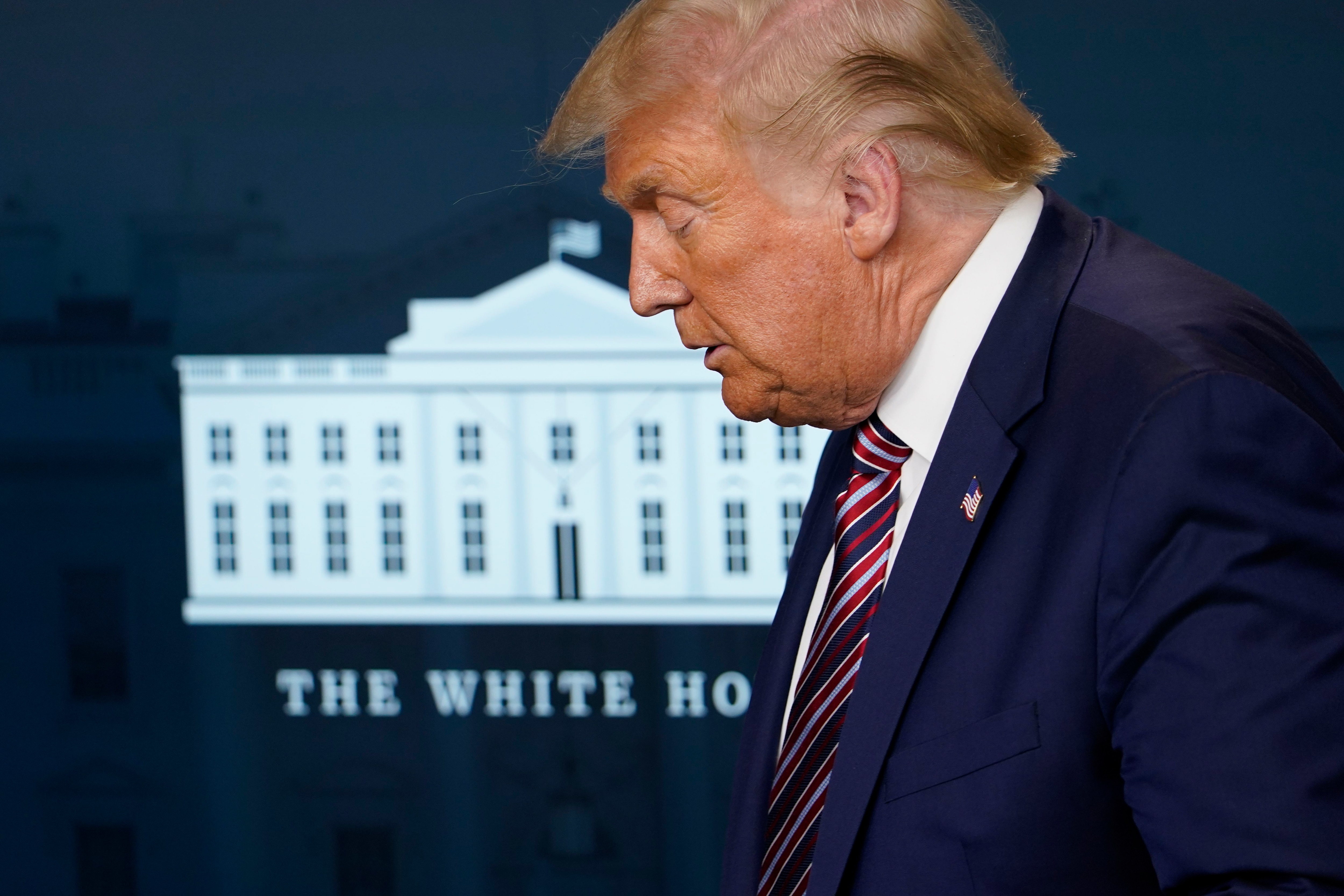 President Donald Trump frankly acknowledged Thursday that he’s starving the U.S. Postal Service of money in order to make it harder to process an expected surge of mail-in ballots, which he worries could cost him the election.

In an interview on Fox Business Network, Trump explicitly noted two funding provisions that Democrats are seeking in a relief package that has stalled on Capitol Hill. Without the additional money, he said, the Postal Service won’t have the resources to handle a flood of ballots from voters who are seeking to avoid polling places during the coronavirus pandemic.

Trump’s statements, including the false claim that Democrats are seeking universal mail-in voting, come as he is searching for a strategy to gain an advantage in his November matchup against Joe Biden. He’s pairing the tough Postal Service stance in congressional negotiations with an increasingly robust mail-in -voting legal fight in states that could decide the election.

In Iowa, which Trump won handily in 2016 but is more competitive this year, his campaign joined a lawsuit Wednesday against two Democratic-leaning counties in an effort to invalidate tens of thousands of voters’ absentee ballot applications. That followed legal maneuvers in battleground Pennsylvania, where the campaign hopes to force changes to how the state collects and counts mail-in ballots. And in Nevada, Trump is challenging a law sending ballots to all active voters.

His efforts could face limits. The U.S. Supreme Court on Thursday rebuffed Republicans who challenged an agreement in Rhode Island allowing residents to vote by mail through November’s general election without getting signatures from two witnesses or a notary.

For Democrats, Trump’s new remarks were a clear admission that the president is attempting to restrict voting rights.

Biden said it was “Pure Trump. He doesn’t want an election.”

Colorado Secretary of State Jena Griswold said it was ” voter suppression to undermine the safest method to vote during a pandemic, and force Americans to risk their lives to vote.”

Negotiations over a big new virus relief package have all but ended, with the White House and congressional leaders far apart on the size, scope and approach for shoring up households, reopening schools and launching a national strategy to contain the coronavirus.

While there is some common ground over $100 billion for schools and new funds for virus testing, Democrats also want other emergency funds that Trump rejects.

“They want $3.5 billion for something that will turn out to be fraudulent. That’s election money, basically,” Trump said during Thursday’s call-in interview.

Democrats have pushed for a total of $10 billion for the Postal Service in talks with Republicans on the COVID-19 response bill. That figure, which would include money to help with election mail, is down from a $25 billion plan in a House-passed coronavirus measure.

The Discarded of America against Atlético San Luis