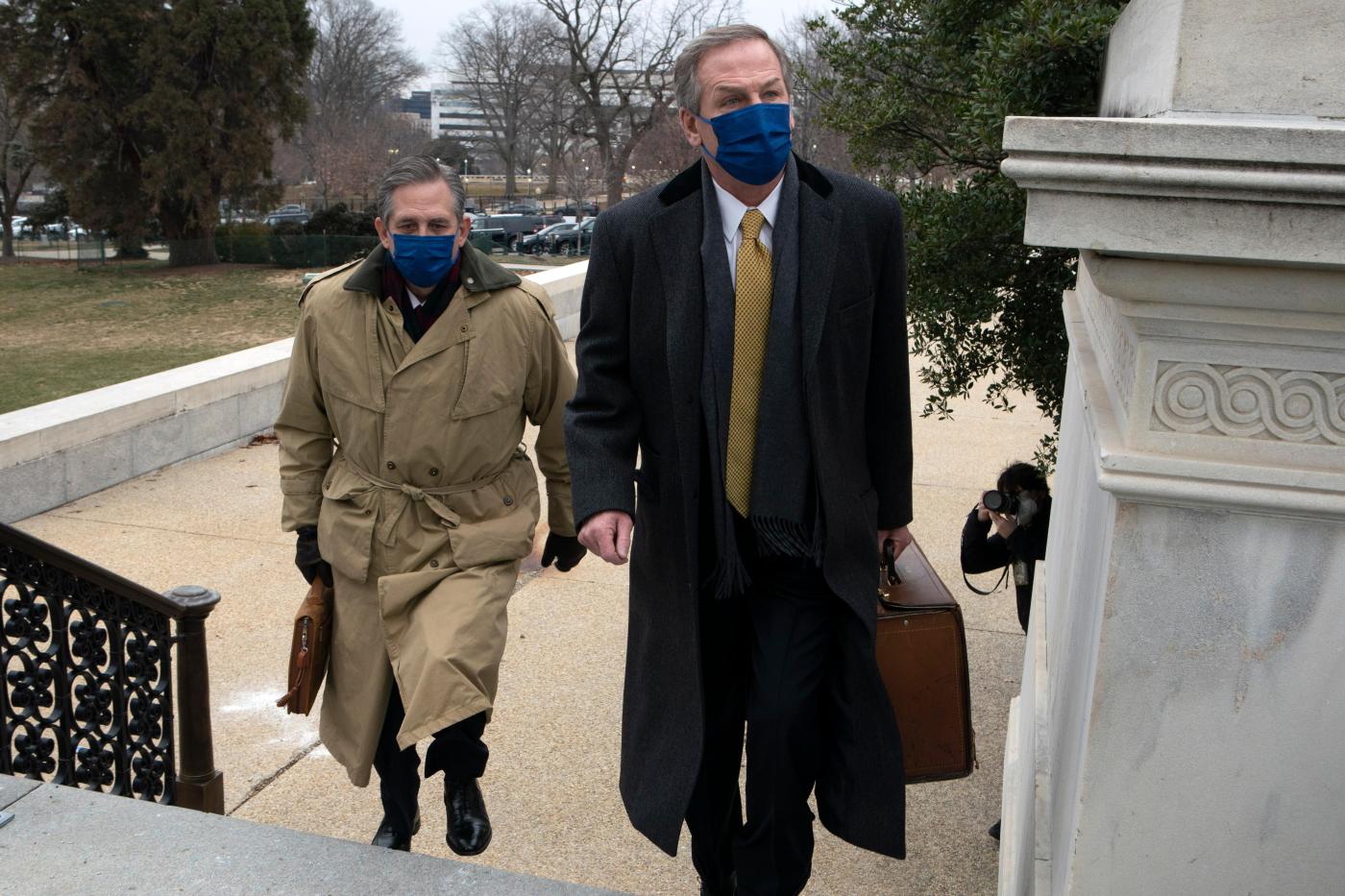 WASHINGTON (AP) — Donald Trump was acquitted Saturday of inciting the horrific attack on the U.S. Capitol, concluding a historic impeachment trial that spared him the first-ever conviction of a U.S. president but exposed the fragility of America’s democratic traditions and left a divided nation to come to terms with the violence sparked by his defeated presidency.

Barely a month since the deadly Jan. 6 riot that stunned the world, the Senate convened for a rare weekend session to deliver its verdict, voting while armed National Guard troops continued to stand their posts outside the iconic building.

The quick trial, the nation’s first of a former president, showed how perilously close the invaders had come to destroying the nation’s deep tradition of a peaceful transfer of presidential power after Trump had refused to concede the election. Rallying outside the White House, he unleashed a mob of supporters to “fight like hell” for him at the Capitol just as Congress was certify Democrat Joe Biden’s victory. As hundreds stormed the building, some in tactical gear engaging in bloody combat with police, lawmakers fled for their lives. Five people died.

The verdict, on a vote of 57-43, is all but certain to influence not only the former president’s political future but that of the senators sworn to deliver impartial justice as jurors. Seven Republicans joined all Democrats to convict, but it was far from the two-third threshold required.

The outcome after the uprising leaves unresolved the nation’s wrenching divisions over Trump’s brand of politics that led to the most violent domestic attack on one of America’s three branches of government.

“Senators, we are in a dialogue with history, a conversation with our past, with a hope for our future,” said Rep. Madeleine Dean, D-Pa.., one of the House prosecutors in closing arguments.

“What we do here, what is being asked of each of us here in this moment will be remembered.”

Trump, unrepentant, welcomed the his second impeachment acquittal and said his movement “has only just begun.” He slammed the trial as “yet another phase of the greatest witch hunt in the history of our Country.”

Though he was acquitted of the sole charge of incitement of insurrection, it was easily the largest number of senators to ever vote to find a president of their own party guilty of an impeachment count of high crimes and misdemeanors.

Even after voting to acquit, the Republican leader Mitch McConnell condemned the former president as ‘practically and morally responsible’ for the insurrection. Trump could not be convicted because he was out of office, McConnell contended.

The trial had been momentarily thrown into confusion when senators Saturday suddenly wanted to consider potential witnesses, particularly concerning Trump’s actions as the mob rioted. Prolonged proceedings could have been especially damaging for Biden’s new …read more