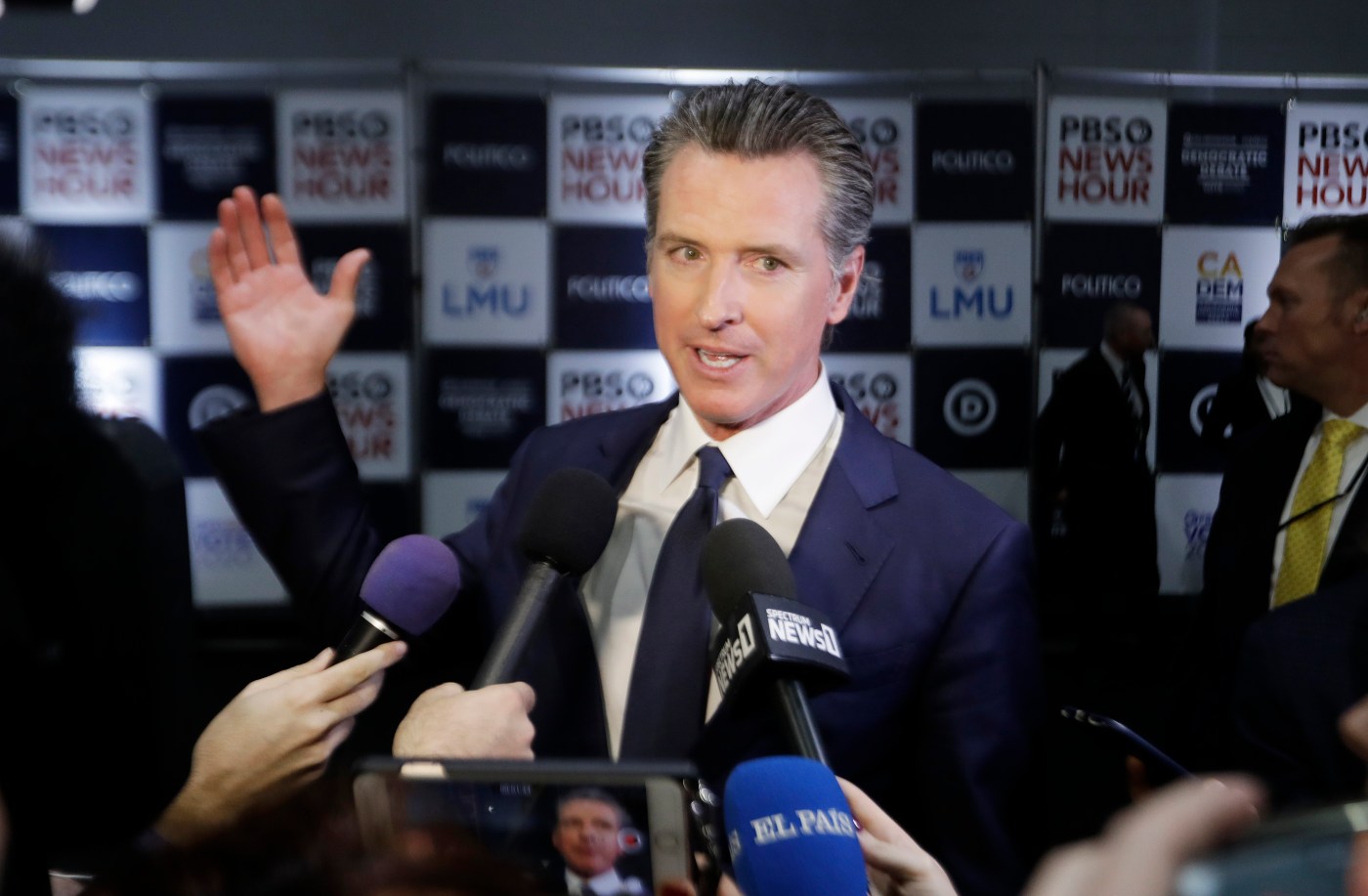 I still get buzzed when I recall that a majority of Californians looked at what Gavin Newsom allowed while mayor of San Francisco — rampant homelessness, transportation gridlock, failed public projects, a widening income gap, sidewalk needles and human, er, waste — and decided they wanted that for the whole state. They elected him governor in 2018, and now complain California is going to hell.

If you’re a Californian and a lover of such irony, Christmas came almost every day in 2019.

It’d be easy to pick on San Francisco — so let’s start there, with news that locals want to whitewash a mural at George Washington High School.

In the mural, the 1930s radical painter Victor Arnautoff depicts our first president as a racist slaveholder and bringer of death to the continent’s indigenous people. It was very subversive at the time. But today, merchants of identity politics have declared the mural offensive — not to the first president or the nation (which it is) but to high school kids who might be triggered by images of slaves picking cotton or Washington stepping over the corpse of a slain Indian.

Today’s fight over “Life of Washington” pits old-school lefty artists who understand the First Amendment’s value in shocking the bourgeoisie against a new generation of lefties for whom history — and language — must come with earmuffs. Bonus points for San Francisco: The town unveiled last month a massive mural of Swedish teen climate activist Greta Thunberg near Union Square.

Speaking of climate change, 13 California cities and one county have banned natural gas in new home construction in order to reduce greenhouse gases. Henceforth, new homes in these communities will require all-electric hookups. Problem: electricity in California is often generated by (wait for it!) natural gas.

These new regulations also make new home construction more expensive (check out the prices on induction stoves) and therefore exacerbate the state’s home affordability crisis — double-irony points! And here’s the triple-irony play: The U.S. already leads the world in reducing greenhouse gas emissions — in large part because of the rising production and use of natural gas. So, cutting access to natural gas means you hate Mother Earth.

In January, members of the Los Angeles teachers union walked out of their classrooms for the better part of a week. They had no alternative, said United Teachers of Los Angeles President Alex Caputo-Pearl: increasingly unable to pay the costs of living in the nation’s second-largest city, teachers needed a big pay hike.

The Los Angeles County Board of Education and the Los Angeles Unified School District superintendent said the union’s proposed pay package would bankrupt the district. But never mind the math: L.A.’s political establishment wilted, and approved the pay hike.

Then, confronting the predicted budget crisis, Caputo-Pearl immediately switched gears — pushing for Measure EE, a districtwide tax on property. But, see, everybody — even a teacher — has to live somewhere, and if you raise property taxes, you’re ultimately raising their cost of living. Perhaps understanding this, LA voters in …read more

The challenges that will come with an aging population