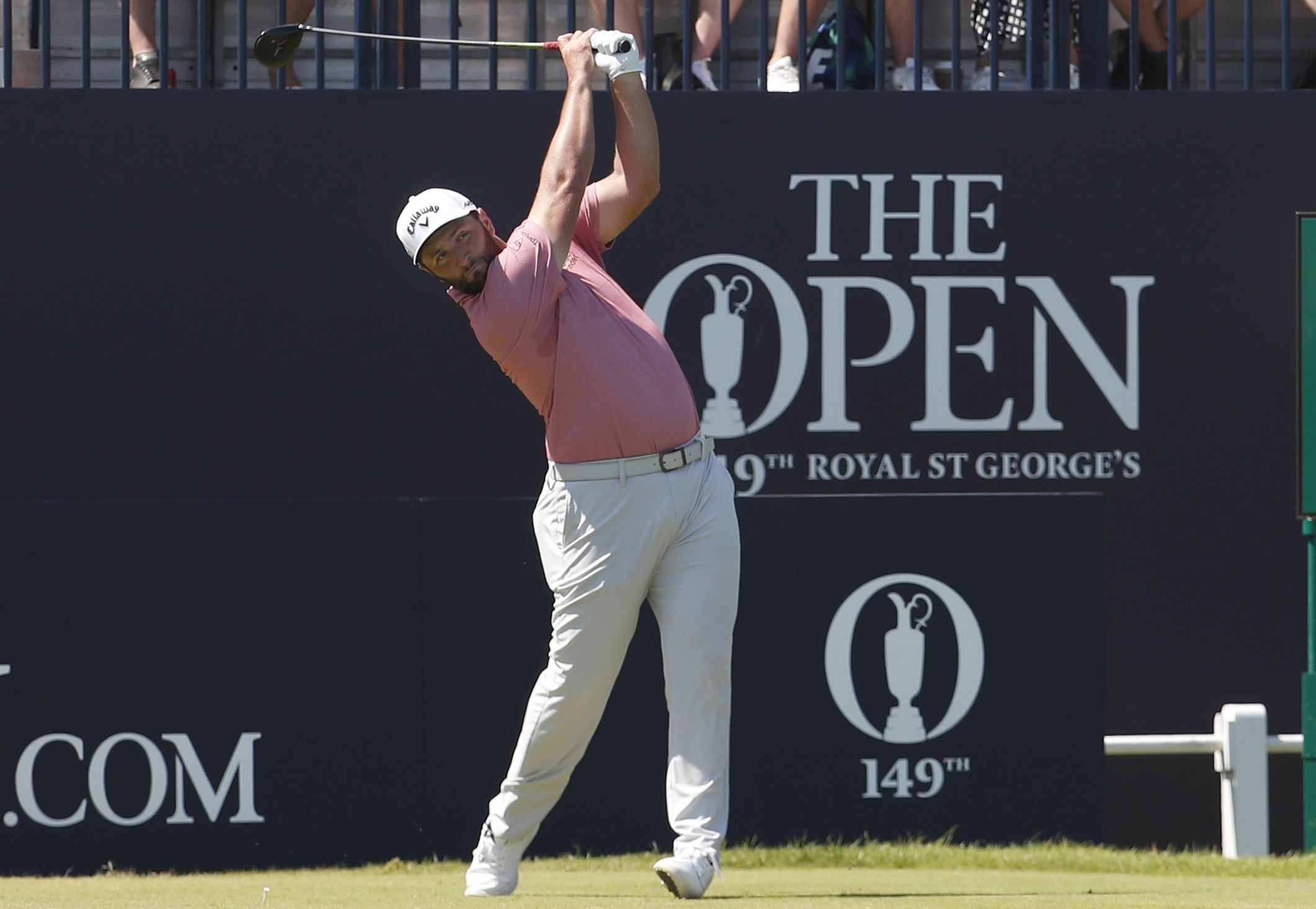 The Latest on the British Open (all times local):

Jon Rahm sets out to try to become the first player since Tiger Woods in 2000 to win the U.S. Open and British Open in the same year.

Recent history is not on his side.

Phil Mickelson in the 2013 British Open at Muirfield is the last player to win a major when starting the final round more than four shots out of the lead. Rahm shot a 65 on Saturday to get within five shots of the lead.

Mickelson had eight players ahead of him when he rallied from five shots behind at Muirfield. Rahm only had five players in front of him. Mickelson closed a 66, one of the great rounds in British Open history. Rahm might need something similar.

On another perfect day, there already have been been three rounds of 65 and two rounds of 66. Brooks Koepka is 5 under for his round through 12 holes.

Bryson DeChambeau finished a challenging week at the British Open with a 5-under 65 and a belief he can challenge for the claret jug at St. Andrews next year.

DeChambeau was bogey-free around Royal St. George’s in his final round and shot in the 60s for the first time in a week in which he got embroiled in a row with his club manufacturer and saw his beef with Brooks Koepka continue.

DeChambeau says he “understood a little bit more how to play Open Championship-style golf” and could have shot 9 under if he’d been better on the greens.

He expects to play the Scottish Open next year, a week before the British Open at the home of golf. He has never played the Old Course.

DeChambeau says “if I can drive it really well, I think there’ll be a lot of opportunities. I’ve heard that. Hey, maybe next year is the golden ticket for me.”

Lee Westwood soon will be setting the record for playing in the most majors without winning one.

That’s not stopping the 48-year-old Englishman enjoying himself in the final round at the British Open.

Westwood rolled in a long putt from the back of the green at the par-3 seventh hole for eagle and that brought him back into the red numbers at Royal St. George’s.

Jay Haas previously held the men’s record for most majors without a win, at 87.

Rickie Fowler shot 5-under 65 for the lowest round so far.

The sun is shining, the sky is blue and cloudless, and the flags are barely fluttering atop the grandstand at No. 18 that will be welcoming a British Open champion in about eight hours.

The final round is well underway at Royal St. George’s and the conditions couldn’t be more pleasant for the world’s best golfers.

Louis Oosthuizen leads on 12-under 198 and is looking to end a run of near misses at the majors to win his second claret jug after 2010.

The South African is a shot clear of former …read more