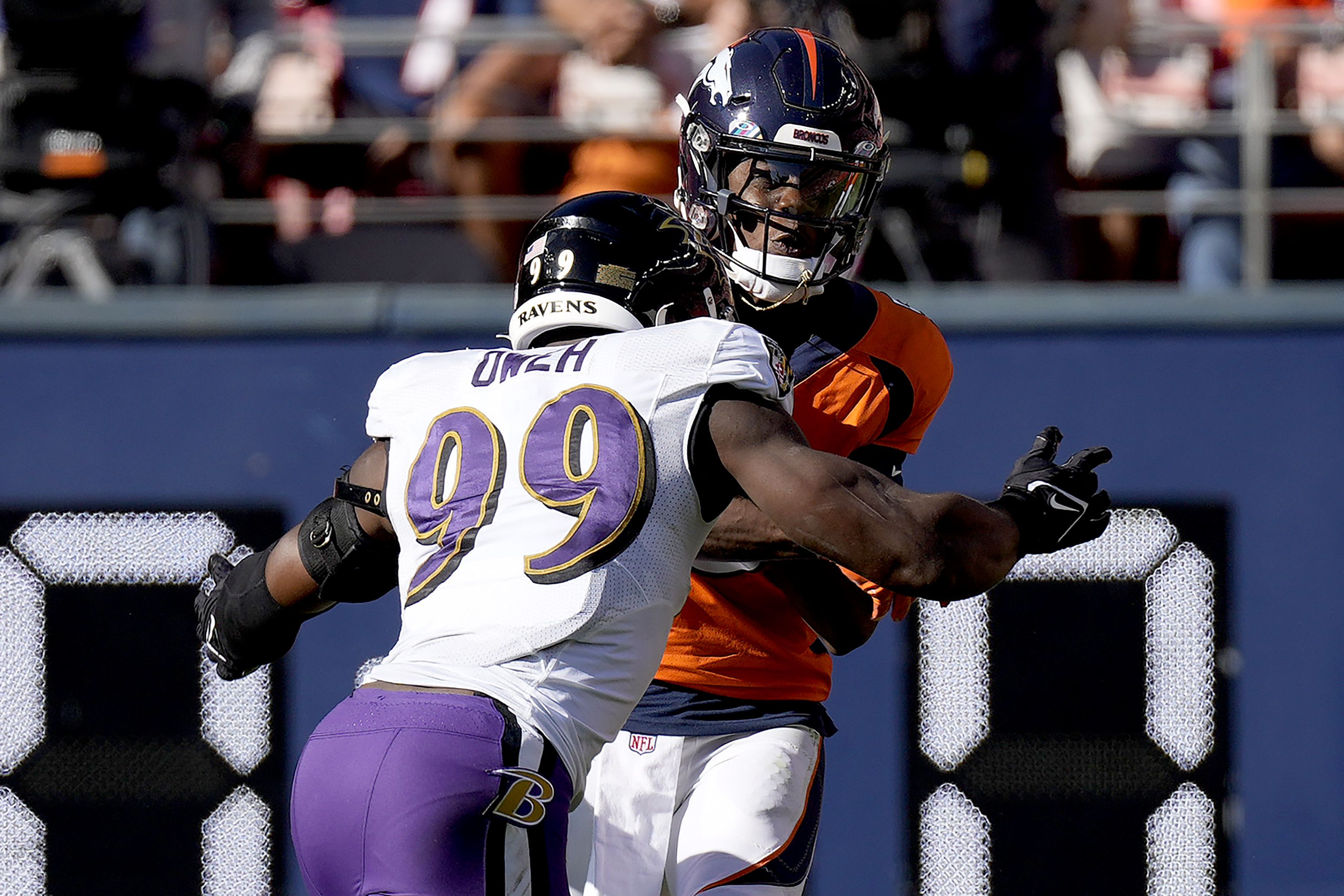 The Latest on Week 5 in the NFL (all times EDT):

Denver Broncos quarterback Teddy Bridgewater is active and one of his favorite targets is too for Sunday’s visit to Pittsburgh.

Bridgewater will start after exiting last week’s loss to Baltimore due to a concussion. Wide receiver Courtland Sutton is also active despite being listed as questionable after turning an ankle in practice on Friday.

Elsewhere, the Minnesota Vikings are holding star running back Dalvin Cook out for a second time in three games due to a sprained ankle. Cook was listed as questionable to play against Detroit. He had nine carries last week in a loss to Cleveland, splitting time in the backfield with Alexander Mattison. Cook didn’t play two weeks ago in a win over Seattle, after getting hurt in the team’s second game at Arizona.

Cook had a career-high 206 yards rushing last year against the Lions.

The NFL has returned to London after a one-year hiatus. The Atlanta Falcons face the New York Jets at Tottenham Hotspur Stadium in a matchup of 1-3 teams.

London hasn’t been kind to rookie quarterbacks. They are 0-4 in the English capital since the NFL started staging regular-season games there in 2007.

Jets QB Zach Wilson wants to change that by building on his success in New York’s 27-24 overtime win against the Tennessee Titans last week.

Falcons counterpart Matt Ryan will be without top receiver Calvin Ridley as the team tries to bounce back from a 34-30 loss to the Washington Football Team.

It was 63 degrees Fahrenheit and partly cloudy ahead of the 2:30 p.m. kickoff.