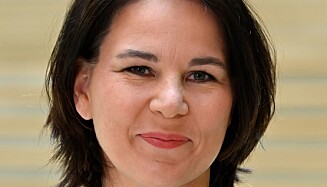 The Germans want another safe and solid leader after 16 years with Angela Merkel, and this summer they have flocked to Olaf Scholz, but he is a social democrat, writes Einar Hagvaag.

Internal comments: This is a comment. The commentary expresses the writer’s attitude.

Olaf Scholz from Hamburg is the surprising leader who has ignited the hope among the German Social Democrats in the SPD to conquer the Chancellor’s office in Berlin after the election to the Bundestag in Germany on 26 September. Last year, this was almost unthinkable.

This year it has gone from one political surprise to another. Last year, the SPD was in third place in the polls, with well under 20 percent support. The Greens had passed by and were up below 20 percent, while the Christian Democratic Union (CDU) and the Bavarian Christian Social Union (CSU) were safely at the top with over 38 percent.

So messed up CDU / CSU it to. Big sister CDU pointed to its leader, Armin Laschet, as their common chancellor candidate, despite the fact that the leader of the CSU, Markus Söder, had greater support among voters. After much deliberation, the CDU got its way in April. From New Year, the conservative sister parties plunged from over 36 to under 25 percent in May.

The Greens elected Annalena Baerbock, one of her two leaders. While the CDU / CSU plunged, the Greens rose sharply and were on May 6 in the polls as the country’s largest party with over 25 percent in support. Baerbock could become Chancellor after Angela Merkel, Germany could become “green”, the supporters hoped. Many analysts thought so too.

The hope did not last long. The party’s support has fallen below 16.5 percent in recent polls. Revelations by Baerbock about embellishing the life story and plagiarism contributed enough. The CDU / CSU got a short rise to just under 30 percent in July. Meanwhile, the SPD, Germany’s oldest existing party, was still in a hopeless third place with around …read more