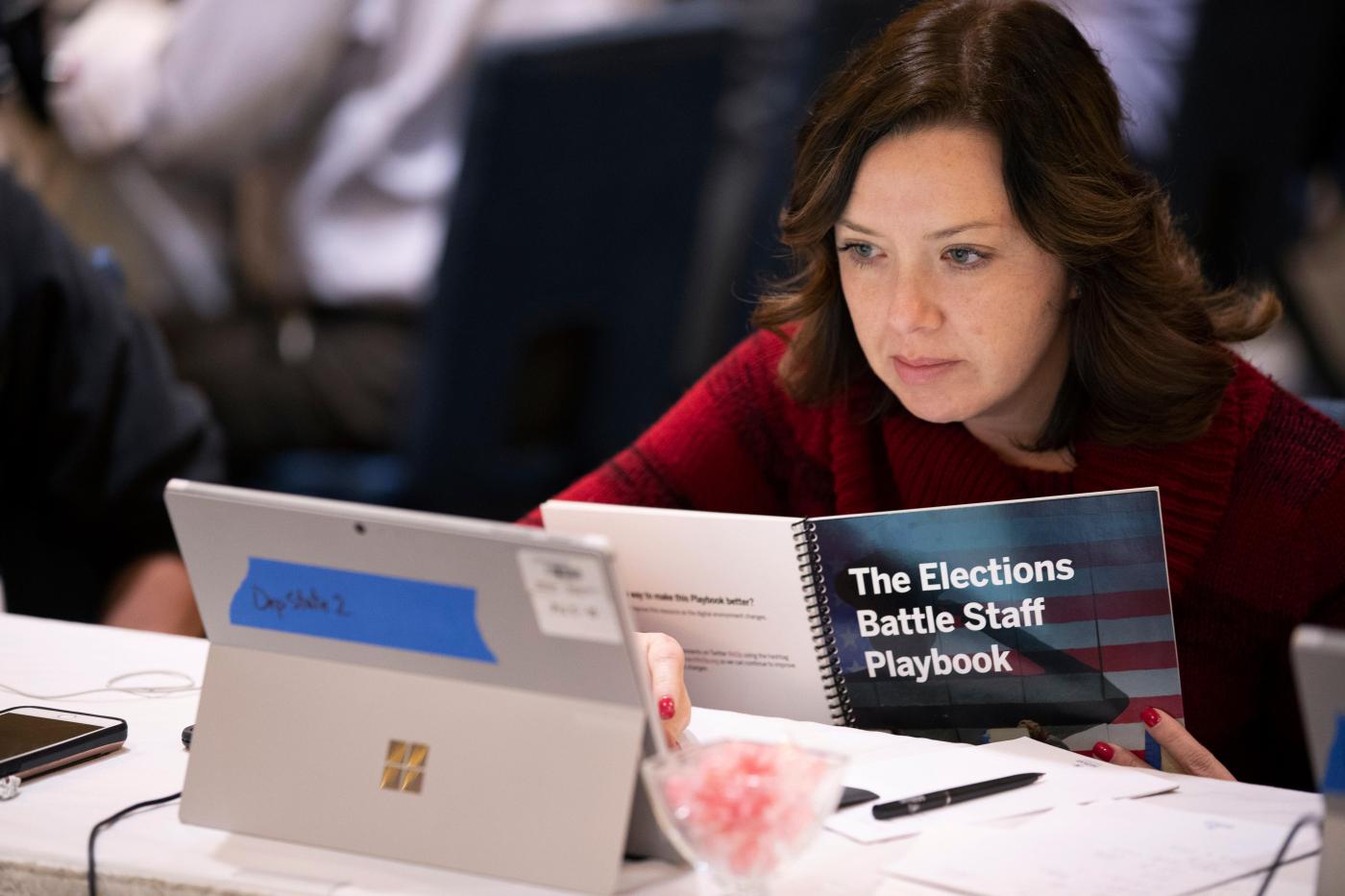 By CHRISTINA A. CASSIDY

SPRINGFIELD, Va — Inside a hotel ballroom near the nation’s capital, a U.S. Army officer with battlefield experience told 120 state and local election officials that they may have more in common with military strategists than they might think.

These government officials are on the front lines of a different kind of battlefield — one in which they are helping to defend American democracy by ensuring free and fair elections.

“Everyone in this room is part of a bigger effort, and it’s only together are we going to get through this,” the officer said.

That officer and other past and present national security leaders had a message to convey to officials from 24 states gathered for a recent training held by a Harvard-affiliated democracy project: They are the linchpins in efforts to defend U.S. elections from an attack by Russia, China or other foreign threats, and developing a military mindset will help them protect the integrity of the vote.

The need for such training reflects how elections security worries have heightened in the aftermath of the 2016 election, when Russian military agents targeted voting systems across the country as part of a multi-pronged effort to influence the presidential election. Until then, the job of local election officials could had been described as akin to a wedding planner who keeps track of who will be showing up on Election Day and ensures all the equipment and supplies are in place.

Now, these officials are on the front lines. The federal government will be on high alert, gathering intelligence and scanning systems for suspicious cyber activity as they look to defend the nation’s elections. Meanwhile, it will be the state and county officials who will be on the ground charged with identifying and dealing with any hostile acts.

“It’s another level of war,” said Jesse Salinas, the chief elections official in Yolo County, California, who attended the training. “You only attack things that you feel are a threat to you, and our democracy is a threat to a lot of these nation-states that are getting involved trying to undermine it. We have to fight back, and we have to prepare.”

Salinas brought four of his employees with him to the training, which was part of the Defending Digital Democracy project based at the Belfer Center for Science and International Affairs at the Harvard Kennedy School. The group has been working actively with former and current military, national security, political and communications experts — many of whom dedicate their time after work and on weekends — to develop training and manuals for state and local election officials. Those involved with leading the training asked for anonymity because of their sensitive positions.