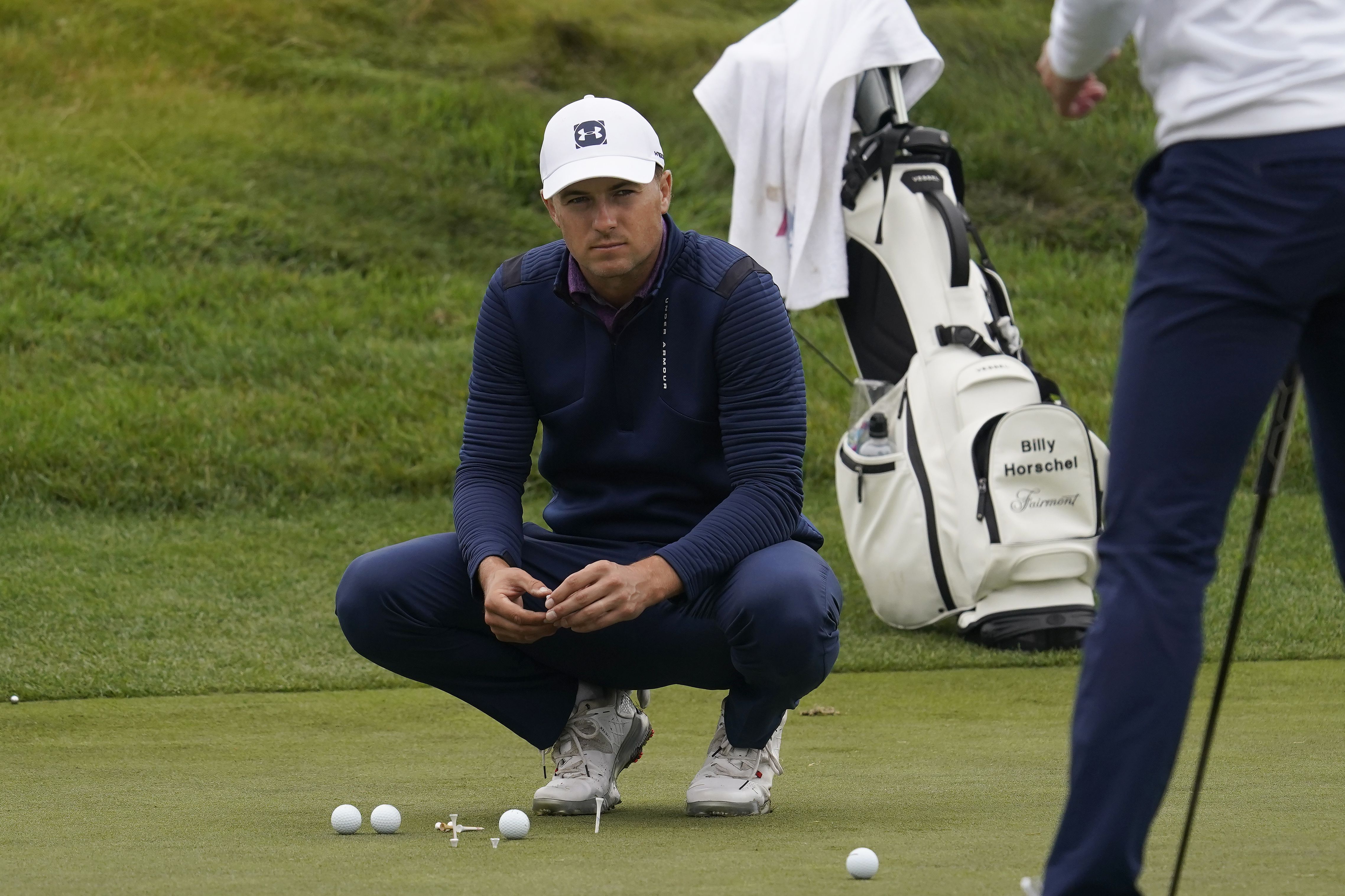 The spotlight on Jordan Spieth should be bright enough to cut through the marine layer blanketing Harding Park this week at the PGA Championship.

Win this major and he joins the most exclusive club in golf with the final leg of the career Grand Slam. Only five other players — Tiger Woods, Jack Nicklaus, Gary Player, Ben Hogan and Gene Sarazen — have won all four majors since the Masters began in 1934.

This is his fourth chance, and each year becomes more difficult. The longest anyone went from winning the third leg to completing the Grand Slam was three years by Player and Nicklaus.

And hardly anyone is talking about it.

It’s not because Brooks Koepka is trying to become the first player to win the PGA Championship three straight times in stroke play, or because Tiger Woods is going for his record-tying fifth PGA. It’s not even because golf has returned amid a coronavirus pandemic that has kept spectators away from a major championship for the first time.

Spieth has become an afterthought because he hasn’t won since he captured the British Open three years ago.

Who would have guessed that? Certainly not the 27-year-old Texan.

“If you told me that, I’d probably say that guy is kind of a jerk and I’d walk the other way,” Spieth said with a smile. “But here we are. And I hope to end that as soon as possible.”

So much has changed since his last visit to the TPC Harding Park. That was in 2015 for the Cadillac Match Play. Spieth was the newly minted “Golden Child” in golf as the Masters champion. He would win the U.S. Open the following month, miss a British Open playoff by one shot at St. Andrews and be runner-up at the PGA Championship.

Tiny Rubik's Cube goes on sale in Japan for anniversary

No one ever made such a spirited bid for the calendar Grand Slam.

He was No. 39 going to Bethpage Black last year. He played in the final group with Brooks Koepka on Saturday, albeit eight shots behind, and fell back quickly. He tied for third.

More troublesome than not winning is that Spieth has rarely contended. He has not finished within three shots of the lead since his remarkable rally in the final round of the Masters two years ago left him two shots behind Patrick Reed.

Is there hope? He has no doubt. Is there a chance at Harding Park? He has experience.

“Majors aren’t necessarily totally about form,” Spieth said. “They’re about experience and being able to grind it out, picking apart golf courses. So I feel like I probably …read more

As Democratic convention looms, a call for Mike Madigan to step down as Illinois party chair

The best online brokerages for beginners