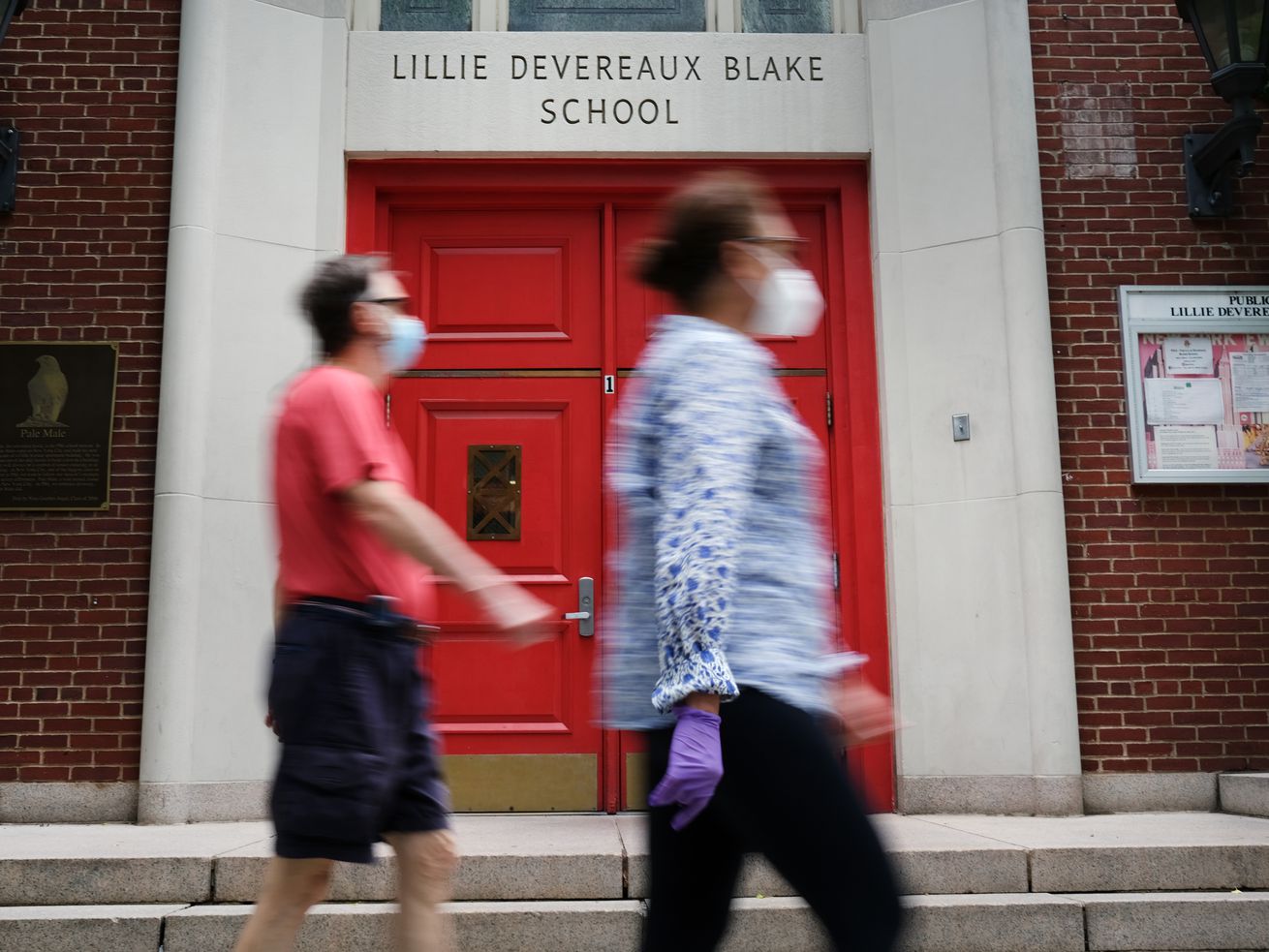 A public school stands on the Upper East Side on August 07, 2020 in the Manhattan borough of New York City. Due to the low COVID-19 infection rates reported in the city, New York Governor Andrew Cuomo announced Friday that all New York school districts may reopen this fall. | Spencer Platt/Getty Images

Reopening is easy. Keeping them open — with everyone healthy — will be the hard part.

Reopening schools is easy. Keeping them open will be the hard part.

As educators prepare to welcome students back to class for the first time in months, schools’ ability to quickly identify and contain coronavirus outbreaks before they get out of hand will be put to the test in thousands of districts around the country.

“It doesn’t matter if you open schools in July, like we did, or if you open in August, September or October. All schools are going to have to deal with the issue of positive COVID-19 test results,” said Lee Childress, superintendent of Corinth School District in Mississippi, where more than 100 students are quarantined at home after being exposed to a handful of infected classmates.

Schools are trying to mitigate the risk of transmission by spreading desks apart, serving meals in the classroom and keeping groups of students together throughout the day. Many schools — but not all — will require students and staff to wear masks, which health experts say is critical to cutting down on spread.

Job diary: I'm a professional mermaid who makes upwards of $250 for an appearance. Here's how I turned my passion for cosplay into a business.

Administrators say it might be difficult to control the mixing and mingling that happens at every school. Asymptomatic carriers could silently spread the virus to many others. A student might not remember every contact, or be reluctant to tell the truth because that would mean forcing friends into quarantine.

Contact tracing might prove difficult “when you have that many students and they have multiple contacts inside of a building,” said Dallas schools chief Michael Hinojosa.

Schools are reopening as new infections run at about 55,000 a day in the U.S. While that’s down from a peak of well over 70,000 in the second half of July, cases are rising in about half of the states, and deaths are climbing in many of them.

In Indiana, where case numbers and the positivity rate have been rising, a student showed up to class outside Indianapolis before getting the results of a virus test. Greenfield-Central Junior High soon learned he was positive.

It was the first day of school.

“We felt like we were at a good place to start school and then, through no fault of our own, a kid comes to school who shouldn’t have been there,” Superintendent Harold Olin said, acknowledging “uncomfortable” conversations with parents whose children then had to be quarantined.

Because it was the school system’s first case, Olin himself grabbed a tape measure and headed to the infected …read more