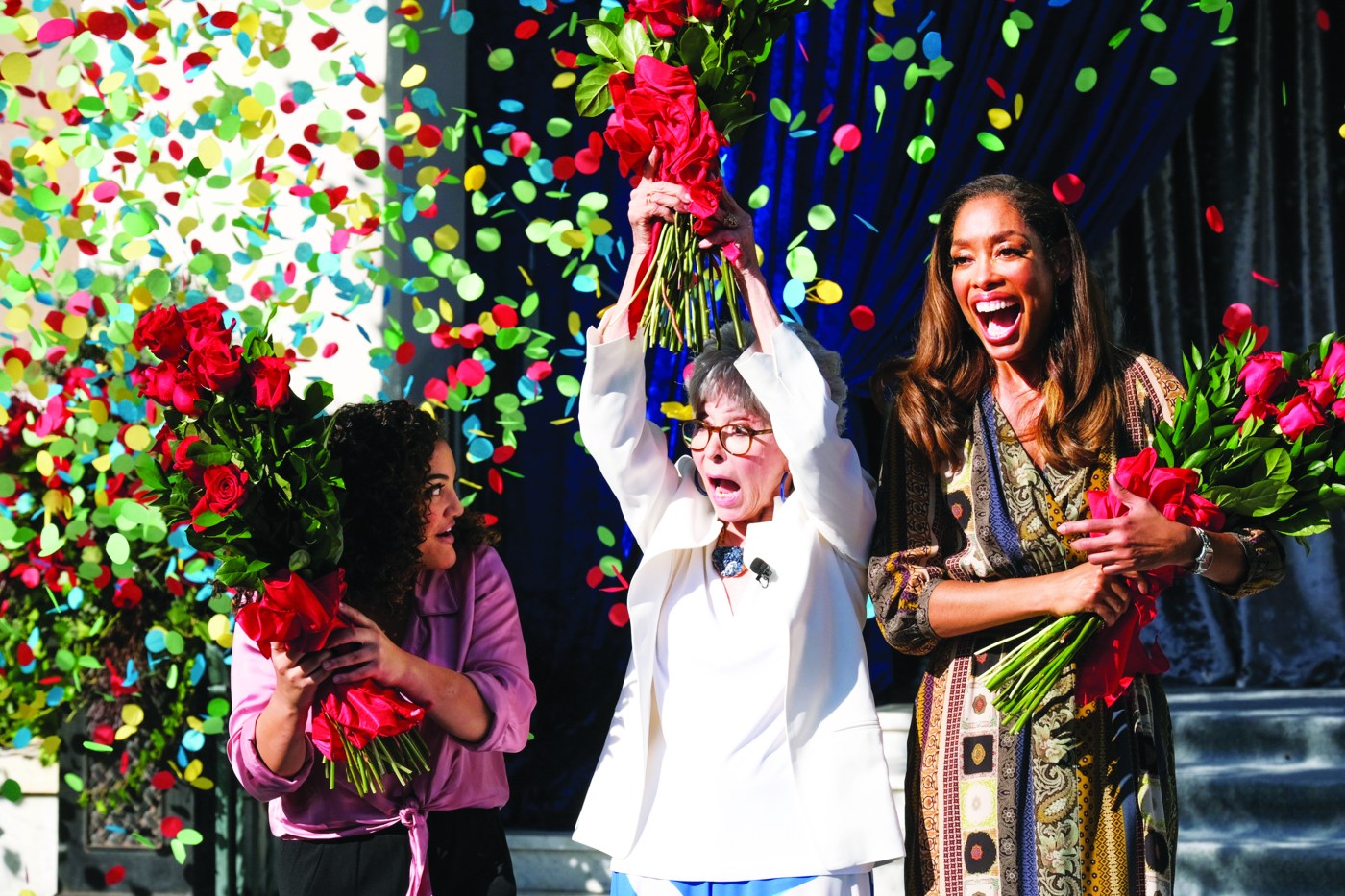 When Rita Moreno, Gina Torres and Laurie Hernandez were announced in October as grand marshals for the 131st Rose Parade, the selection was fitting.

Over the years, several past choices reflected California in some way. These three Latina women (a veteran Puerto Rican entertainer, Cuban-American actress, Puerto Rican-American Olympic gymnast) epitomize the 2020 “Power of Hope” theme in a state where Hispanics comprise the population’s largest ethnic group.

“Through their talent, efforts, persistence and dedication, they have achieved excellence and have given back to the world stories of hope, dreams fulfilled, dignity, respect and inspiration,” Laura Farber, the Tournament of Roses president, said about the trio in a statement.

A look at the careers and accomplishments of the 2020 grand marshals:

Rita Moreno — who turned 88 on Dec. 11 — was born in Puerto Rico and grew up in Long Island, N.Y. She started doing Spanish voice-overs for American films at age 11. A couple years later, Moreno scored her first Broadway role and was soon starring in multiple film, television and theater productions.

The multi-faceted entertainer is probably best known for the performances that netted Primetime Emmys (“The Muppet Show,” “The Rockford Files”), a Grammy (“The Electric Company”), an Oscar (1961’s “West Side Story”) and Tony (1975’s “The Ritz”) — putting Moreno in the rare EGOT club. She also won Golden Globe, Peabody, Kennedy Center, Presidential Medal of Freedom and National Medal of Arts awards.

During the 1970s and ’80s, Moreno did guest spots on “The Love Boat,” “The Golden Girls” and “Miami Vice.” Other notable TV appearances include “Where on Earth is Carmen Sandiego” (the animated series and its 2019 film version), “Oz,” “The Nanny,” “Law & Order: Criminal Intent,” “Ugly Betty,” “Grace and Frankie” and “One Day at a Time.” In late 2020, Moreno will be seen in the Steven Spielberg-directed film remake of “West Side Story,” starring Ansel Elgort.

Having participated in the 1963 March on Washington for Jobs and Freedom, famous for one of Dr. Martin Luther King Jr.’s stirring speeches, Moreno still keeps active in social causes. Two years ago, she joined Jennifer Lopez, Gloria Estefan, Camila Cabello, Marc Anthony and others for the Hurricane Maria benefit single, “Almost Like Praying,” under the name Artists for Puerto Rico. The project was spearheaded by “Hamilton” creator Lin-Manuel Miranda.

Gina Torres, 50, is a Manhattan native who grew up in the Bronx. She started singing as a child, attended a performing arts high school in NYC, trained in jazz and opera and was in a gospel choir. Torres appeared in Broadway plays and musicals working with acclaimed theater legends Tommy Tune and Jerry Zaks.

But her main focus was acting, and the 1990s saw appearances on such TV programs as “Law & Order,” the daytime soap opera “One Life to Live,” “Xena: Warrior Princess,” “Hercules: the Legendary Journeys” and “La Femme Nikita.”

Since the 2000s, the Afro-Cuban actress has gained a reputation for taking tough, confident female roles. She added some big screen work, notably with two of “The Matrix” sequels and more television appearances …read more

Lakers’ loss to Clippers highlights problems they still must solve