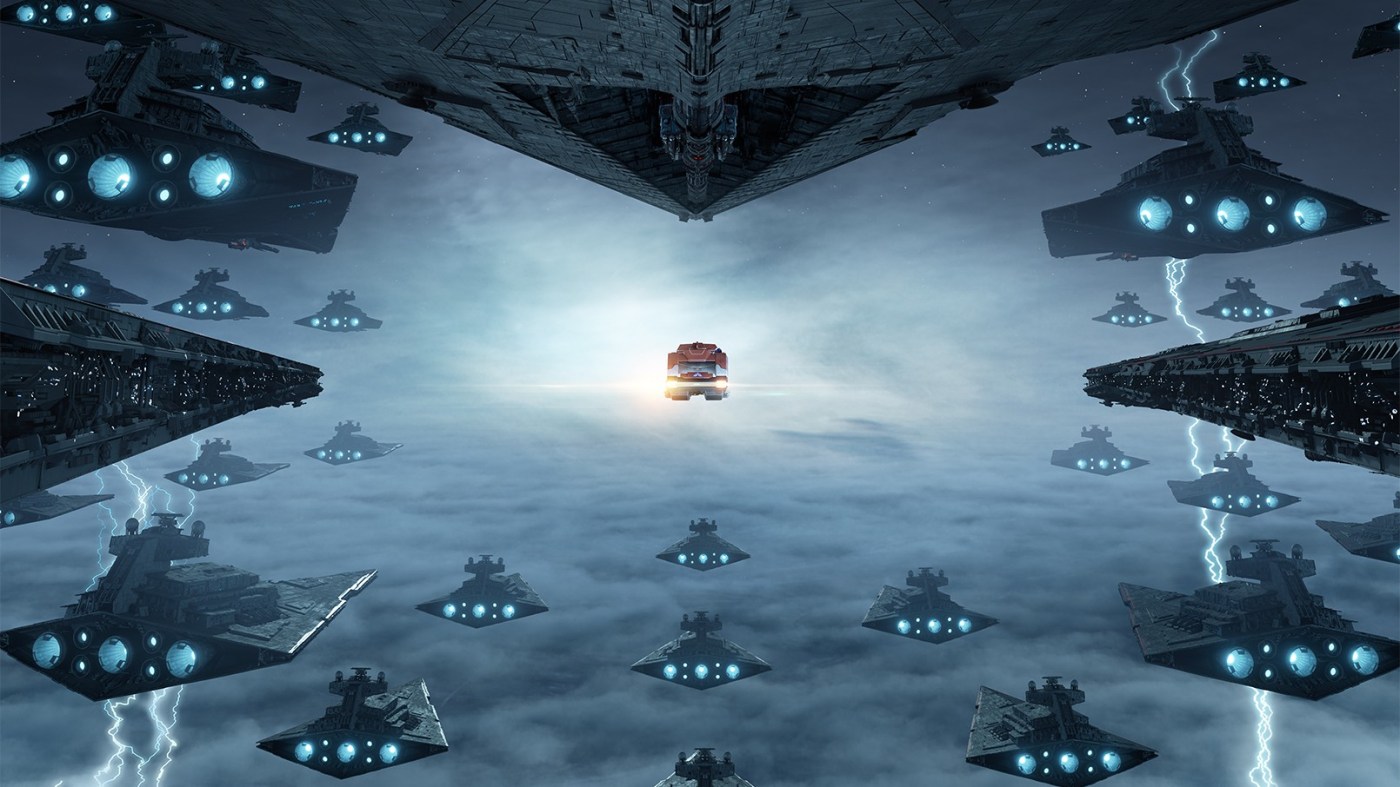 The new “Star Wars: The Rise of Skywalker” scenes in the updated Star Tours attraction at Disneyland puts a bow on the Skywalker saga just as the final film wraps up the epic space opera.

“We don’t know where Star Wars is going in the future,” Walt Disney Imagineering creative executive Tom Fitzgerald said. “Hopefully there will be episodes that fit in the timeline that will let us add more.”

Imagineering added two new scenes to the venerable motion simulator attraction inspired by “The Rise of Skywalker” that take riders aboard a Starspeeder 1000 spaceship to the Star Wars ocean moon Kef Bir and an epic space battle amid hundreds of Star Destroyers.

Fitzgerald worked on the launch of Star Tours in 1987 at the Anaheim theme park.

“Being able to wrap up the Skywalker saga with this was a pure joy for me,” Fitzgerald said at Disneyland.

In preparation for the Star Tours update, Fitzgerald traveled to Lucasfilm in Northern California to read “The Rise of Skywalker” script in a locked room.

“We’re not doing a book report of the film,” Fitzgerald said. “We need to think about what would make a great simulator experience and would differentiate from what we have in the other chapters.”

Imagineering worked hand-in-hand with Lucasfilm and Industrial Light & Magic to decide where Star Tours could take liberties and creative license with the Star Wars storytelling in the Disneyland attraction.

“Star Tours is a greatest hits ride,” Fitzgerald said. “You want to go to your favorite places, see your favorite characters and feel like you’re flying through those worlds. That’s the DNA of it.”

The sprawling battle scene from “The Rise of Skywalker” was added to the updated Star Tours attraction late in production as Fitzgerald continued to read the ever-evolving script.

“This battle scene in Episode IX is so epic and so critical to wrapping up the saga,” Fitzgerald said. “If this is the wrap-up of Star Tours, it would be strange to not have it. You had to have it.”

It just made sense that the Star Tours Starspeeder would join the fight in the epic battle sequence, Fitzgerald said.

SEE ALSO: Rise of the Resistance: I rode Disney’s new Star Wars attraction 4 times and here’s what it’s like

The latest Star Tours chapter makes a call back to the original attraction, with C-3PO repeating a line uttered by an RX-Series pilot droid known as Rex.

“I made sure that Threepio says, ‘Artoo, we just passed …read more