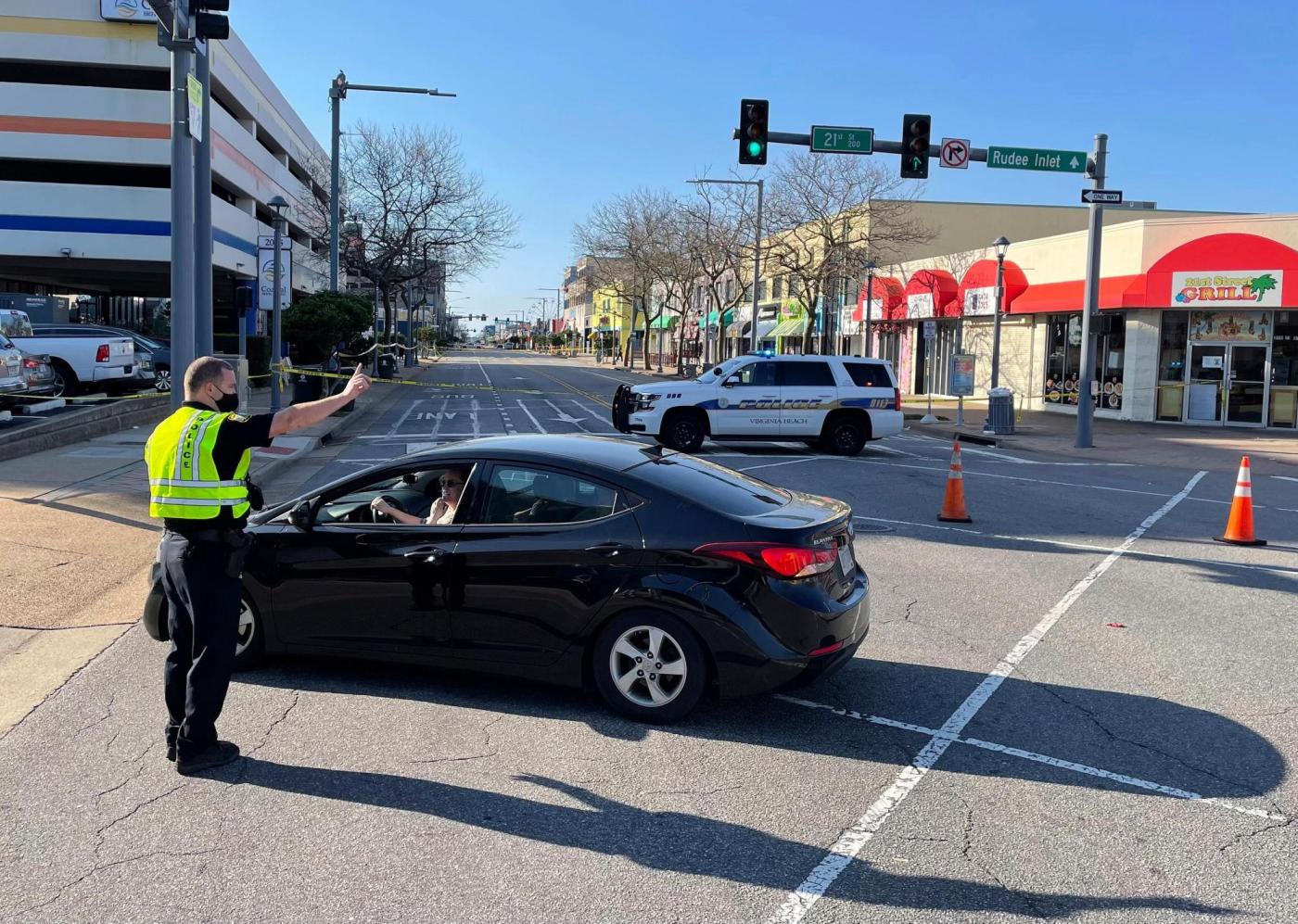 VIRGINIA BEACH, Va. — A pair of overnight shootings along the beachfront in Virginia Beach left two people dead and eight wounded in a scene described by authorities on Saturday as “very chaotic.”

In a statement, the Virginia Beach Police Department said the first shooting occurred shortly after 11 p.m. Friday when police who were patrolling the area heard gunfire. Police arriving at the scene found a woman who died of her injuries and eight people whose injuries were described as serious or life-threatening. In addition, an officer sustained minor injuries after being struck by a vehicle, Chief Paul Neudigate said at a news conference.

While officers were investigating the original shooting, shots were fired nearby, Neudigate said. An officer confronted a male suspect and fatally shot him. The officer has been placed on administrative leave. He has been with the department for five years and is assigned to its special operations division.

No suspect information was immediately available. Neudigate said several people were in police custody, but their possible involvement in the shooting was still under investigation. He said he believed the incidents all took place outdoors.

Two full blocks that mostly made up a city-owned parking lot remained blocked off by police tape on Saturday. Dozens of cars were inside the crime scene, with officers inspecting some of them. A couple of blocks away, a car that was surrounded by police tape sat in the middle of a street.

Akereia Drayton, who was still waiting to get her car from the lot on Saturday, said she was coming out of a club on Friday night after the shooting ended and saw “mass chaos” and many people running.

“People were literally falling over themselves,” Drayton said. “There was a mass swarm of people that came to get to their cars. And then there was a wreck.”

Kevin Robertson, who lives a few houses away from the parking lot, said he was on his porch when the shooting began. He said the gunfire lasted for what seemed like 15 minutes.

“There were definitely two or three guns,” he said, adding that he could hear gunshots coming from different areas outside of his house as time went on.

Bill Feis, who also lives a few houses away from the parking lot, said he was in bed and could hear people talking loudly before the shooting, which he said “sounded like someone threw a package …read more

Buy these 30 stocks that are best-placed to benefit from the pandemic’s ‘seismic shifts’ and continue surging in its aftermath, BTIG says