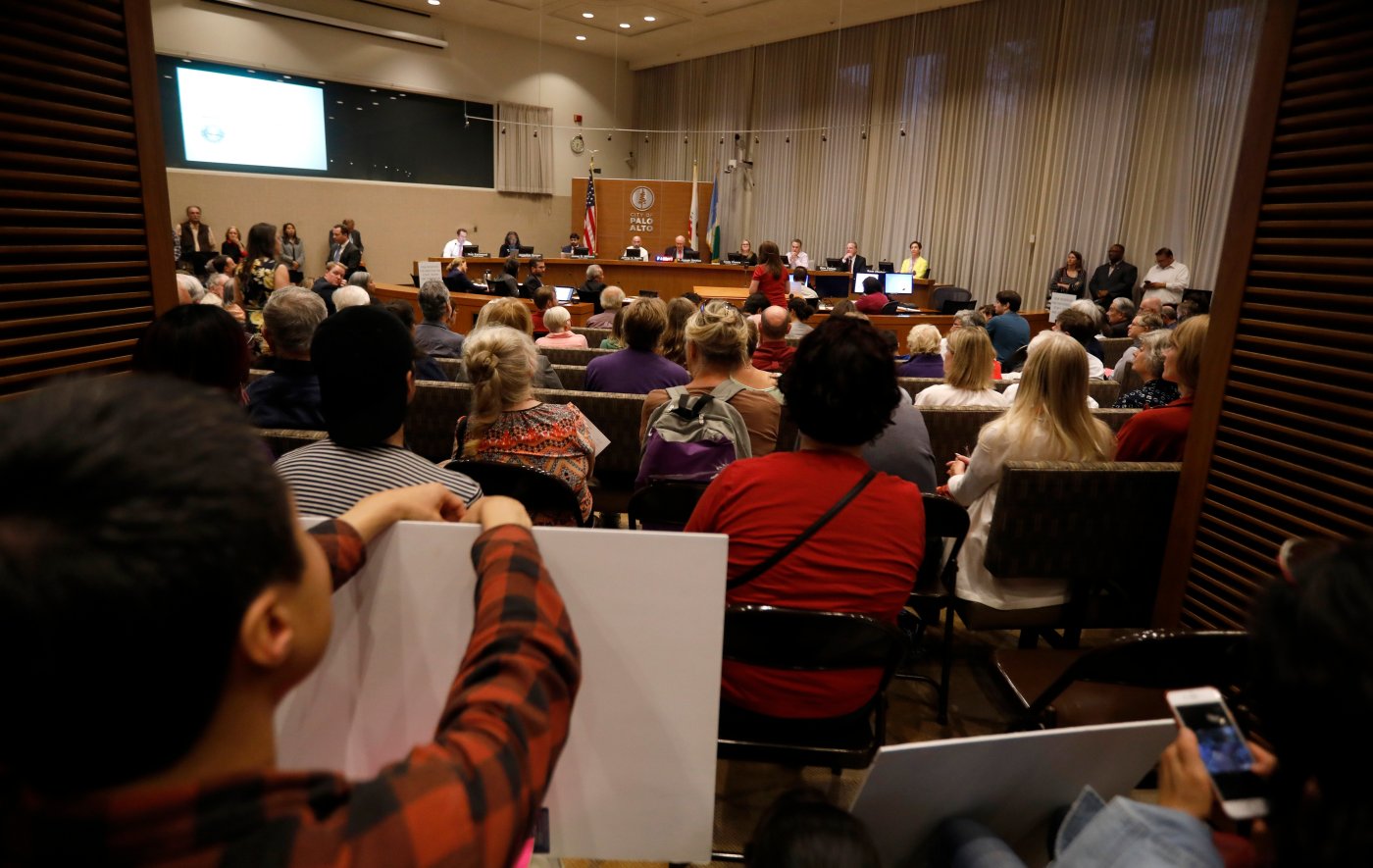 PALO ALTO — Following in the footsteps of Mountain View and East Palo Alto, council members on Monday passed a measure to allow overnight parking for vehicle dwellers — though the measure has more strenuous rules than other cities.

A new safe parking pilot program which council members unanimously supported would start with four safe parking spaces on church parking lots that sign up to participate, an effort to deal with the increasing number of people who are living in their cars in the city.

The pilot is one of three steps the city is taking to implement overnight parking all over the city, first starting with religious institutions and moving on to private commercial parking lot owners and eventually city-owned lots.

The program, like others in the Peninsula, will also connect vehicle dwellers with services and case management in the hopes of connecting them to more permanent stable housing.

But unlike some other cities that have taken similar steps to house temporarily homeless people living in their cars, Palo Alto religious institutions will have to first acquire a permit. And people living in their cars will have to comply with city rules mandating they have a California driver’s license, car insurance and car-ownership paperwork.

The program also restricts overnight parking to between 6 p.m. and 8 a.m.

In addition, the fact that the program only applies to religious institutions for the first year-and-a-half had some residents worried about its effectiveness, as the number of spots is not nearly enough to house the dozens of people living in their cars in the city.

Although they agreed that the original plan — which would have made the program last only 90 days and expire in March 2022 — might have been too strenuous for religious institutions to volunteer their lots for the program, council members split in a 4-3 vote on whether to notify people living with 600 feet of an overnight parking lot and not just those living next door.

Council members Lydia Kou, Vice Mayor Tom Dubois and Mayor Adrian Fine dissented, arguing that something as small as what the pilot is proposing won’t likely impact residents all that much.

“We’re treating this like it’s 10 or 20 cars,” DuBois said. “We notify people within 600 feet for a large project like a police station. Immediate neighbors is what we do for two-story houses, and that’s what staff recommended. We are tailoring these rules for what’s a very small program, we’re overdoing this for four vehicles.”

But Greg Tanaka said that given the controversial nature of the measure, the city should make every effort to notify residents about the program.

“To not notify our residents is basically taking us toward possible failure,” Tanaka said. “There are people who don’t align with people who spoke today, and people will get upset about this which will take us back to square one. We should be cautious to make it successful, so we should get the feedback.”2

Like many council members and residents who spoke in front of the council Monday, housing activist Kelsey …read more

Giuliani associate Lev Parnas threw Trump under the bus in a new interview, saying the president ‘knew exactly what was going on’ in Ukraine the whole time