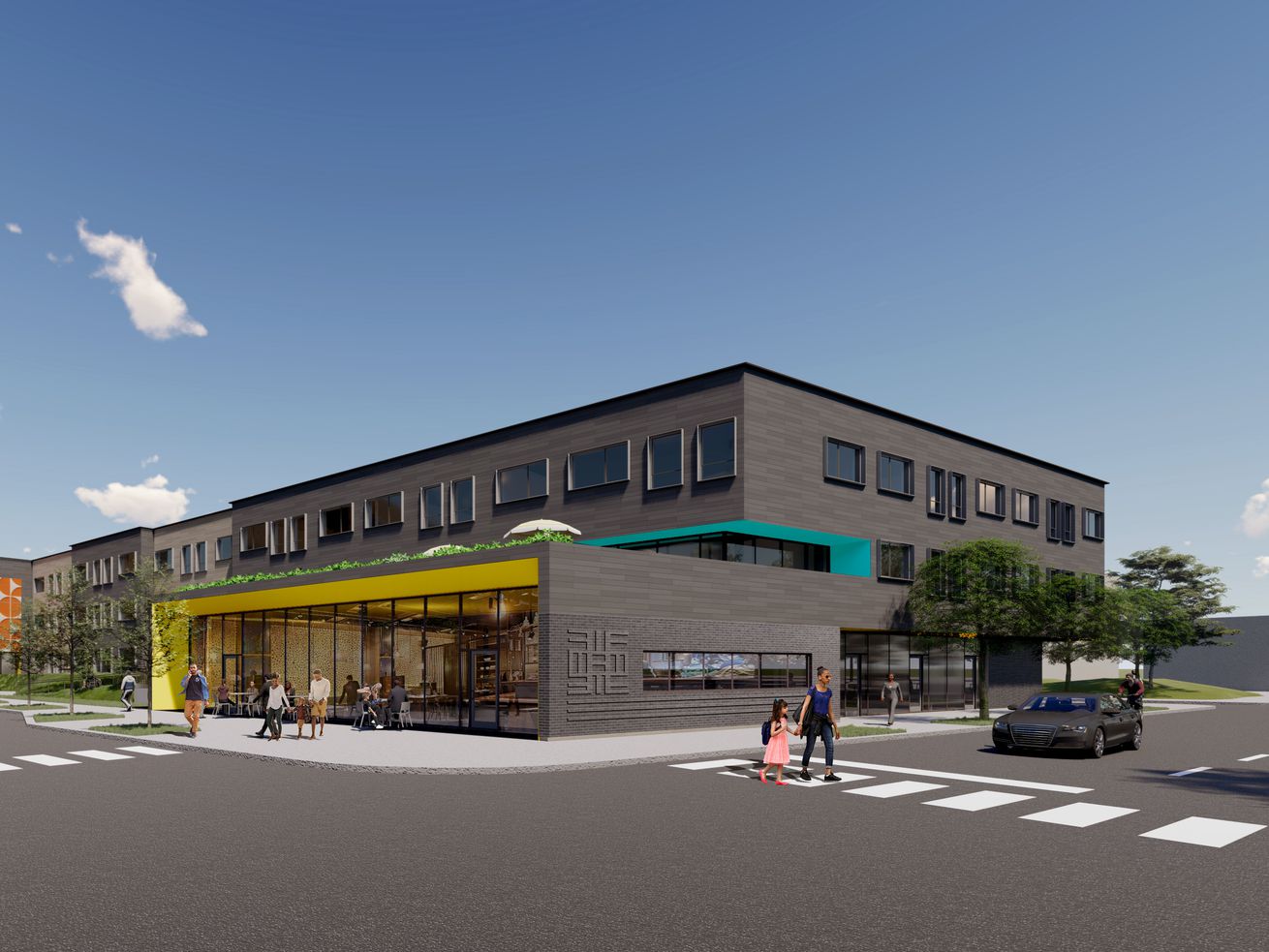 The project by Preservation of Affordable Housing emphasizes an environmentally friendly design for vacant land in the Garfield Park area.

A nonprofit developer has submitted plans for affordable housing on the West Side in a dual effort at community renewal and environmental awareness.

Preservation of Affordable Housing has proposed two buildings at Kedzie and Fifth avenues in the Garfield Park area that would contain 81 apartments and space for small retailers. The vacant property is city-owned and the $25 million proposal is part of an international competition encouraging sustainable design in metro areas.

The three-story buildings will include solar panels, green roofs, energy-efficient lighting and other features that aim for a carbon-neutral impact while lowering energy costs, said a zoning application for the site. The proposal was introduced to the City Council on Wednesday, which will lead to a committee hearing and a vote that could come in a few weeks.

William Eager, POAH’s senior vice president of Midwestern development, said he hopes to start construction later this year on the first building with 50 apartments and about 5,500 square feet for retail. Eager said acquisition terms are still being negotiated with the city.

Eager said the project will require city subsidies in some form, such as a reduction in the land price or help from a tax increment financing district. He said rents will be affordable to tenants earning up to 80% of the area’s median income, with some units reserved for those with lower incomes. The area’s current median income for a family of four is $93,200 a year as determined by the federal government.

The city’s Department of Planning and Development backed an earlier version of the project in 2019. It is part of Chicago’s entry in a Reinventing Cities contest to promote sustainability. The contest is sponsored by C40, a network of nearly 100 cities worldwide.

The project, called Garfield Green, can move forward now because it’s gone through community meetings, a process made harder by COVID-19, Eager said. “We believe community engagement is really important, but it was challenging to do that in a meaningful way right now.”

His team, which includes Perkins & Will and Nia Architects, made several changes based on residents’ input, Eager said. The buildings will be on either side of Fifth Avenue on the east side of Kedzie.

POAH operates in 11 states and Washington, D.C., with an Illinois portfolio of 26 properties containing 2,155 apartments. Most are in the Chicago area.

The Garfield Park development will include 32 parking spaces, a relatively small commitment because the site is close to public transit. The units will range from one to three bedrooms.

Residents will have access to a terrace, rooftop gardening boxes and exercise and community rooms.

“The orientation of the building and planting of mature trees are also designed to maximize solar heat gain in the winter and natural cooling in the summer,” said the zoning application.