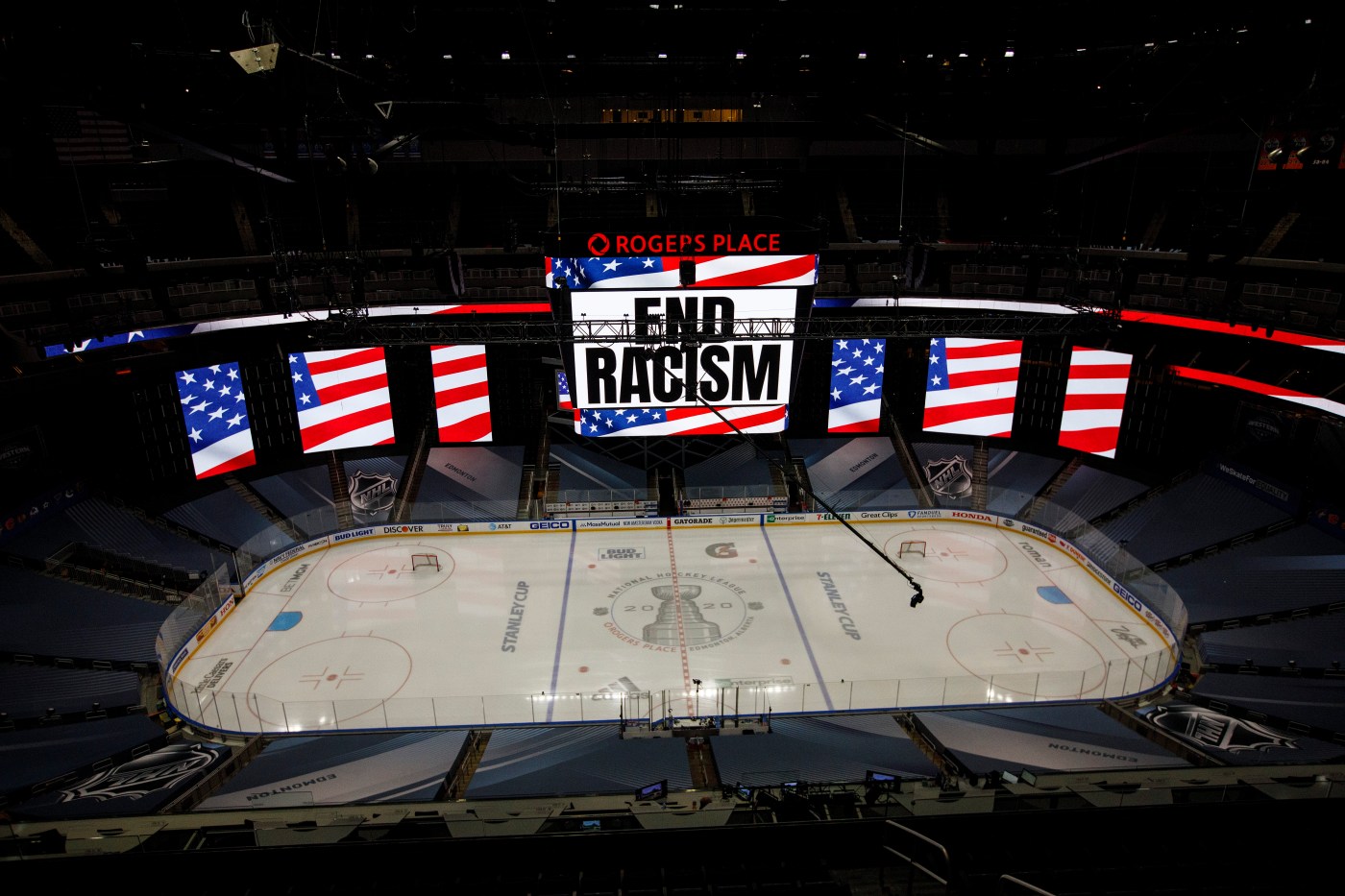 NHL players are discussing options to protest racial injustice after the NBA and other professional sports leagues postponed games, according to a person with knowledge of those talks.

The person spoke to The Associated Press on condition of anonymity early Thursday because those discussions were private. The subject rose to the forefront as multiple leagues called off games and two prominent Black NHL players expressed frustration that the predominantly white league went ahead Wednesday with two games preceded by moments of reflection.

Minnesota’s Matt Dumba and San Jose’s Evander Kane, founding members of the Hockey Diversity Alliance, criticized the NHL for going ahead with games while every NBA playoff game, plus three in Major League Baseball and others in Major League Soccer and the WNBA, were postponed. Players in those leagues were protesting the shooting by police in Kenosha, Wisconsin, of Jacob Blake, a Black man.

Reached Wednesday night before Tampa Bay-Boston began and after the NBA’s decision, deputy commissioner Bill Daly said postponing games was not currently being contemplated. Daly added, “Obviously, we will see if the players feel differently and will respond appropriately and as necessary.”

The NHL Players’ Association is having those discussions ahead of two games scheduled for Thursday.

Kiszla: Nathan MacKinnon is best hockey player on Earth, but he won’t beat Dallas in NHL playoffs all by himself.

Boston captain Zdeno Chara expressed support for NBA players but said it was too close to the 8 p.m. game time for players to have a serious discussion about not taking the ice.

“We were just getting ready,” Chara said after Game 3 against Tampa Bay. “But we support the fight against racism and injustice. There’s different ways to express that fight and, obviously, NBA players expressed their opinions by boycotting the games today, so we support it.”

Joy-Anna Duggar Shows Off Post-Baby Weight Loss: Do the Duggar Women Have a Fitness Secret?!