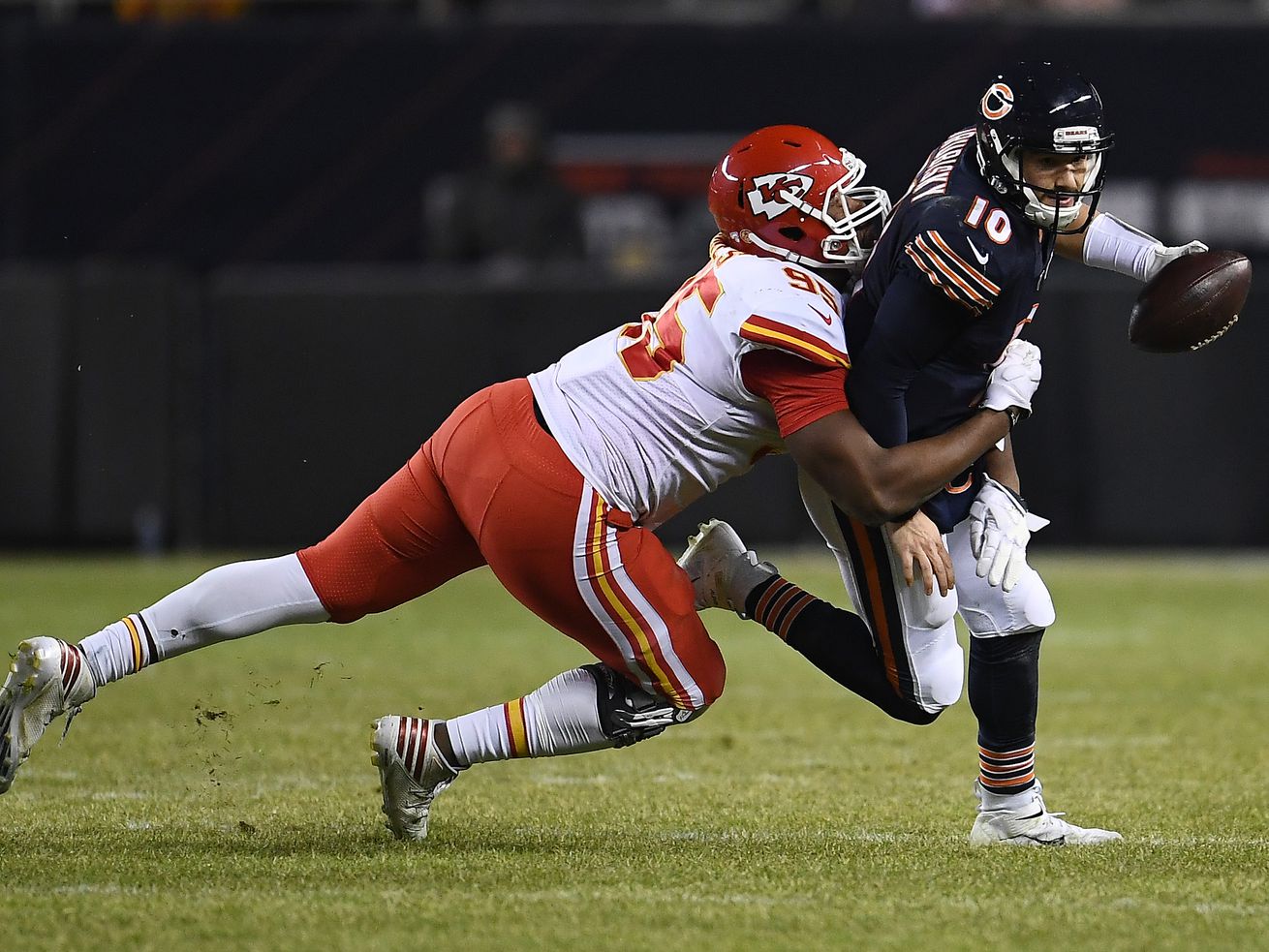 “You just feel like we let each other down. We let our fans down. That’s not how we want to finish our last home game.”

Mitch Trubisky had his chance. And missed it.

The Bears’ offense was in a little bit of a groove early in the second quarter against the Chiefs on Sunday night at Soldier Field, trailing 10-0. David Montgomery’s four-yard gain on second-and-1 earned one first down. And a tight end screen to J.P. Holtz gained 13 yards — a well-conceived play with running back Tarik Cohen’s motion drawing the Chiefs’ defense to the right while Trubisky threw a short pass the other way to Holtz for a first down at the Chiefs 46.

That’s when Trubisky went for the big play. Off play action, Trubisky dropped back and found wide receiver Allen Robinson a couple of steps behind safety Tyrann Mathieu on a wheel route inside the 20-yard line.

It was right there and needed only an accurate pass for a 46-yard touchdown that would have put the Bears back in it. But Trubisky missed with an tantalizing overthrow well out of Robinson’s reach inside the 10.

“It felt good coming out,” Trubisky said. “Just overshot him. Gotta hit those.”

That’s all it took to sour the drive. Montgomery gained one yard on second-and-10 and a screen pass to Montgomery against a fierce Chiefs rush gained two yards and the Bears punted.

It was that kind of night for the Bears’ offense, which laid another egg in a 26-3 loss to the Chiefs that ever the Bears acknowledged was embarrassing.

“Yeah, I would say that’s pretty accurate,” said Trubisky, who was 18-of-34 for 157 yards, no touchdowns, no interceptions for a 65.4 passer rating. “You just feel like we let each other down. We let our fans down. That’s not how we want to finish our last home game. We just left plays out there. A lot of uncharacteristic things. We just have to watch the film, learn from it and come back better.”

Rather than uncharacteristic, the Bears’ sloppy play seemed more typical of the offense in 2019. This game didn’t seem any better than the disappointing season opener, when the Bears also scored three points in a 10-3 loss to the Packers.

In that game, Cohen bobbled the first handoff of the season. In this one, Anthony Miller muffed a handoff on an end around on the Bears’ first series for a 10-yard loss that put the offense in a hole it could not get out of.

“It’s disappointing,” Trubisky said. “Scoring three points — you’re not going to win any games like that. We have to put more points on the board. We’ve got the guys to do it. We’ve just got to find the reason why it’s not happening right now. “