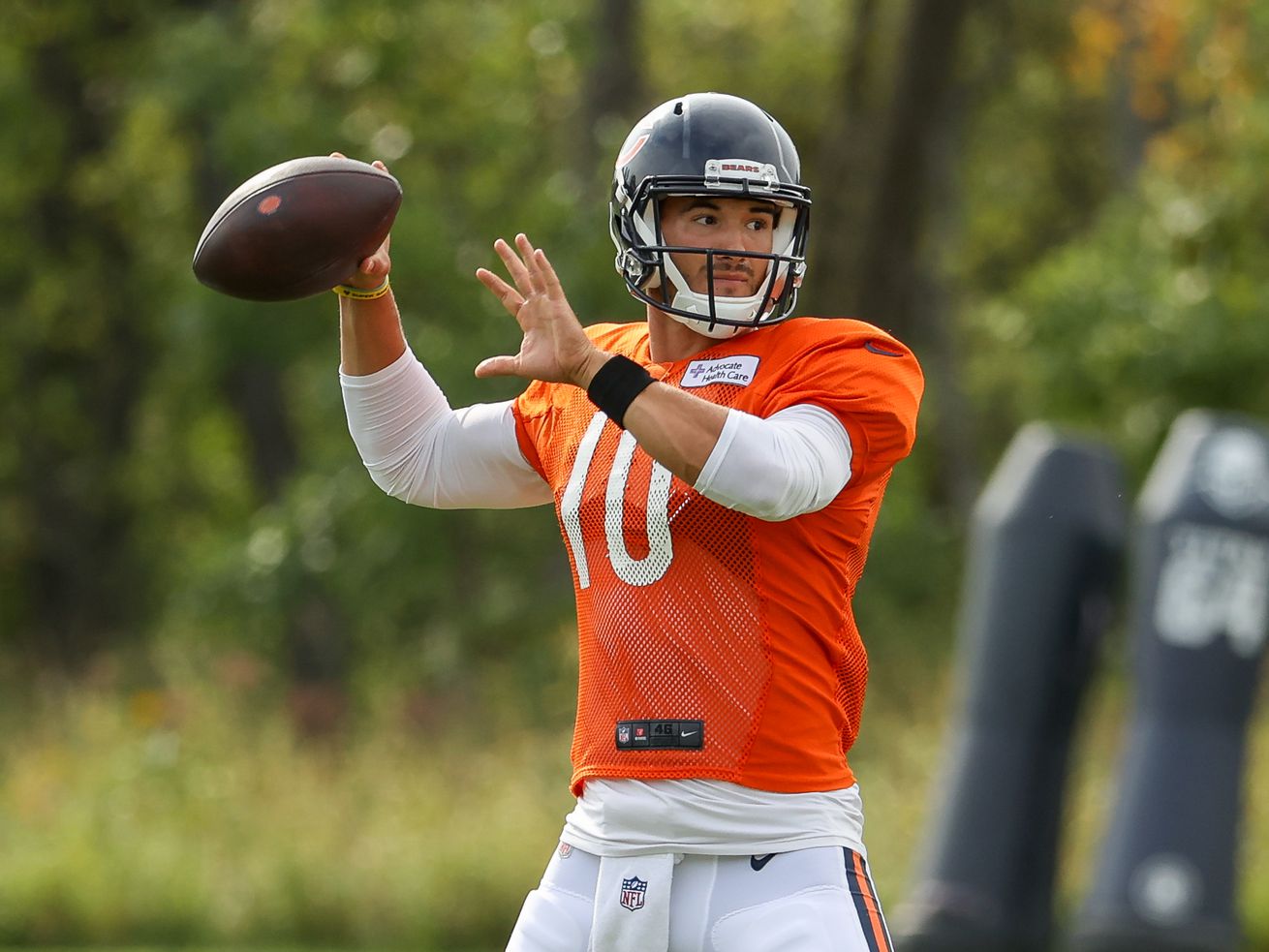 Bears quarterback Mitch Trubisky said he has renewed confidence in himself this season, which opens Sunday against the Lions at Ford Field. | Photo by Dylan Buell/Getty Images

What a story it would be if the beleaguered former No. 2 overall pick became the quarterback the Bears expected. Just don’t tease us, Mitch. The time has come for Trubisky to succeed or fail.

Just another week in the life of a general manager with quarterback issues for Ryan Pace. Patrick Mahomes vs. Deshaun Watson on national television. And Tom-Brady-was-almost-a-Bear trending.

Paying for your mistakes is part of the business, but the football gods seem to be exacting a particularly torturous price from Pace for trading up to draft Mitch Trubisky second overall in the 2017 draft. Not a week seems to go by with a reminder that he took the wrong guy.

Last year it was Mahomes taunting the Bears by counting 10 fingers (he was picked 10th overall, get it?) after throwing a touchdown pass to Travis Kelce in a victory over the Bears at Soldier Field. Then it was Mahomes vs. Watson in the playoffs. Then Jimmy Garoppolo, an Eastern Illinois guy who could have been had for the right price, leading the 49ers to the Super Bowl.

Even when Pace acknowledged reality and brought in a quarterback to challenge Trubisky for the starting job, he set himself up for another round of second-guessing. The logic of trading for Nick Foles was sound — Foles is familiar with Nagy’s offensive system and has Super Bowl MVP credentials. But again, the alternatives were bigger names and better quarterbacks: Cam Newton, Philip Rivers. Maybe even Tom Brady.

Lakers look down on Miami in more ways than one

Pace is unflappable, but anyone else in his position would shudder at what could happen after Newton signed with the Patriots (one year, $1.75 million) and Rivers signed with the Colts (one-year, $25 million).

Newton at the helm of a well-oiled Patriots offense has the potential for success that could leave Bears fans wondering why Pace signed Foles for $21 million when he could have had Newton for a song.

Rivers could be a missing piece on a Colts team that was a quarterback away from taking the next step last season after Andrew Luck’s sudden retirement. A Rivers-led Colts resurgence not only would fuel angst over Pace’s decision to ignore Rivers, but also re-focus the spotlight on the impressive job by Colts’ GM Chris Ballard — the former Bears scouting director whom the Bears passed over to hire Pace. A double-whammy.

All is not lost … yet. Trubisky still has a chance to quash Newton-Rivers-Brady talk and mitigate the Mahomes-Watson damage by taking the step he was supposed to take in 2019 after making the Pro Bowl as an alternate in 2018. After last season, the new-and-improved Trubisky — calloused by the journey, motivated by the competition with Foles and buoyed by the culture at Halas Hall — sounds dubious. There’s more skepticism than anticipation as the 2020 season opener beckons. But not …read more

UneeQ, a startup that counts Salesforce’s former head of AI as an investor, has a free new tool that aims to make building virtual humans to answer questions as easy as creating a website