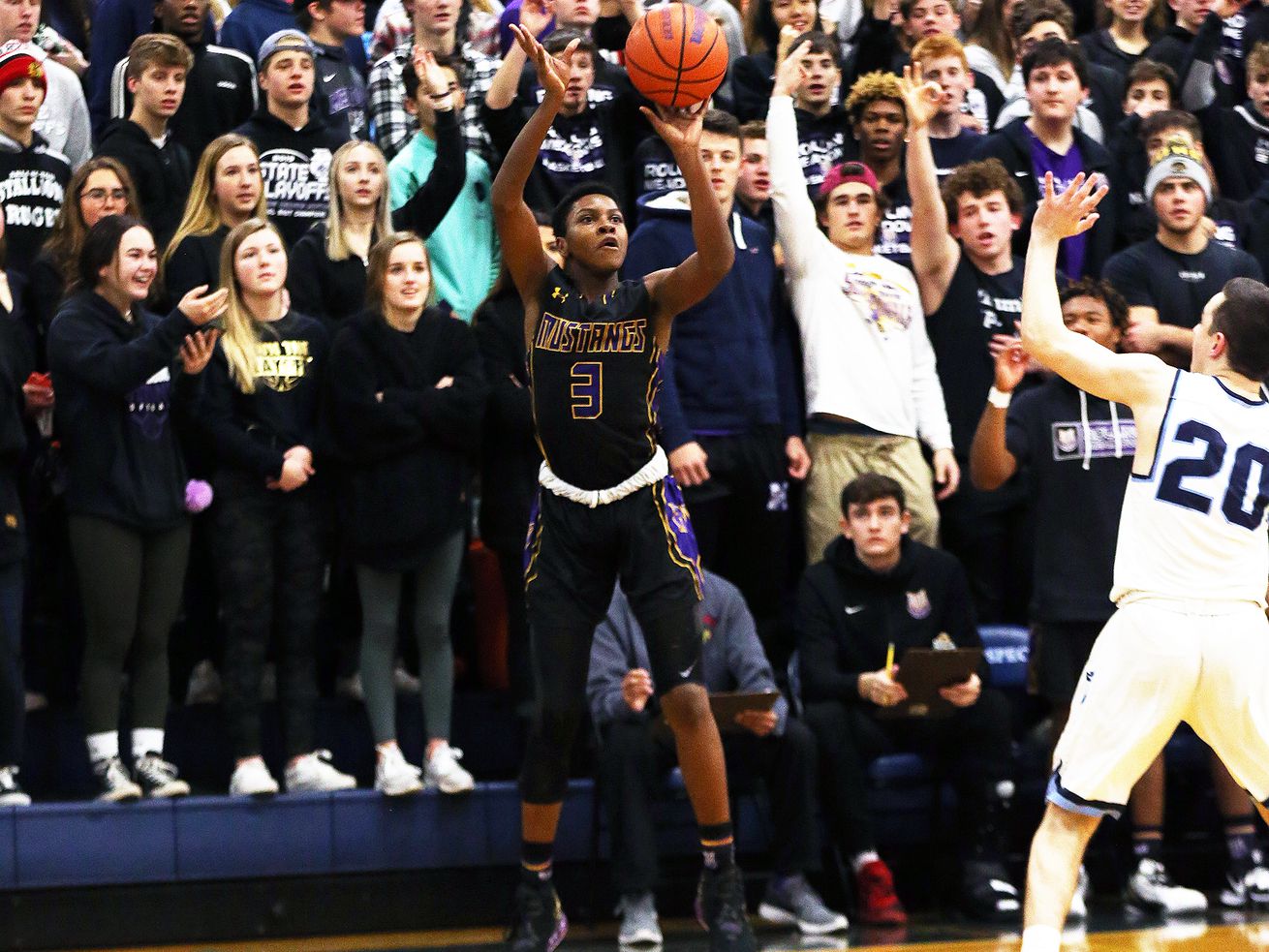 Rolling Meadows’ Orlando Thomas (3) hits a three from the corner against Prospect. | Allen Cunningham/For the Sun-Times

Analysis, highlights and scores from the best games of Friday, Dec. 20, 2019.

Tonight was easily the best I’ve seen Max Christie play. He was excellent leading Rolling Meadows to a big road win at Prospect.

John Camardella’s team isn’t loaded with talent this year but you can always count on the Knights to be competitive, which was the case again tonight. I’m literally starving to see Christie play some of our top-notch local teams. It would be ideal if the Mustangs could make a run at York, but it will definitely happen in late January against Fenwick. It can’t come soon enough.

Christie is a nationally-ranked player but he just isn’t getting much buzz on the area’s basketball scene. That’s partly what I wrote about tonight.

The holiday tournament preview episode of No Shot Clock was released earlier today. Give it a listen.

St. Charles North 66, St. Charles East 53: Always a fun rivalry game. Saints coach Patrick Woods, who is excellent about getting me his stats for the notebook, says it was a four-point game with four minutes left. The North Stars’ backcourt had a big game. Christian Czerniak scored 20 and Luke Scheffers had 18. Chase Monkemeyer lead East with 12.

Glenbard East 83, East Aurora 78: So we clearly haven’t been paying enough attention to Glenbard East’s DaRon Hall. He scored 32 tonight and has topped 30 two other times this season.

Oak Park 70, Lyons 54: Isaiah Barnes scored 24 and Josh Smith had 23. The Huskies are looking like a threat at Pontiac after an up and down start to the season. Barnes is the real deal.

IC Catholic 60, Riverside-Brookfield 59: Zach Jordan gets it down with all the pressure on him. Drained three free-throws with no time left to get his team the win. Watch it in the tweet. I’m impressed.

Fremd 49, Schaumburg 40: Well look at this. The Tinley Park loss didn’t phase Joe Henricksen (we talked about this on the podcast) but it appears the Saxons aren’t the class of the MSL just yet. Jake Schoffstall scored 23 for the Vikings.