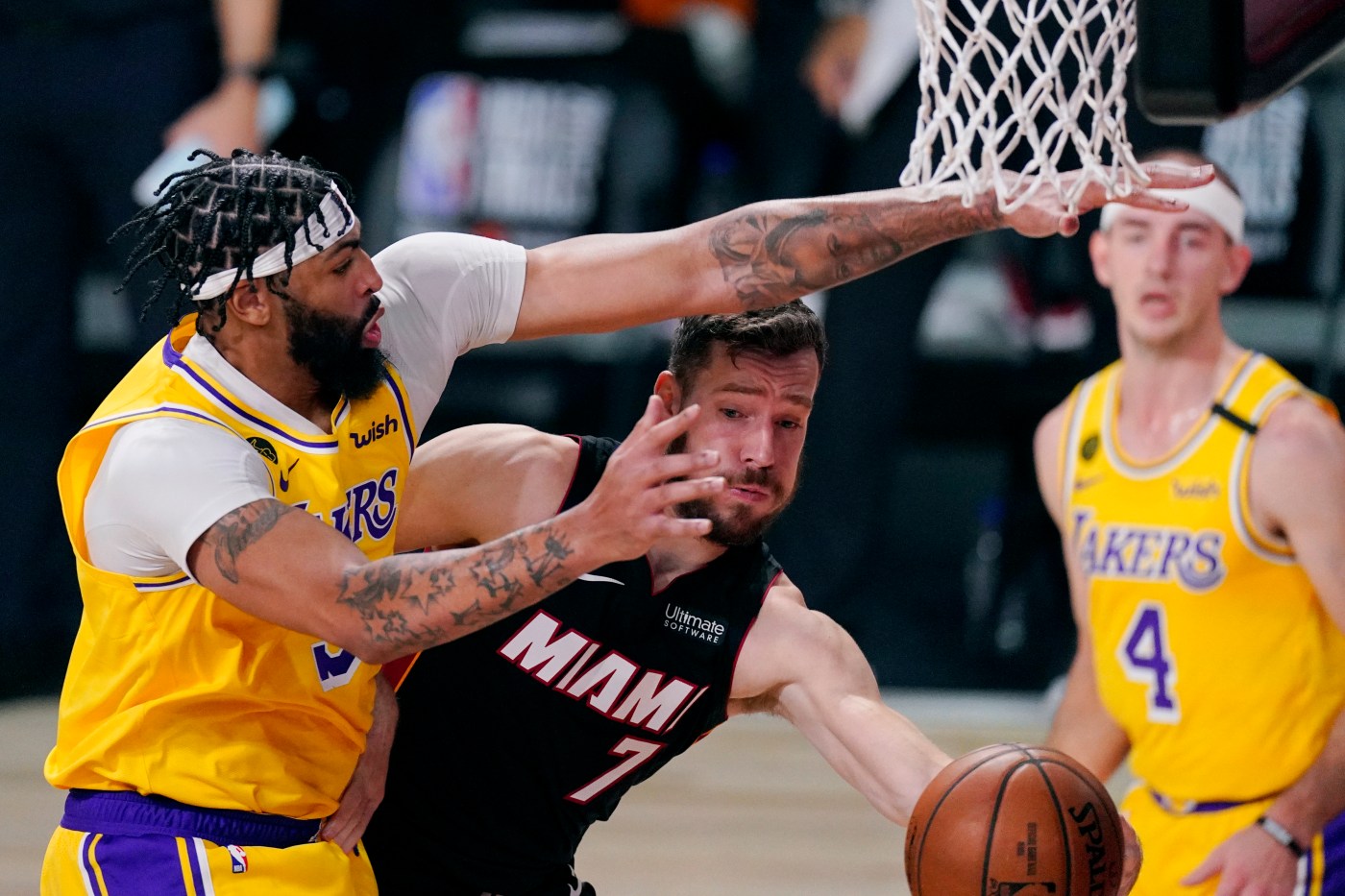 Your team just got walloped in the opening game of the NBA Finals, with injuries to three of your stars added to the insult — what can you say?

“Right now, it doesn’t really matter what you say,” Miami Heat Coach Erik Spoelstra said after his team dropped Game 1, 116-98, a margin that doesn’t reflect how lopsided it was. “We get to work and get together tomorrow.”

The most pressing problem for the Heat has to do with personnel. Big man Bam Adebayo played only 21 minutes before he left the game with a left shoulder strain and Jimmy Butler was hobbled much of the time with a sprained left ankle.

Most concerning: Standout guard Goran Dragic reportedly suffered a torn plantar fascia in his left foot, likely when he’d dribbled into the lane looking to score. He stayed in the game for a couple minutes, and then exited for good with a little more than four minutes remaining before halftime — and with six points, three assists, two steals to his credit.

Yahoo Sports’ Chris Haynes reported that the 6-foot-3 Slovenian exited the arena in Lake Buena Vista, Florida, without a boot and appeared not to be favoring the foot, and the Heat aren’t ruling out a return by their leading postseason scorer (20.9 points), but he’ll likely be compromised if he can come back.

Spoelstra didn’t have much news to offer on his or the others’ conditions immediately after the game, except to say that Adebayo will be reevaluated.

“I don’t know right now,” he said of Dragic’s status. “I know he is as tough as anybody, and it’s the Finals. But I don’t have an update where he is on his foot right now.”

Butler acknowledged that his ankle is “a little bit sore,” but he was more concerned with communicating his concern for Dragic.

And after falling behind by as many as 32 points, allowing the Lakers to go off for 11 first-half 3-pointers, and getting outrebounded 54-36, the Heat who still are standing have to a lot to tend to on the court.

“It’s a cliché, but every single possession counts,” said Spoelstra, who said he’d have a message formulated for his team by Thursday. “There were too many possessions where it was either a poor offensive possession or a miss that led to a couple of poor possessions defensively or vice versa. Those stacked on top of each other can get away from you pretty quickly against a very good …read more