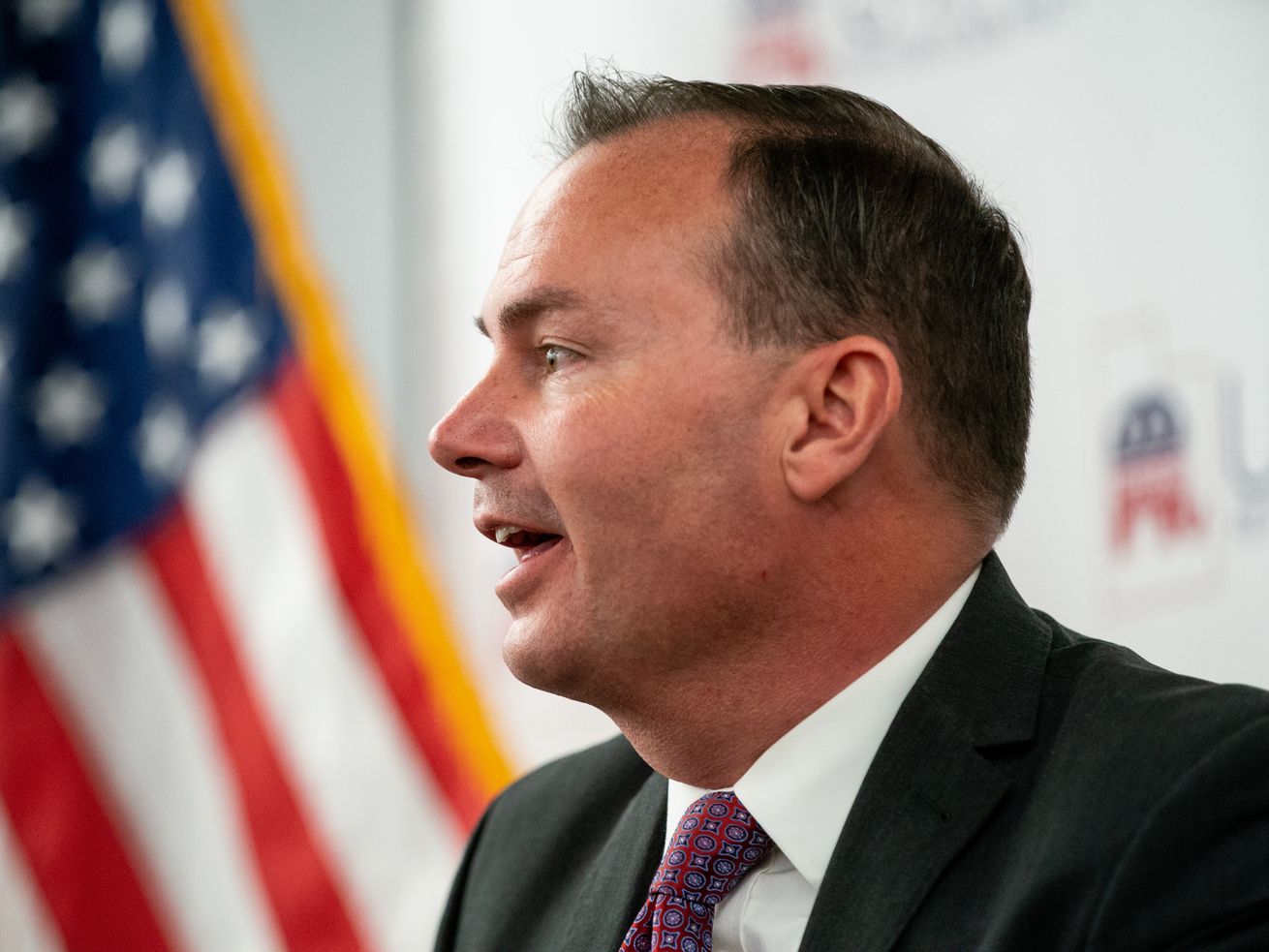 Sen. Mike Lee, R-Utah, speaks during an election night event for Republican candidates in at the Utah Association of Realtors building in Sandy on Tuesday, Nov. 3, 2020. | Spenser Heaps, Deseret News

The November 2022 election is 20 months away. But for political observers (aka junkies and hacks) it’s never too soon to start conjecturing about candidates. U.S. Sen. Mike Lee is certainly running for reelection, which is spurring real and potential opponents. We begin the gossip and review the early intrigue.

Pignanelli & Webb: The following individuals (in alphabetical order) have already announced their candidacies, or have told others they are considering a run, or are hearing “whispering in their ears” about seeking the 2022 GOP Senate nomination.

Rebecca P. “Becky” Edwards is a well-liked former member of the Utah House of Representatives, representing south Davis County from 2009 to 2018. Edwards has said she is “all in” and is moving forward with her campaign.

Henry Eyring is a very smart young political newcomer who holds a doctorate in business administration and has been teaching at the London School of Economics and Political Science.

His name is familiar because he is the grandson of President Henry Eyring of the First Presidency of The Church of Jesus Christ of Latter-day Saints.

Jeff Flake is former member of the U.S. Senate representing Arizona. He (yes, that Jeff Flake) is spending a great deal of time in Utah. Numerous sources are telling us that he is receiving pressure to run for the seat.

Dan Hemmert is a successful businessman and former effective state senator who now serves as director of economic development for Gov. Spencer Cox. He has served in his current job only a short time, but has been mentioned as a possible Senate candidate by numerous insiders.

Gary Herbert was, of course, an immensely popular governor who is likely enjoying retirement and his grandkids, but is being mentioned by his friends as perhaps still having some political fire in the belly.

Ally Isom is a well-respected communications, public policy and campaign expert, having worked as deputy chief of staff and spokesperson for Gov. Herbert. She held key positions for The Church of Jesus Christ of Latter-day Saints and is currently chief strategy officer for EVOQ, a nanotech company.

Erin Rider is a hard-driving local attorney and MBA with degrees from Georgetown University. She specializes in corporate and securities law and has a commitment to “principled conservatism.” She appears to be moving forward with a campaign.

Brendan Wright is a Lehi resident who has announced his candidacy. He has advanced degrees and has worked at Motorola, ExxonMobil, Savage Resources, and currently works as an area planning manager for The Church of Jesus Christ of Latter-day Saints.

Thomas Wright runs a successful real estate business and was the very effective chairman of the Salt Lake County and Utah state Republican parties. He was a candidate for governor in 2020 and arguably had the best and funniest TV ads — but the pandemic intervened to take the fun out of politics.