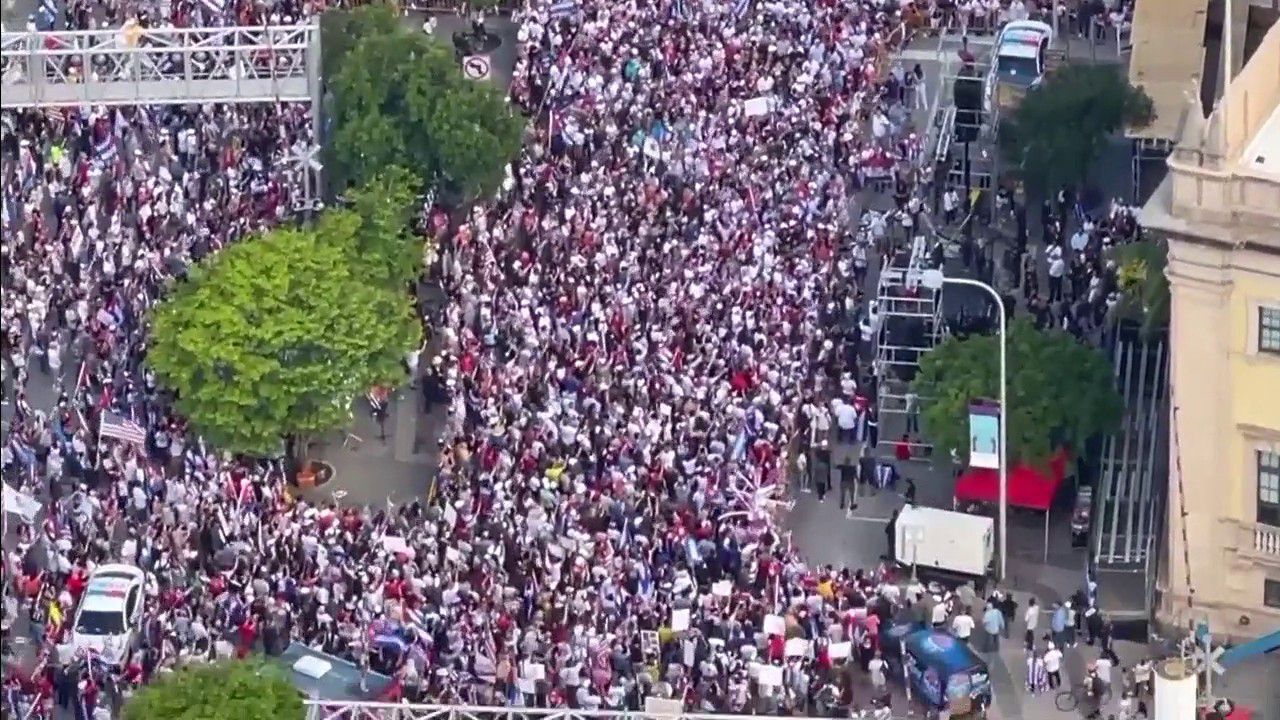 Another day of demonstrations in Cuba and South Florida alike as calls for change continue.

A large protest in Downtown Miami happened outside the Freedom Tower Saturday afternoon and into the evening.

Everyone in the crowd sharing a connection to the communist country.

Joel Gandara was just four years old when he came from Cuba on a boat.

“When the boat would go up, all I would see is the sky,” he said.

A similar story for Rosa Iglesas, who left the island when she was 19.

“What my country needed is the same thing I came here looking for; freedom,” she said.

Iglesas’ daughter, now pushing for freedom along with her.

“My parents came from Cuba, and they gave me a better life here, they gave me freedom,” said Gabriella Quinitero.

They were some of the thousands who came out to the Freedom Tower on Saturday, a landmark for Cubans seeking a better life.

The massive rally marked the seventh straight day of protests in South Florida, with many calling on President Joe Biden to take action.

The unprecedented uprisings coming as conditions in Cuba continue to deteriorate, problems only made worse by the recent pandemic.

The rally ended with the illumination of the Freedom Tower in the colors of the Cuban flag.

Even FTX Arena, the home area for the Miami Heat located right across the street, displayed a message of solidarity as well.

SOS Cuba protesters from Homestead to Washington ask Biden for US intervention
Little Havana’s Friday gallery night welcomes SOS Cuba protesters
Mother of journalist Henry Constantin fears for his life, after he was detained in Cuba
Gente de Zona on Cuba: ‘It is the people who are marching’
DHS: Florida boaters risk fines, prison by going to Cuba
Local elected leaders calling on Biden to come to Miami to make statement about Cuba
They want their voices heard as caravan to support Cuba heads to White House