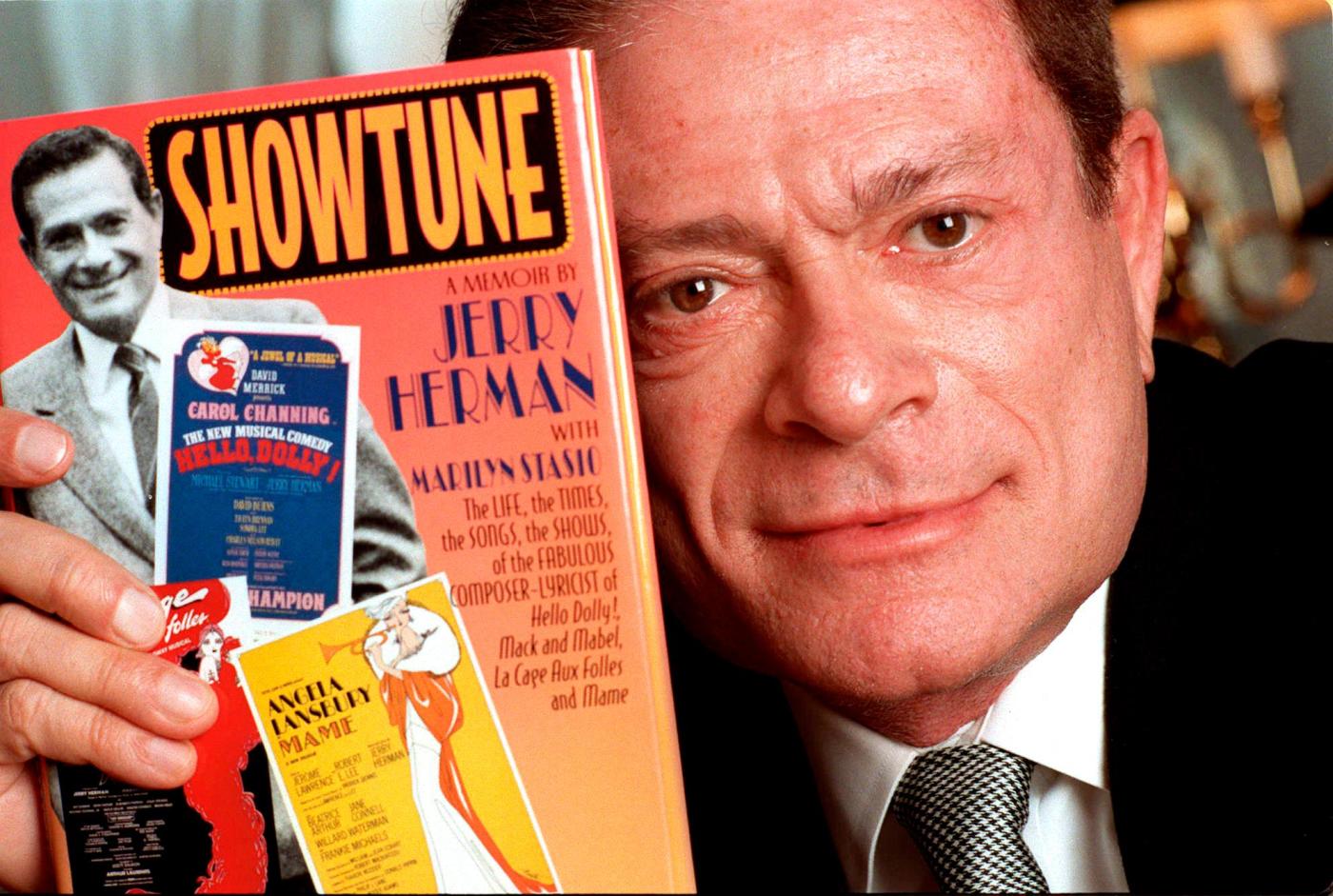 Tony Award-winning composer Jerry Herman, who wrote the cheerful, good-natured music and lyrics for such classic shows as “Mame,” “Hello, Dolly!” and “La Cage aux Folles,” died Thursday. He was 88.

His goddaughter Jane Dorian confirmed his death to The Associated Press early Friday. He died of pulmonary complications in Miami, where he had been living with his partner, real estate broker Terry Marler.

The creator of 10 Broadway shows and contributor to several more, Herman won two Tony Awards for best musical: “Hello, Dolly!” in 1964 and “La Cage aux Folles” in 1983. He also won two Grammys — for the “Mame” cast album and “Hello, Dolly!” as song of the year — and was a Kennedy Center honoree. He had three original Broadway productions playing at the same time from February 1969 to May 1969.

Tributes poured in Friday from Broadway royalty, including from Harvey Fierstein, who wrote the book of “La Cage aux Folles” alongside Herman’s songs. “We lost one of the greats,” Fierstein tweeted. “A collaborator and friend for almost 40 years. I cannot thank him enough for his love, trust, encouragement, support and laughter.”

Herman wrote in the Rodgers and Hammerstein tradition, an optimistic composer at a time when others in his profession were exploring darker feelings and material. Just a few of his song titles revealed his depth of hope: “I’ll Be Here Tomorrow,” “The Best of Times,” “Tap Your Troubles Away,” “It’s Today,” “We Need a Little Christmas” and “Before the Parade Passes By.” Even the title song to “Hello, Dolly!” is an advertisement to enjoy life.

Herman also had a direct, simple sense of melody and his lyrics had a natural, unforced quality. Over the years, he told the AP in 1995, “critics have sort of tossed me off as the popular and not the cerebral writer, and that was fine with me. That was exactly what I aimed at.”

In accepting the Tony in 1984 for “La Cage Aux Folles,” Herman said, “This award forever shatters a myth about the musical theater. There’s been a rumor around for a couple of years that the simple, hummable show tune was no longer welcome on Broadway. Well, it’s alive and well at the Palace” Theatre.

Some saw that phrase — “the simple, hummable show tune” — as a subtle dig at Stephen Sondheim, known for challenging and complex songs and whose “Sunday in the Park with George” Herman had just bested. But Herman rejected any tension between the two musical theater giants.

“Only a small group of ‘showbiz gossips’ have constantly tried to create a feud between Mr. Sondheim and myself. I am as much of a Sondheim fan as you and everybody else in the world, and I believe that my comments upon winning the Tony for ‘La Cage’ clearly came from my delight with the show business community’s endorsement of the simple melodic showtune which had been criticized by a few hard-nosed critics as being old fashioned,” he said in a 2004 Q&A session with readers of …read more