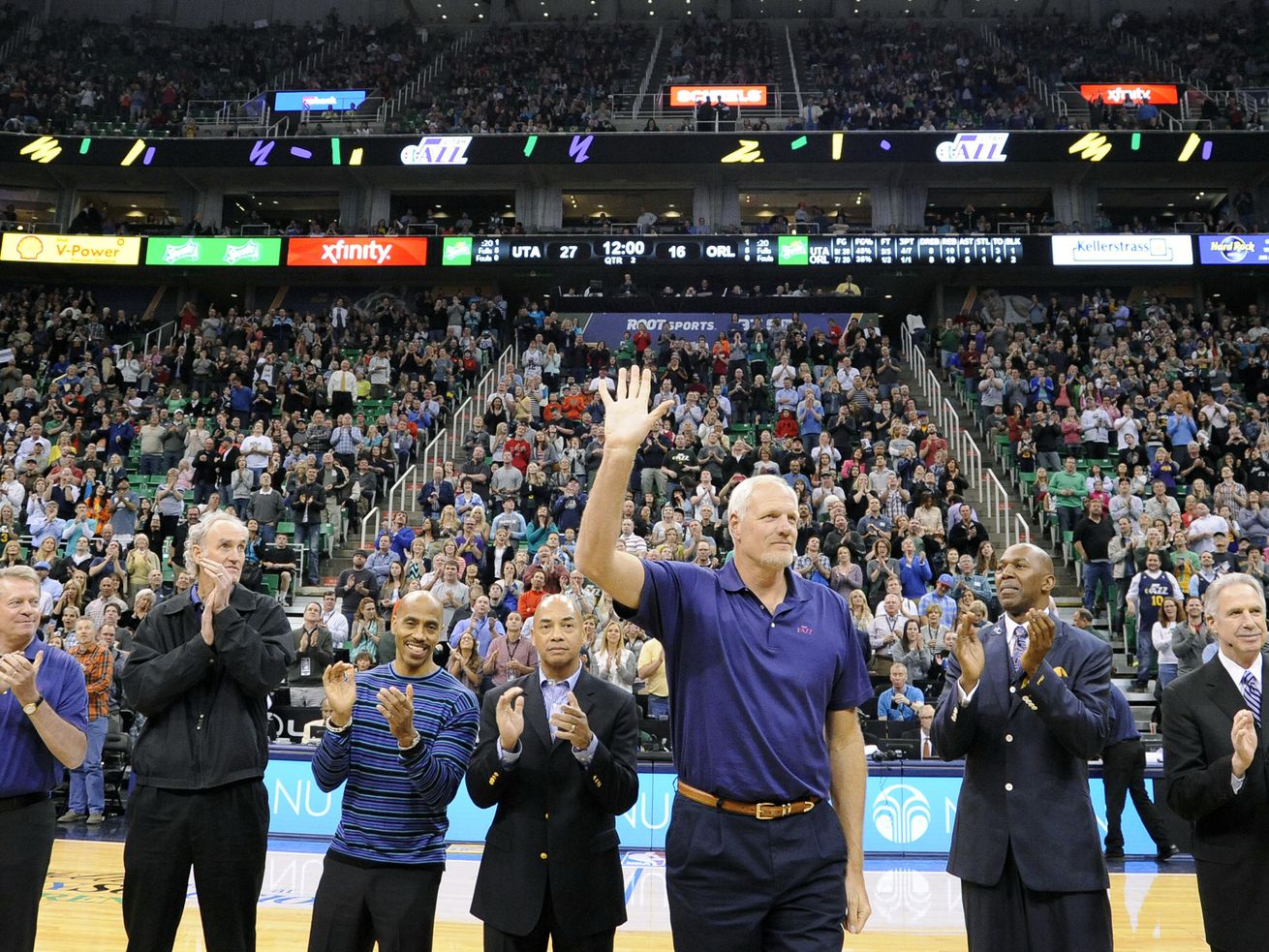 Mark Eaton along with the other members of the Jazz’s first franchise playoff team are honored between the first and second quarter of a game against the Orlando Magic at EnergySolutions Arena on Saturday, March 22, 2014. | Deseret News, Deseret News

SALT LAKE CITY — When the Utah Jazz and Denver Nuggets begin their first round NBA playoff series next week in Orlando, it will be the first time in 10 years and just the third time in 35 years that they will meet in the postseason.

Despite the lack of recent playoff battles, the teams’ first-ever series against one another back in 1984 was certainly one of the most important in Jazz franchise history, perhaps rivaled only by the runs to the NBA Finals in 1997 and 1998, as it started a 20-year playoff run for a team that to that point had largely been a league doormat.

From the franchise’s beginning in 1974 in New Orleans until it relocated to Utah in 1979, and then through the 1982-1983 season, the Jazz were consistently one of the worst teams in the NBA. They never finished a campaign at or above .500 and they were in danger of moving cities yet again in 1983.

Truth be told, Utah’s roster didn’t change much in between the 1982-1983 season and the 1983-1984 one, but the team’s fortunes certainly did. The Jazz lost their first two games of the campaign but finished November with a 9-9 record. Then in December, they exploded to go 11-2 behind a potent offense and had the best winning percentage in the Western Conference heading into the 1984 calendar year.

Utah carried that success over the next two months, and Adrian Dantley and Rickey Green were named All-Stars while Frank Layden was selected to coach the West team. The good continued throughout the rest of the regular season (11 games of which were played in Las Vegas as the team searched for ways to gain more revenue to stay afloat), and the Jazz won the Midwest Division, a much more meaningful accomplishment than it is in today’s NBA.

The Jazz entered the postseason as the No. 2 seed in the West, and they were matched up against the No. 7-seed Nuggets, who were led by Kiki Vandeweghe, Alex English and Dan Issel. Utah’s first-ever playoff game was on April 17, 1984, at home. The Jazz led by 15 at the end of the third quarter but had to hold off a Denver rally in the fourth and eked out a 123-121 victory.

The Nuggets won Game 2 by 16 and then were on the right side of a close contest in Game 3, winning by four and putting the playoff-inexperienced Jazz on the brink of elimination.

But Utah, which had taken on the moniker of “The team with heart,” had that, and they were infamously aided by then-Denver Post writer Woody Paige, who wrote after Game 3 that “the Jazz have no heart.”

Down by three heading into the fourth quarter of Game 4, …read more