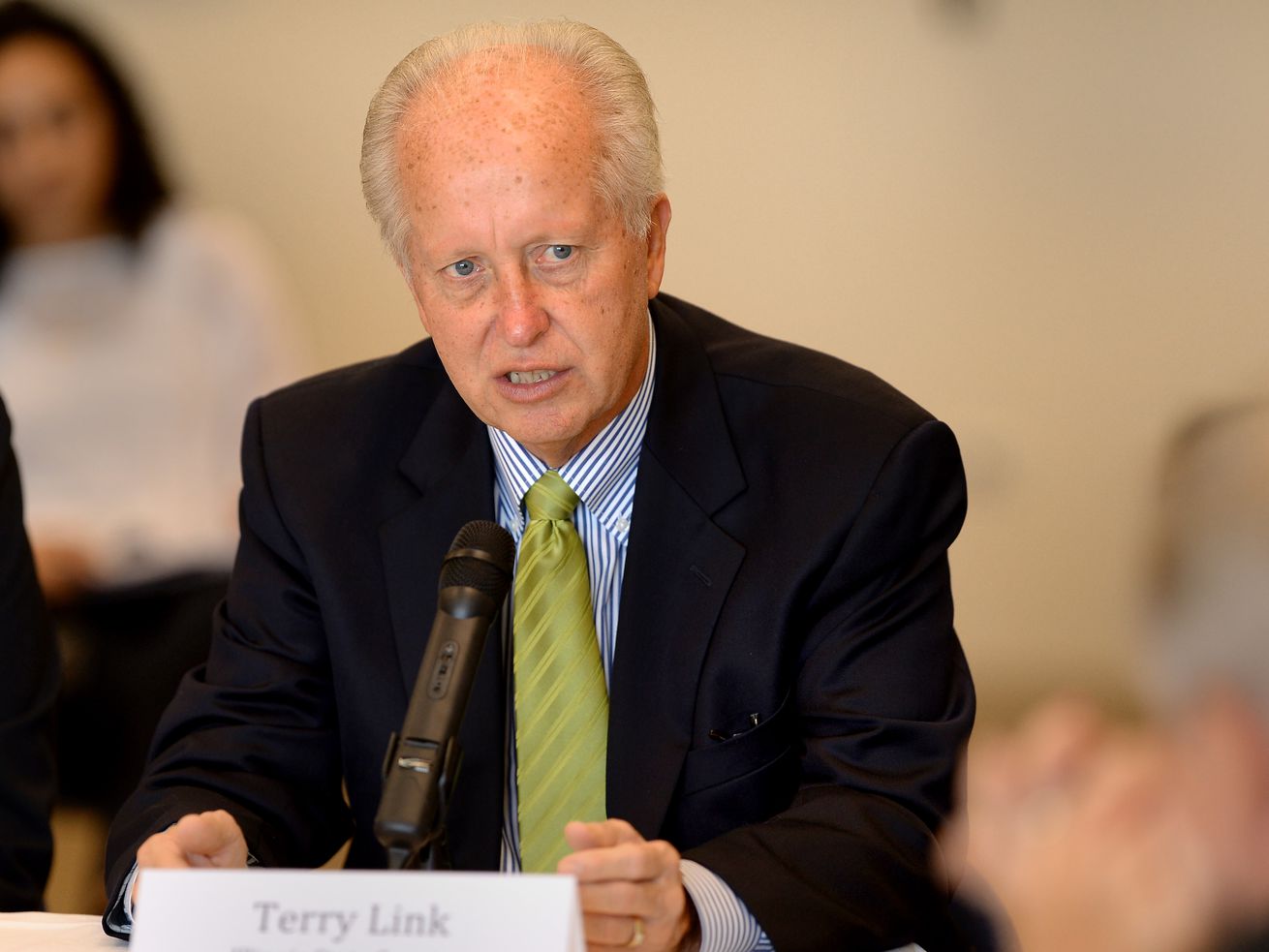 It has been nearly a year since a source identified Link as the unnamed state senator who cooperated with the feds against another state lawmaker, then-state Rep. Luis Arroyo.

It has been nearly a year since a source identified Link, 73, as the unnamed state senator who cooperated with federal authorities against another state lawmaker, then-state Rep. Luis Arroyo. A criminal complaint filed against Arroyo said that the unnamed senator expected “to be charged with an offense relating to his false income tax returns” and cooperated because he hoped it would lead to a reduced sentence in that case.

First elected to the state senate in 1996, Link, 73, publicly and vehemently denied last fall that he was the unnamed senator. The Vernon Hills Democrat denied it to WBEZ in October and then again to reporters in Springfield the next day while helping pass bills in the legislature.

“I said, what’s your source? You answer me. You’re a reporter,” Link said then when asked if he wore a wire on Arroyo. “I answered the question yesterday. I’m not going to continually answer this every day of my life. I’m down here to do a job that I was elected to do, and that’s what I’m gonna do.”

Now the charge against Link has become the latest shoe to drop in the feds’ multiple, ongoing public corruption investigations.

Neither Link nor his attorney could immediately be reached for comment.

Link has been head of the Lake County Democratic Party since 1992. He’s a former poker buddy of former President Barack Obama back when the two served together in the state Senate. Obama mentioned him in his 2016 Springfield speech to the Illinois General Assembly.

Link also ran for mayor of Waukegan in 2013 but came in last in a three-way Democratic primary. He has long been an advocate of gambling expansion, fighting for a Waukegan casino, a fight he finally won with the gambling expansion law Gov. J.B. Pritzker signed into law last year.

Arroyo has pleaded not guilty in his own corruption case, though the machinations of it also signal an eventual guilty plea. In February, Arroyo waived his right to be indicted by a federal grand jury, which would have had to find probable cause for the charge against him. That move followed the filing in January of a one-page charging document known as an information, which is another typical sign that a defendant intends to plead guilty.

Link was also charged through an information Thursday.

In June, attorneys in the Arroyo case told the judge new, related criminal charges would be forthcoming. Attorneys in that case are now set to speak to the judge Aug. 24.

Prosecutors first charged Arroyo with bribery in a criminal complaint in October, revealing the unnamed state senator had …read more

A look inside Trump’s relationship with Oracle cofounder Larry Ellison, who hosted a Trump fundraiser months before his firm reportedly bid for TikTok

Making a good impression is harder when you are interviewing remotely. Here are 4 tips to help you land the job.