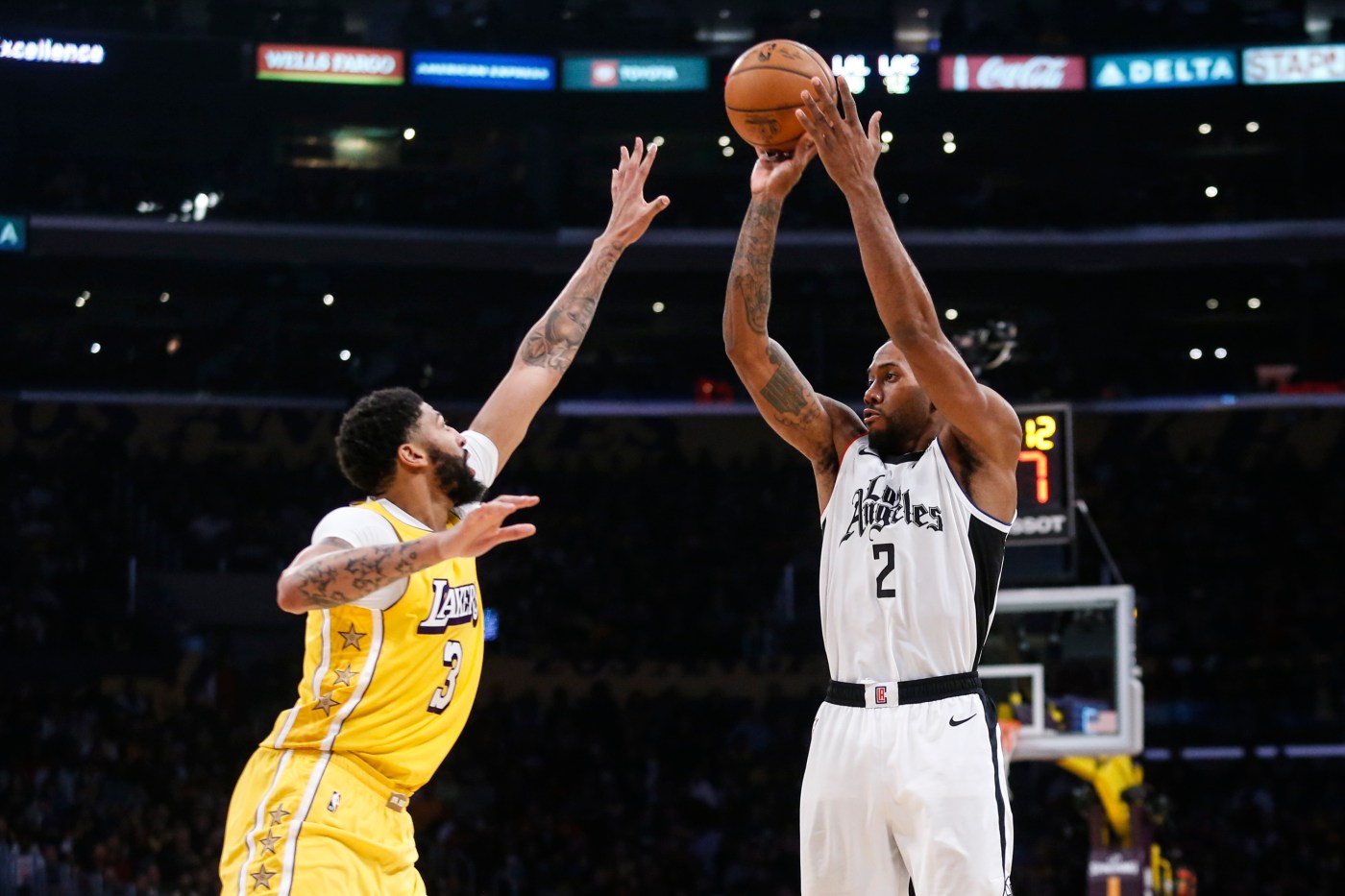 LOS ANGELES — LeBron James was ready to move on. But he wasn’t ready to look too far ahead.

Wednesday night’s game was torn up in his hands. He had literally ripped up the stat sheet and stacked the pieces atop one another as he spoke to a huddle of reporters at his locker. But when asked how a 111-106 loss, a closer game than the one in October, weighed in how he thought his Lakers (24-7) would fare against the Clippers (23-10), James did not want to peer into the crystal ball.

“I haven’t even gotten to a point where I’m thinking about a seven-game series, to be honest,” he said. “It’s December 25th, and we’ve got a long way to go before we can start to think about trying to compete against anyone in a seven-game series.”

Many others, however, are not that patient.

With more than a third of the regular season complete with the two L.A.-based teams hovering in the top three spots in the Western Conference, the Lakers and Clippers have created the impression that they’re on a collision course when the postseason comes around. One way or another, it’s reasonable to assume that the first-ever hallway playoff series could come in April or May.

So despite what the players might say – that it’s just another regular-season game, or that one opponent is just as important as the next – there’s a sobering reality to face now that the Lakers are 0-2 against their crosstown rival: They’re behind in the arms race, and come spring, they’d better have more answers.

It was all the more frustrating for the veteran locker room that they let a 15-point second-half lead slip away this time, extending their losing streak to four straight games.

“We know we’re better than this,” guard Danny Green said. “We know what we can be. And sometimes we need a wake-up call. We didn’t need four of them, but we need to continue to figure it out and get it together.”

Of all the issues the Lakers face, guarding Kawhi Leonard is the most glaring problem. It was an issue on opening night, when Leonard scored 30 points. While the Lakers guarded Leonard with 10 different players on Wednesday, according to NBA tracking data, none of them had sustained success as he totaled 35 points. In the Lakers’ two games against the Clippers, Leonard has shot 21 for 38 (making six 3-pointers) and gotten to the line for at least eight free-throw attempts in each.

One of the most compelling matchups defensively was when Anthony Davis took on the task of shadowing Leonard. But with 19 points on an estimated 14 possessions in that matchup, there’s little evidence that Davis could single-handedly take away Leonard, especially projecting over the course of a best-of-seven series.

No one in the league has had much success guarding Leonard lately, of course. But the Lakers rued that they got caught flat-footed as Leonard fired from deep (going 5 for 7), and Green was especially …read more

Harry Potter movies, find out which one is Daniel Radcliffe’s favorite