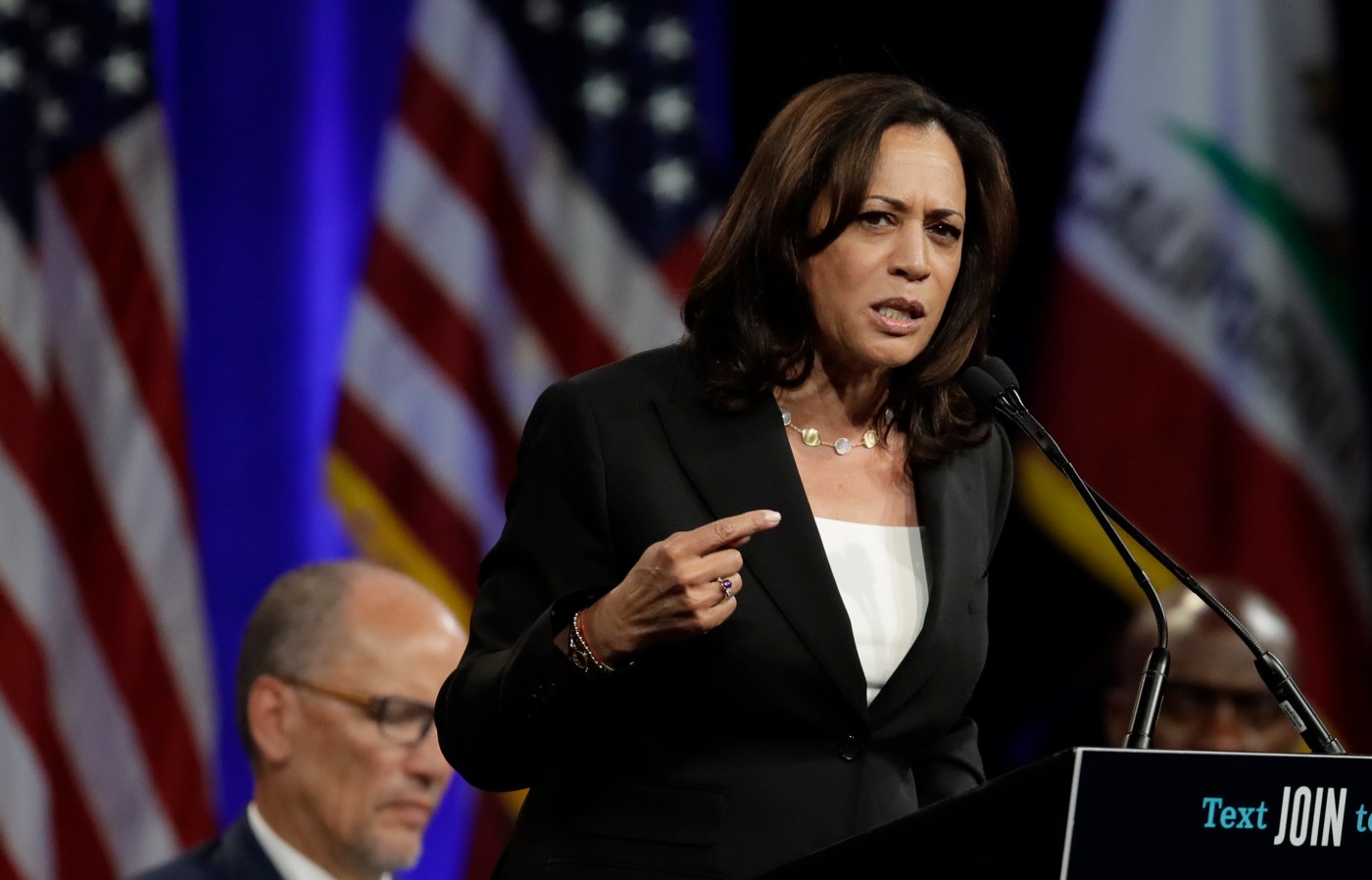 This summer’s police-abuse protests have brought the country to a “teachable moment.” Use-of-force incidents have garnered sporadic attention over the years, but George Floyd’s death — captured on video, as a Minneapolis officer kneeled on Floyd’s neck for nearly nine minutes – has led many Americans to conclude the nation has a systemic policing problem.

These editorial pages often have highlighted the underlying causes — from law-enforcement unions that protect bad officers to a criminal-justice system tilted heavily in favor of police and prosecutors. We were therefore surprised when, at this historic juncture, presidential nominee Joe Biden selected Kamala Harris as his running mate.

California voters elected Harris as their junior senator in 2016. Her previous years as prosecutor, however, overshadow her short Senate career. Harris served as San Francisco’s district attorney for seven years, then as California’s attorney general for six years.

During her bid for the presidential nomination, Harris portrayed herself as a “progressive prosecutor” who championed police accountability, but that’s a fanciful recasting of her record. In 13 years as a “top cop,” Harris wasn’t a reformer, but a tough-on-crime prosecutor with close links to the police unions — and someone who stayed on the sidelines in police-misconduct cases.

In 2006, the California Supreme Court issued its Copley decision, which exacerbated the state’s policing problems by shutting public access to disciplinary proceedings. The court relied on a 1978 decision finding “no constitutional right to have access to particular government information, or to require openness from the bureaucracy.” The media and public no longer could learn about abusive officers.

The CDC director said most Americans won't get a coronavirus vaccine until summer or fall 2021. Trump said Redfield was 'confused.'

As San Francisco DA, Harris was silent when the California Senate introduced legislation to re-open some of these proceedings. Former state Sen. Gloria Romero, the Los Angeles Democrat who authored the bill and now is a member of this editorial board, this week told The New York Times: “There could not have been a more profound wall of silence. It’s easy to call yourself progressive today, but I mean, come on, it’s easy to reinvent yourself.”

In 2018, the Legislature finally passed a similar, albeit limited, version of that open-records bill. The result has been enlightening, as newspapers gained access to long-hidden records about officers accused of egregious abuses — and even those who patrol the streets but have criminal records. Throughout that dozen-year process of opening records to public scrutiny, Harris’ silence was deafening.

California’s crusade against the gig economy and Prop. 22

Newsom sticks to his guns despite nascent recall effort

B2Bs are figuring out how to stay in business, operate, and recover in a COVID-19 world

How my wife ended up crashing into an ambulance: Roadshow