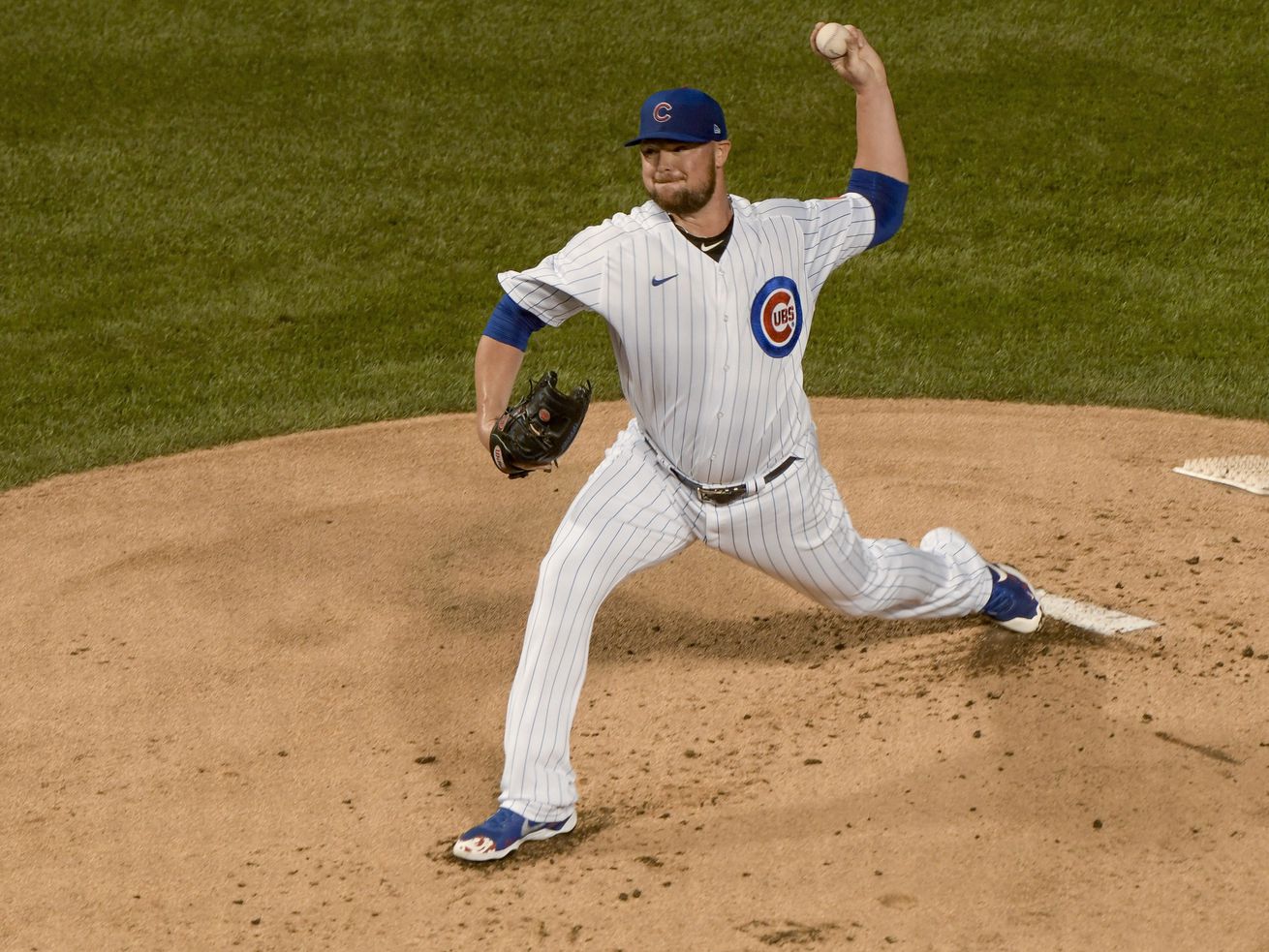 Starting pitcher Jon Lester felt like he figured something out before his last start against the Brewers, and those corrections in his mechanics allowed him to throw six shutout innings that night.

Lester kept the Cubs in the ballgame in Wednesday’s 3-2 win over the Indians and had to find a way to grind and battle on a night when he clearly didn’t have his best stuff.

Unlike that start where he avoided the barrel of the bat and induced weak contact, the contact against Lester on Wednesday was loud, but the veteran southpaw was able to limit the damage and got help from some well-positioned defense.

The Indians struck first after Lester spiked a breaking ball that bounced away from Willson Contreras with Francisco Lindor on third base. Lindor raced home and beat Contreras’ throw to the plate.

The Cubs tied the game in the bottom of the second inning as Jason Heyward blooped an RBI single to center, scoring Kyle Schwarber who walked to lead off the inning.

Lester relied on his curveball heavily against the Brewers, but went away from the pitch Wednesday, throwing just seven breaking balls in the game.

After the Cubs scored a run on Cameron Maybin’s RBI single in the fourth inning to take a 2-1 lead, Lester allowed a solo homer to Oscar Mercado to tie the game.

“I’ve been screwing the bullpen for the last however many starts, not giving my team a chance to win,” Lester said Friday. “You’re going to have games like that, which I’m fine with. But when it’s back to back to back to back, you just want to beat your head against the wall.”

Lester tossed five innings allowing two runs on four hits. He struck out one and walked one, earning a no-decision before turning things over to the bullpen in the sixth inning.

The Cubs earned their second straight walk-off victory after going to extra innings with the game tied at 2. The offense loaded the bases in the bottom of the 10th inning and with two out and down 0-2 in the count, Javy Baez blooped a single down the left-field line and scoring Ian Happ from third base.

“You guys have heard me say it numerous times. You only get to do this every five days. So that day is so very, very important to me to go out there and show these guys that I’ve prepared for days to go out and give the team a chance, and If I can continue to do that I like our chance.”

Going into Wednesday’s game, the Cubs’ starting rotation had a 1.23 ERA over its last four starts with six walks and 27 strikeouts.

One of the biggest questions the Cubs will face in a postseason scenario is, who starts a potential Game 3, after …read more

Dear Abby: The 10-year-old who wrecked my marriage is grown up and still hates me

What voters need to know about California’s ballot propositions

Dear Abby: My plans with friend are spoiled when she’s handed her grandkids without warning