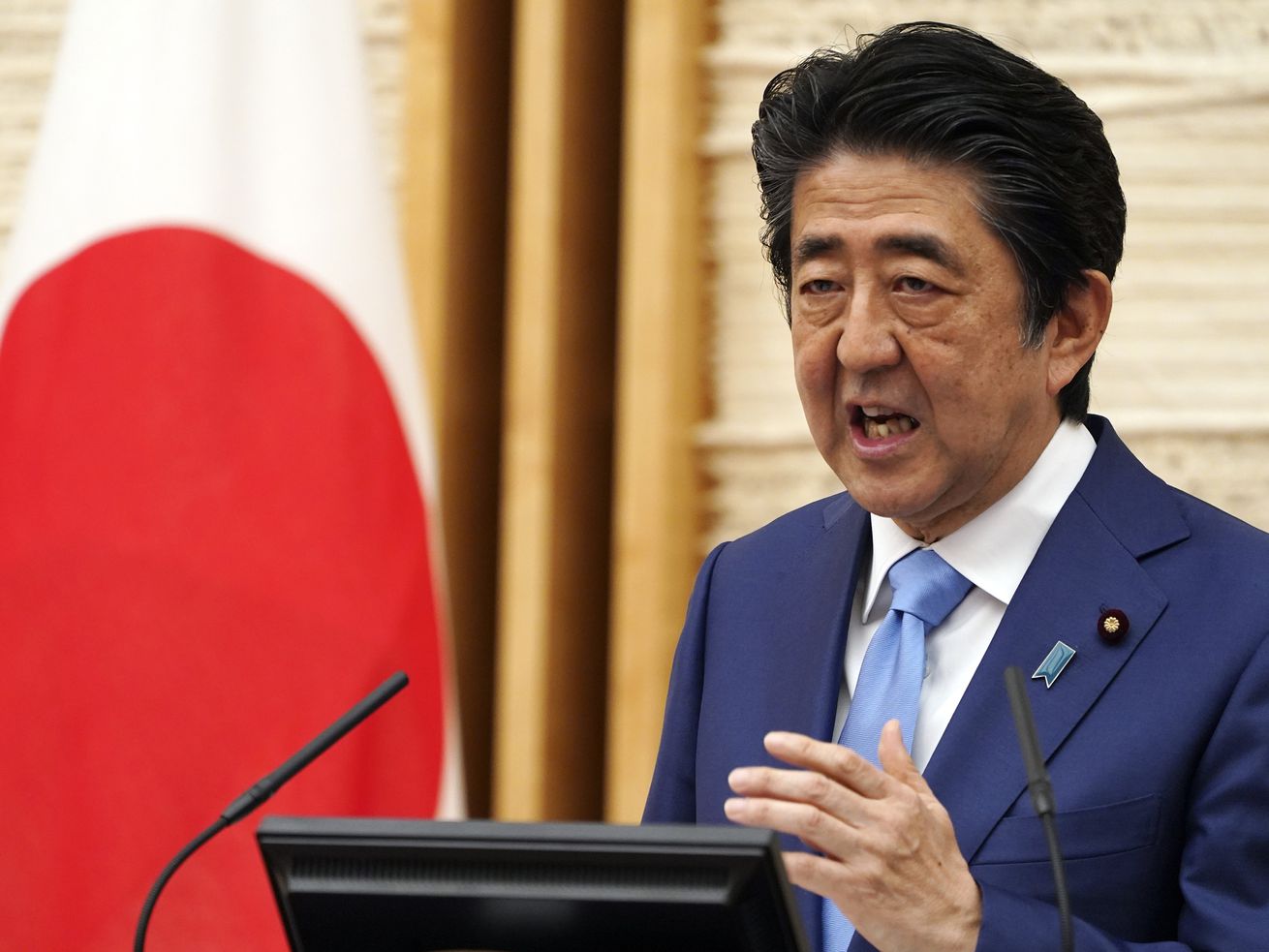 Japan’s NHK and other media say Friday, Aug. 28, 2020, Prime Minister Shinzo Abe has expressed his intention to step down, citing his health. In this May 4, 2020, file photo, Abe speaks during a press conference at his official residence in Tokyo. | AP Photo/Eugene Hoshiko, Pool, File

Concerns about Abe’s chronic health issues, simmering since earlier this summer, intensified this month when he visited a Tokyo hospital two weeks in a row for unspecified health checkups.

TOKYO — Japan’s Prime Minister Shinzo Abe has expressed his intention to step down due to his declining health, according to reports Friday by NHK and other Japanese media.

The Prime Minister’s Office said the report could not be immediately confirmed, but that Abe was believed to be meeting top ruling officials at the party headquarters. The Liberal Democratic Party spokesman did not answer the phone.

Concerns about Abe’s chronic health issues, simmering since earlier this summer, intensified this month when he visited a Tokyo hospital two weeks in a row for unspecified health checkups.

Abe, whose term ends in September 2021, is expected to stay on until a new party leader is elected and formally approved by the parliament.

He had abruptly resigned from his first stint in office in 2007 due to his health, which was fueling concerns about his recent condition.

Abe on Monday became Japan’s longest serving prime minister by consecutive days in office, eclipsing the record of Eisaku Sato, his great-uncle, who served 2,798 days from 1964 to 1972.

But his second hospital visit Monday eclipsed festivity for his record and has accelerated speculation and political maneuvering toward a post-Abe regime.

Abe has acknowledged having ulcerative colitis since he was a teenager and has said the condition was controlled with treatment. He has not made clear if it is related to his recent health issues or hospital visits.

After his recent hospital visits were reported, top officials from Abe’s Cabinet and the ruling party said Abe was overworked and badly needed rest.

His health concerns added to speculation that Abe’s days in office are numbered, when his support ratings are already at their lowest levels due to his handling of the coronavirus pandemic and its severe impact on the economy, on top of a slew of political scandals.

Shigeru Ishiba, a 63-year-old hawkish former defense minister and Abe’s archrival, is a favorite next leader in media surveys, though he is less popular within the ruling party. A low-key former Foreign Minister Fumio Kishida, Defense Minister Taro Kono, Chief Cabinet Secretary Yoshihide Suga, and economic revitalization minister Yasutoshi Nishimura, who is in charge of coronavirus measures, are widely speculated in Japanese media as his potential successors.

The end of his scandal-laden first stint as prime minister was the beginning of six years of annual leadership change, remembered as an era of “revolving door” politics that lacked stability and long-term policies.

When he returned to office in 2012, Abe vowed to revitalize the nation and get its economy out of its deflationary doldrums with his “Abenomics” formula, which combines fiscal …read more

Blacks for Trump more solidified this time around