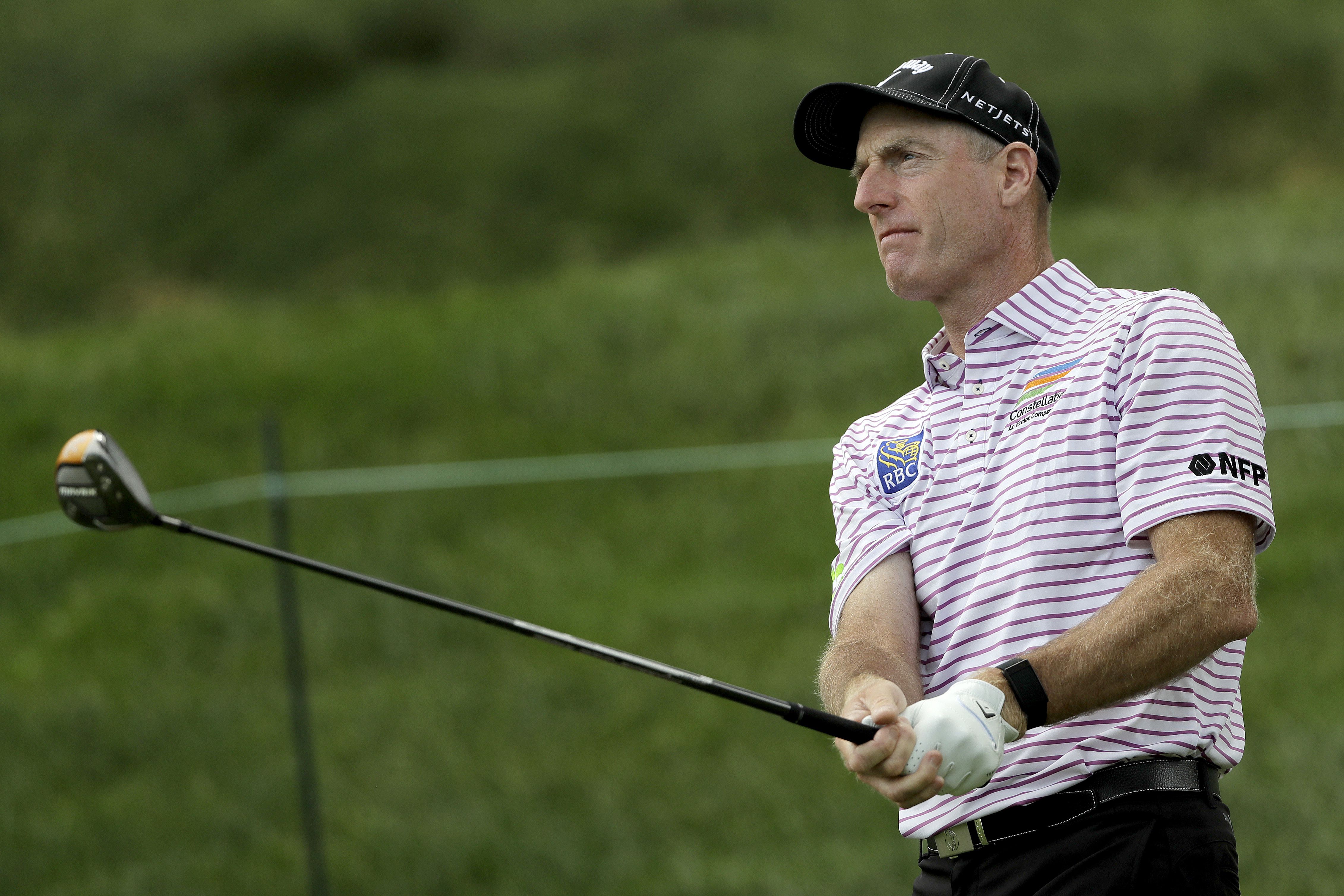 Jim Furyk turned 50 when golf was shut down and made the most of it when the PGA Tour Champions returned, closing with a 4-under 68 to win the Ally Challenge on Sunday when Brett Quigley bogeyed his last two holes.

Furyk became the first player since Miguel Angel Jimenez in 2014 to win in his start on the 50-and-older circuit.

“I’m the 19th person to come out and win their first event on the PGA Tour Champions,” Furyk said. “It sounds so ordinary when you say it that way. Wow, I’m amazed. It felt pretty darn hard to do.”

The victory came at a familiar place. Warwick Hills was one of his favorite stops on the PGA Tour when it hosted the Buick Open until a decade ago. Furyk won there in 2003 and was a runner-up two other times. It was his first victory since the RBC Heritage in 2015.

“I guess the one thing I did miss all week was the fans,” Furyk said. “I remember this place would —- it’s a tight, small piece of property, and they would pack a lot of fans in here from the Flint, Grand Blanc area. Miss the rowdiness at 17, but we’ll see it in the future and I’m anxious to be back and see that firsthand.”

“Just excited to be able to come out here first week and play so well and get a win,” Furyk said “It’s an honor. A lot of good players in the field. I enjoy coming back to Warwick Hills, a place that I had a lot of success in my career, a golf course that I really enjoy. Feel like I know it really well.”

He started the final round one shot out of the lead, and when Carlos Franco squandered an eagle start at end of his front nine, and Tommy Armour III faded early, it came down to Furyk and Quigley.

Quigley birdied the par-5 16th to tie for the lead, only to catch the left lip on a par putt on the 17th to give Furyk control. He dropped another shot on the 18th for a 1-under 71 and tied for second with two-time U.S. Open champion Retief Goosen, who closed with a 66.

“Overall, fantastic,” Quigley said.” I mean, start of the week, give me a chance to win on the last few holes, absolutely. That we started golf again, awesome. I mean, there’s so many great things certainly to take from this, despite the fact finishing bogey, bogey.”

Furyk finished at 14-under 202, and now heads to San Francisco for the PGA Championship. He earned a spot by remaining among the top 100 in the world.

The best online brokerages for beginners

Opinion: Now is not the time for women to stop marching