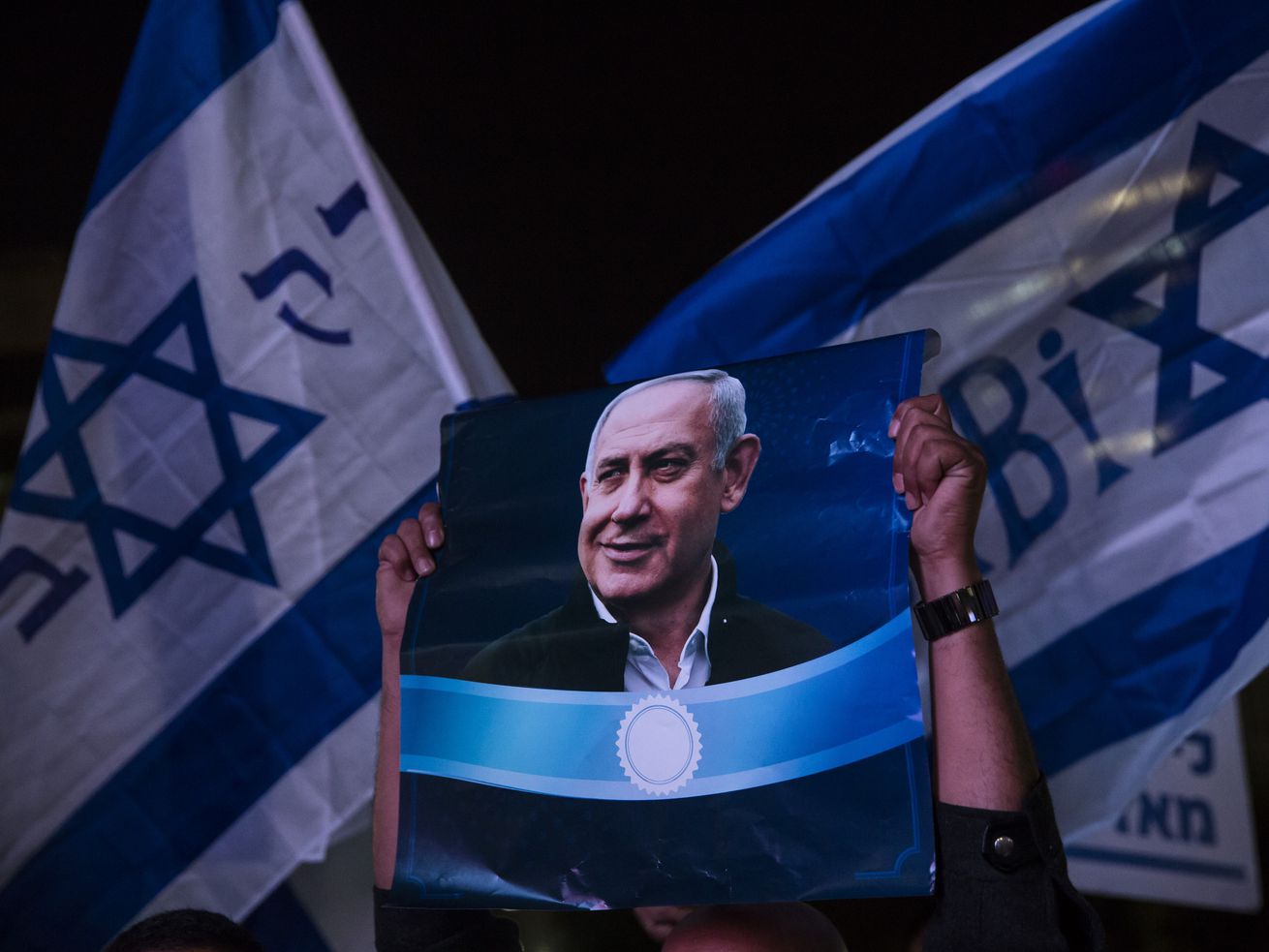 Supporters hold up banners at a rally against the indictments of Benjamin Netanyahu on November 26, 2019, in Tel Aviv, Israel. | Amir Levy/Getty Images

The strong primary performance suggests Israel’s controversial leader is still in the game.

Israeli Prime Minister Benjamin Netanyahu won a landslide victory in his party primary on Friday, thrashing his rival for leadership of the right-wing Likud party by a vote of 72 percent to 28 percent.

Netanyahu’s decisive win came just weeks after being indicted on charges relating to corruption and bribery, and signals that the loyalty of his base is not wavering in the face of his tremendous legal troubles and failure to assemble a governing coalition in two general elections earlier this year.

The results also suggest that Israel might be back on track for yet more political deadlock.

Israel held general elections twice earlier this year, and both times Netanyahu’s Likud Party failed to come close to winning a majority and instead ended up virtually tied with the centrist Blue and White Party. And both times, Netanyahu was unable to cobble together a majority in parliament that could serve as a governing coalition.

Now the country is headed for a third general election — within the span of a year — in March. With Netanyahu looking strong, he could end up in yet another virtual tie with the Blue and White party, which is led by former army chief of staff Benny Gantz, and end up locked in the same electoral stalemate as before.

Roughly half of the 116,000 paying members of the Likud party went out to the voting booths on Thursday — a typical level of turnout that appeared undampened by storms and the obligations of the Hanukkah holiday.

The fact that Netanyahu fended off a Likud veteran, former interior and education minister Gideon Saar, by more than 40 points is likely to reinvigorate Netanyahu’s campaigning efforts and allow him to allay concerns among his supporters that the indictment spells the end of his political career.

“This is the time to unite, to bring a sweeping victory to the Likud and the right in the Knesset elections,” Netanyahu told reporters on Friday. “The final and sweeping primary decision was a huge expression of trust in my way, in our way.”

But Netanyahu, who’s been in power since 2009, is a controversial figure in Israeli politics — not only because of his increasingly authoritarian tendencies, but also because of the three corruption charges he faces.

Netanyahu and Gantz of the Blue and White Party have discussed the prospect of forming a unity government, but Gantz has said that he refuses to work with a prime minister who is under indictment. At the moment, Netanyahu’s best chance at dealing with that problem is winning big in national elections.

In November, Netanyahu was indicted on three cases of financial and political misconduct, which carry the possibility of jail time.

As Vox’s Zack Beauchamp explained at the time, …read more