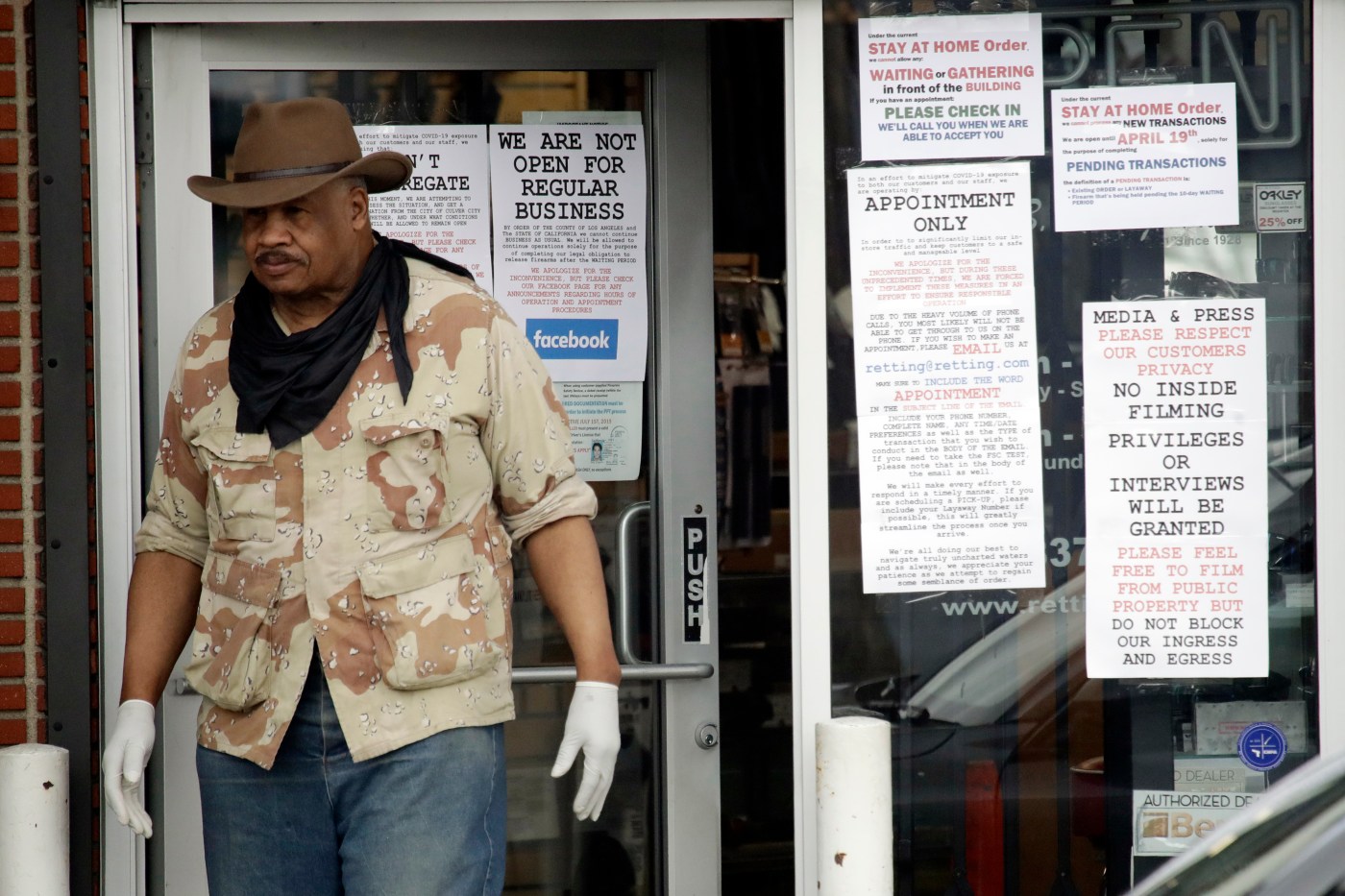 Los Angeles Mayor Eric Garcetti had a message for people who gathered in groups over the weekend at beaches and parks.

What does that mean? Is the city conducting surveillance of residents by capturing the location data from cell phones? Is the mayor demanding records from phone companies?

On March 12, my own cell phone received a text informing me that Mayor Garcetti “shared updates about the City’s actions to help protect the public and slow the spread of COVID-19.” The text included handwashing instructions and a link to the mayor’s video.

Because I never signed up for such messages and wondered how the service had my phone number, I unsubscribed. “You have been opted out and will receive no further messages from Everbridge Alerts,” the message read.

Everbridge is a company that markets “Mass Notification with Incident Communications” services to cities, companies and government agencies. It can send messages that “target the individual and not the device” and “broadcast to virtually any communications device including desktop alerts.” According to the company’s website, it can “reach anyone, on any device, anywhere, at any time.”

With Everbridge’s ability to “specify target locations,” perhaps the company could collect the cell phone numbers of people at a beach or a park. Maybe the city obtained cell phone location data from another source, or used facial recognition technology. Regardless of the method, this is surveillance. City officials should explain the precise meaning of “We know who you are.”

And we’d better put some state constitutional limits on government “emergency” powers before we’re living in East Germany on the Pacific.

Consider a statement made by L.A. County Sheriff Alex Villanueva on Monday.

“We will be closing them, they are not an essential function,” Villanueva said, speaking about stores that lawfully sell firearms.

The sheriff explained that he has decided to shut down gun stores because people have been buying guns. “Now you have the mixture of people that are not formerly gun owners and you have a lot more people at home and anytime you introduce a firearm in a home, from what I understand from CDC studies, it increases fourfold the chance that someone is gonna get shot.”

Villanueva added that he personally is a gun owner and a supporter of the Second Amendment.

Someone should send him a copy of it. There’s no exception for CDC studies.

Villanueva also announced that he’s adding 1,300 deputies to patrol the county during the coronavirus stay-at-home lockdown, and he criticized the county supervisors for not including him in their press conferences about the COVID-19 quarantine orders. “They should have used authority figures the community recognizes that would be the enforcers of it to deliver the message with far greater impact,” he said.

If you’re not sure where this leads, you won’t have to wait long to find out, at the rate it’s galloping.

The good news is that we may soon see the end of coronavirus restrictions, and just in time.

Dear Abby: I got even with my cheating fiancé on our wedding day