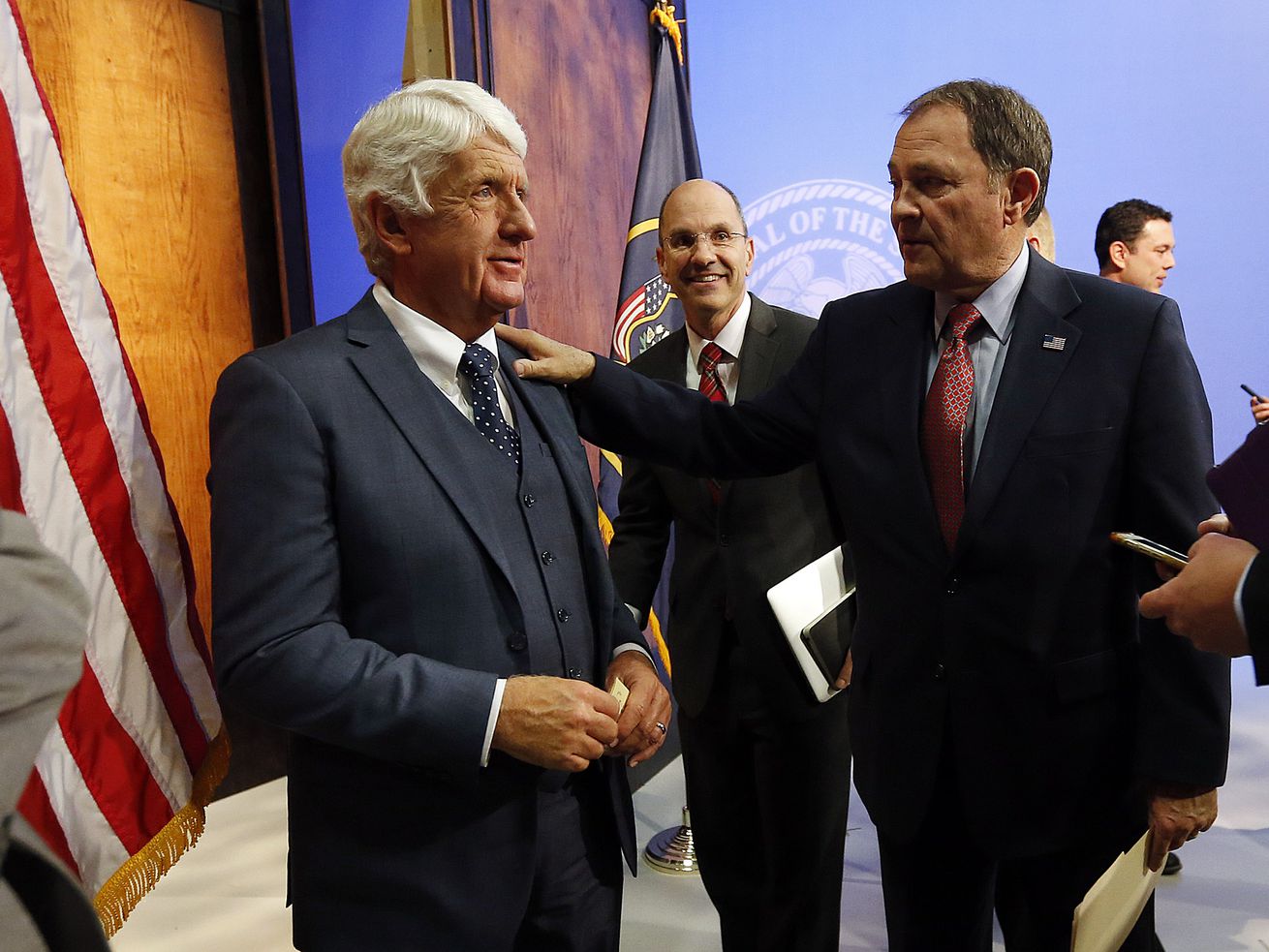 We worked with Bishop and Herbert. They are tow “authentically decent people”

Most people never get the opportunity to know their elected officials on a personal level. That’s a shame because most public officials are wonderful, interesting individuals and we tend to be more sympathetic and nicer toward people we know personally, even if we disagree with them.

In that spirit, we’d like to share some personal observations about two of Utah’s recently retired elected officials for whom we were privileged to work over the past two decades. Former Gov. Gary R. Herbert and former Rep. Rob Bishop are both authentically decent people who have collectively spent many decades modeling the humility, hard work and collaborative spirit that define Utah’s success.

Rob Bishop, who retired in January after 18 years representing Utah’s 1st District in the U.S. House of Representatives. He has a sarcastic and self-deprecating sense of humor, hates the Senate and wearing socks, and is fond of Dr Pepper and baseball. In fact, he’s not just fond of baseball, he’s a walking almanac of baseball history. His office was filled with baseball memorabilia, and staffers knew Rob was more likely to approve an op-ed or speech that included a baseball analogy or a quote by Yogi Berra.

Beyond Rob’s fun quirks, he was also a loyal and considerate boss. Congress is infamously full of self-absorbed people who are rotten or demanding toward staff, but Rob was the opposite. He insisted on being called “Rob” rather than Congressman, and he preferred to open the door and hold it for others rather than letting staff do it for him. Perhaps it’s how he subtly resisted the entitlement mentality that members of congress sometimes develop. Rob never sought nor felt comfortable with the perks, plaudits and attention of being a member of Congress.

In his heart, Rob is still the Box Elder High School history teacher who is mesmerized by U.S. history and wants to share his passion with others. Every fall he partnered with the Close Up Foundation and served as the personal tour guide to dozens of high school students from Northern Utah, driving them to Gettysburg battlefield or Colonial Williamsburg to show them elements of our national history and offer them personal time with their Congressman they’ll likely never forget.

Gary Herbert is cut from the same cloth. In our roles we saw the governor interact with presidents, prime ministers, cabinet members and other governors. We’ve also seen him take time to chat with Utahns and others who recognize him at airports or grocery stores. He was the ideal ambassador for Utah because he …read more