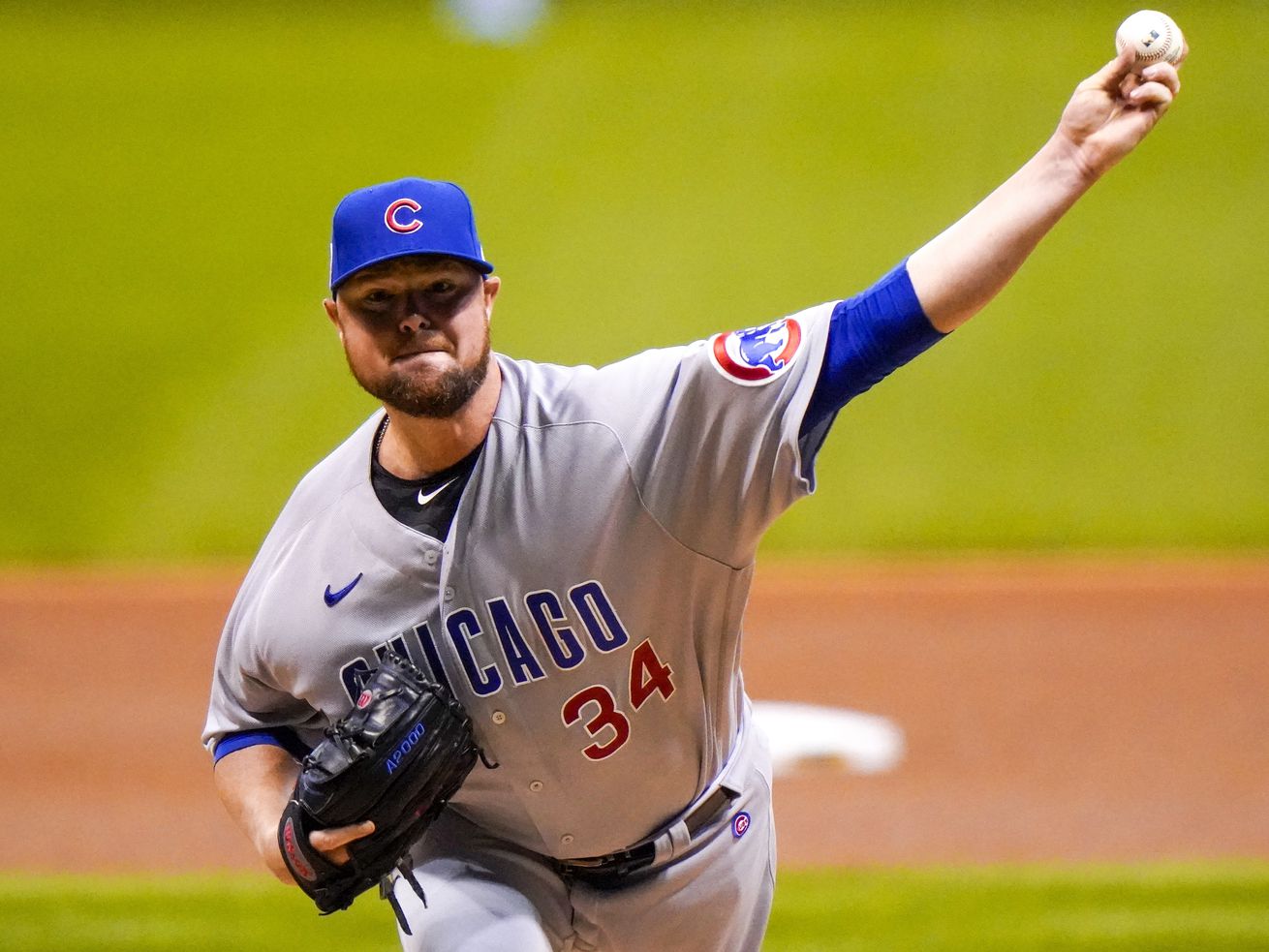 Lester allowed just three hits and struck out a season-high eight batters in six scoreless innings in the Cubs’ 1-0 loss to the Brewers.

MILWAUKEE — The Cubs need this version of Jon Lester if they plan to have success down the stretch and into October. The veteran left-hander turned in his best performance in September on Friday against the Brewers.

Coming into Friday’s start, Lester had been frustrated as he had not only been hit hard, but struggled to keep the Cubs in games. He had reached the sixth inning once in his previous five starts.

But something changed as Lester, 36, didn’t just look good in the Cubs’ 1-0 loss, he looked great and stymied the Brewers offense.

“You always feel confident after you — I don’t want to say find something new — but you find something that kind of gets you back to normal,” Lester said.

If his cutter is working effectively, it usually means good things, and his signature pitch came in handy as he used it on both the inside and outside corners and got hitters to chase it off the plate.

But what added to the his dominant performance was the use of secondary pitches. Lester mixed in his breaking ball and changeup to go along with his cutter and was able to not only change speeds, but keep hitters off balance, leading to more success via the cutter/four-seam fastball.

“Once he gets the fastball going and the cutter has a little more angle, it seems to lock in. They go hand in hand,” manager David Ross said. “When he has that fastball to his glove side and a cutter off that, the breaking ball seems to fall into place for him.”

Lester struck out a season-high eight batters over six scoreless innings, inducing a season-high 16 swings-and-misses, with 12 of the 16 whiffs coming via the cutter and four-seamer. He allowed just three hits.

After his last outing against the Cardinals, Lester voiced concern about his confidence going forward as his recent results didn’t show the pitcher the Cubs needed him to be.

“It wasn’t just the game plan, it was some adjustments needed to be made physically on the mound,” Lester said. “Just needed to figure out what was going on. There was something going on and we really dove into some stuff over the last week. I feel like we made some adjustments.

“Obviously, the results were good tonight and, I don’t want to say we’ve reinvented the wheel or found some magical cure or anything, but the adjustments that we can made in my bullpen, the stuff just translated better and then we continued to work on that leading up to tonight.”

The confidence looked to be back in the fifth inning with a runner on third base and two outs. Lester got Keston Hiura to chase a changeup down and out of the zone for the final out and ending the threat. Following the strikeout, he let out a loud yell as he walked off …read more

Coronavirus Q & A: Why don’t we tell ‘hot zone’ tourists to stay away?

‘I have never seen a tragedy so huge’: 2 people in Beirut describe being caught up in the massive explosion that devastated the city