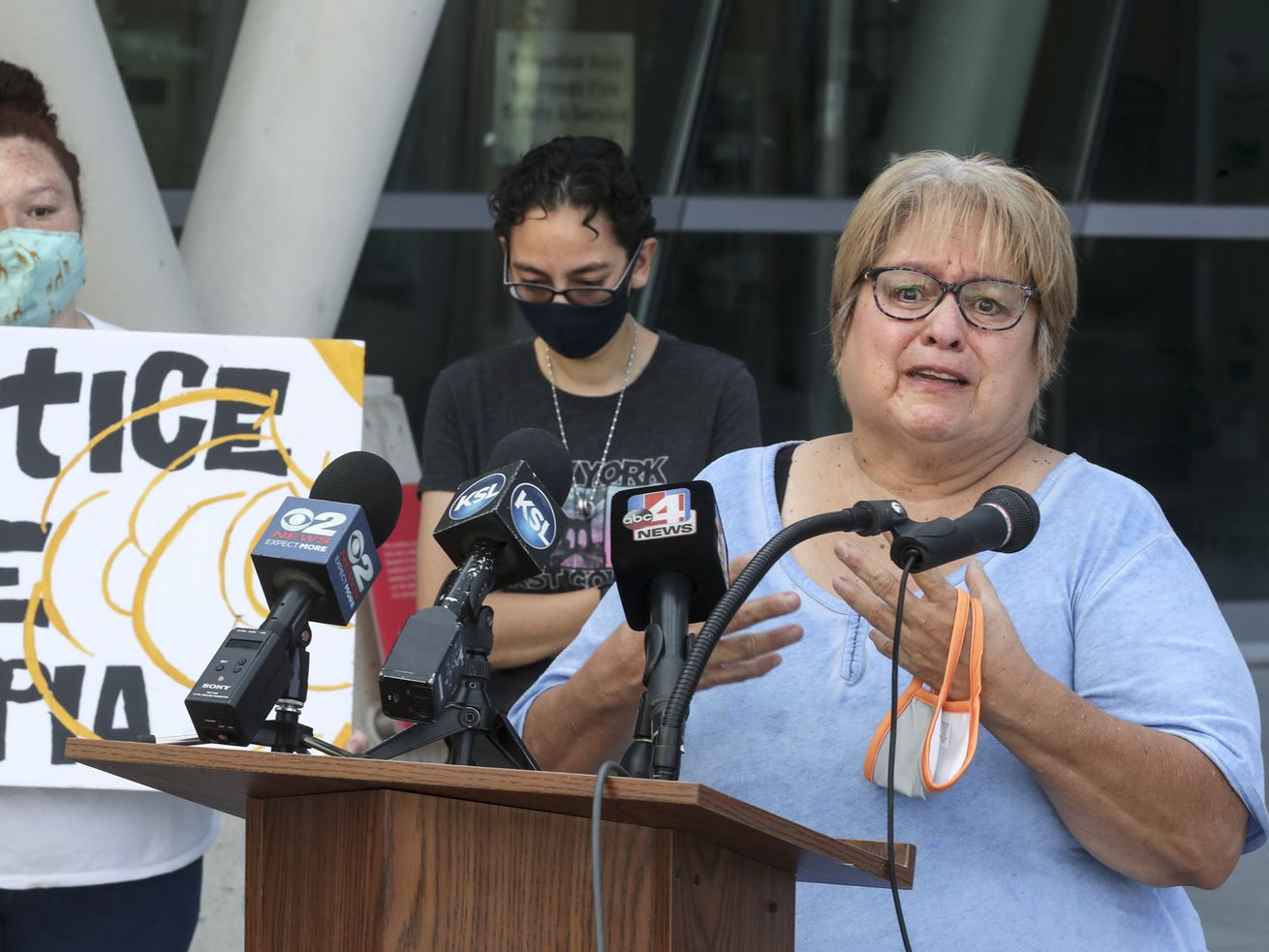 Lewine Tapia, makes an emotion plea for justice as she talks about her 6-year-old daughter, Rosie Tapia, who was taken from her ground-level apartment and killed 25 years ago as Rosie’s sister, Angelica Tapia, center, and Rosie’s niece, Miranda Elizondo, left, look on during press conference at the Public Safety Building in Salt Lake City on Thursday, Aug. 13, 2020. Rosie’s parents continue their search for answers and are using the tragedy to improve the handling of unsolved crimes in Utah. In 2017, their frustrations led to the formation of the Utah Cold Case Coalition, a nonprofit organization that assists families and the community with unsolved murders and disappearances. In 2018, “Rosie’s Law,” which created a statewide cold case database, was passed unanimously in the Legislature. The first name entered into the database was Rosie Tapia. | Steve Griffin, Deseret News

SALT LAKE CITY — Thursday marked the 25th anniversary of one of the city’s most infamous unsolved crimes.

On Aug. 13, 1995, someone abducted 6-year-old Rosie Tapia from the child’s ground level bedroom window at the old Hartland Apartments, 1616 W. Snow Queen Place (1675 South), took her across the street to the banks of the nearby Jordan River surplus canal, sexually assaulted her and then murdered her.

No one has ever been arrested in the case and no charges have been filed.

“My thoughts every year is that I want closure for my daughter, Rosie,” her mother, Lewine Tapia said Thursday. “It’s harder for me every year, especially now that I’ve lost another daughter. It just hurts so bad. I just want to find the person who took her, make them pay for what they did to her.”

On Thursday, Tapia reflected on the sad anniversary as she stood with members of the Utah Cold Case Coalition in front of the Salt Lake City Public Safety Building.

The coalition, formed in 2017, is headed by Salt Lake attorney Karra Porter and is dedicated to solving Tapia’s murder.

“This is a sad day,” said Jason Jensen, a private investigator and coalition co-founder, who has been working on finding Rosie’s killer since before the coalition was formed.

Over the years, the coalition has presented new clues to the public in hopes that someone would step forward with the key piece of evidence to solve the quarter-century-old mystery. In 2019, members hoped that a Barbie might spark new leads. That same year, a new sketch of a possible suspect was also released. In 2017, the coalition announced it had new, promising leads into the investigation. The family has continued to hold press conferences to keep the case alive in the public eye.

Despite another year gone by with no arrests, Tapia said Thursday she believes they are getting closer.

After becoming Sky’s all-time leading scorer, Allie Quigley has winning on her mind