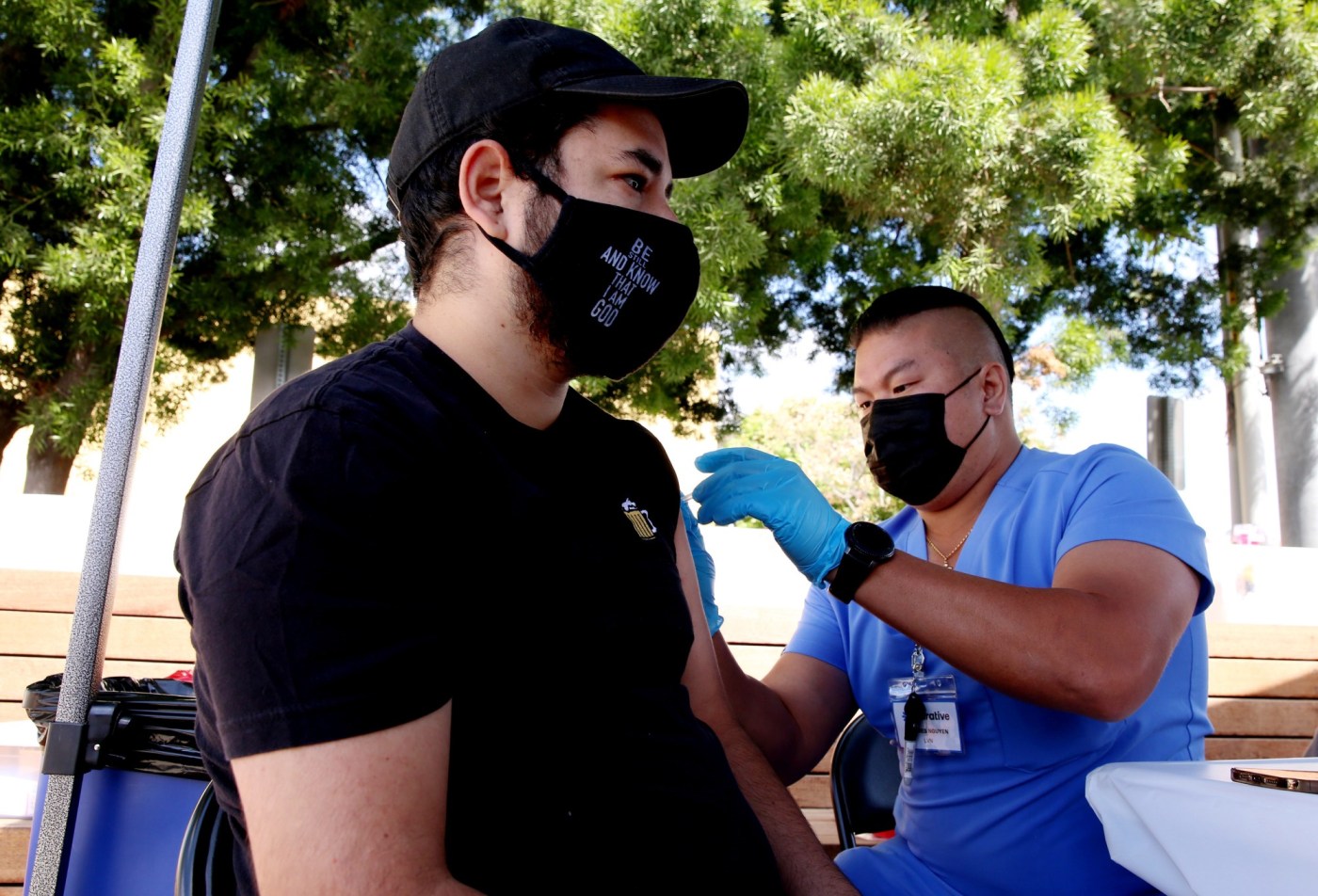 More than a year into the coronavirus pandemic, plenty of questions still linger about the virus’s spread and what it means for Southern California residents.

That point was emphasized on Thursday, July 15, when Los Angeles County health officials announced that people will once more be required to wear masks indoors, regardless of vaccination status. The first full day the reimposed mandate will be in effect is Sunday, July 18. Orange, San Bernardino and Riverside counties — and Pasadena, which has its own health department — has not yet followed suit, still only recommending face coverings indoors.

How bad is the current rise in cases?

Los Angeles County’s seven-day daily average case rate has doubled in the past week alone, and the daily positive testing rate has more than tripled over the last month. The U.S. Centers for Disease Control and Prevention has four categories for tracking coronavirus transmission rates, and the county has quickly moved from the lowest of those categories to the second-highest.

Coronavirus rates elsewhere, including Orange and San Bernardino counties, but not nearly as bad as in LA.

Case rates, though, remain far lower than they were during the surges over the winter and last summer.

LA County Health Officer Dr. Muntu Davis said this week that the recent numbers are cause for concern — but he declined to say whether the rise could be the beginning of yet another surge.

“I don’t know what you would define a surge as,” Davis said, but “the increases have been substantial over a short period.”

Other medical professionals, though, cautioned that a surge among the unvaccinated could overwhelm the health care system simply because of the county’s size.

Are hospitalizations and deaths also rising?

Coronavirus hospitalizations have been increasing recently, but not as quickly as cases.

Multiple health officials, though, have said it’s unclear how much longer that will remain the case. In past surges, spikes in hospitalizations have lagged behind surges in cases, because it often takes some time for the illness to become severe enough to warrant a hospital visit. Increases in deaths have also lagged behind increases in hospitalizations, for the same reason.

So while there hasn’t been a significant increase in coronavirus-related deaths, if the trend lines continue to mirror previous surges, there could be a rise in people dying.

Why are cases rising and should I be worried?

The delta variant of the coronavirus — which is much more easily transmissible than the strain that dominated for most of the pandemic — now makes up a majority of new cases, according to health officials.

And the virus is spreading mostly entirely among the unvaccinated, during a time when most coronavirus restrictions have gone away.

In Orange County, for example, 90% of new positive cases and 95% of hospitalizations are from those …read more

UK’s summer getaway takes off but nothing like pre-COVID