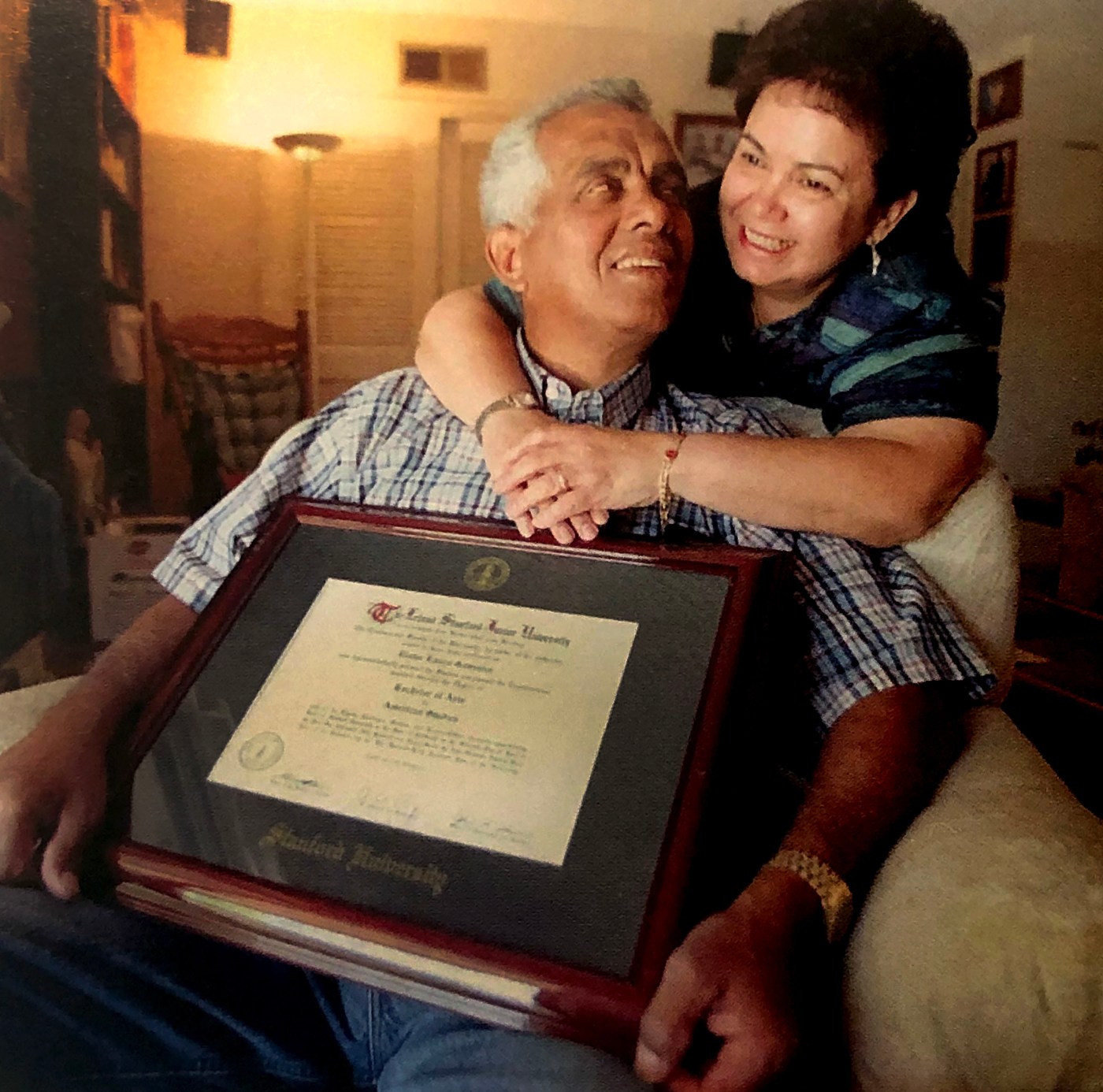 “I told all my kids growing up that when other kids asked them what their father did for a living they should be right up front. You tell them your father works for the Department of Sanitation. He’s the rubbish man.”

Gilbert Gonzales put five children through college on the modest salary he earned picking up trash in this city for 37 years. His kids rewarded him with one doctor, one lawyer, an engineer, a corporate administrator and a school teacher in the family.

They graduated from some of the most prestigious universities in the country. The rubbish man — he graduated from the school of hard knocks. East LA.

“I was proud of the work I did for this city. It’s hard, honest work that sanitation workers do. I started very early in the morning, and that allowed me to be home in time to take my kids to their music lessons or help coach their sports teams.

“But the job did not define my life. My kids did that. I grew up in their accomplishments.”

Gonzales spoke those words a week after retiring in 1998 when I visited him in his Sylmar home to do a column on the most successful parents in Los Angeles — a rubbish man, and his wife, Lupe, a teacher’s aide.

His death a few weeks ago at age 86 should have been a front page headline because in this city of big egos, Gilbert Gonzales showed us you didn’t need one to become the richest man in the world to your family.

“People say that they have their priorities straight, but their actions usually say something different,” said the couple’s third child, Stephanie Yarra, at the time. “My parents always put us first. Always. They sacrificed and basically gave us their lives.

Dear Abby: When she visits, mom wants to bring a guest who’s not welcome

“They never set limits on our dreams. They just dreamed right along with us.”

And that should have been the lead on my story, but it wasn’t. I let anger get in the way, mad at City Hall for not even sending a thank you card to this devoted man for his 37 years of service. He was still waiting for his 35-year pin.

Gilbert didn’t care. He had every one of his children’s diplomas hanging on his trophy wall, he didn’t need one for himself. Still, it bugged me. City Hall hands out proclamations and accolades like breath mints to all the movers, shakers and big donors in this city. It couldn’t find one for the rubbish man?

The only recognition he got was from his fellow sanitation workers who chipped in and threw him a dinner, presenting Gilbert with a pocket watch with the inscription, “For 37 1/2 years of hard work and dedication.” They knew, they saw.

“You give your kids a lot of support and a good beginning, then you stick with it,” Lupe said to me that night. “You don’t let up, especially in middle school where many parents do.”

You stick with it all the way to that diploma hanging on the wall. If that means you …read more

Instagram Reels versus TikTok: Influencers and marketers break down the strengths and weaknesses of each

San Jose Earthquakes game against Portland is among those postponed