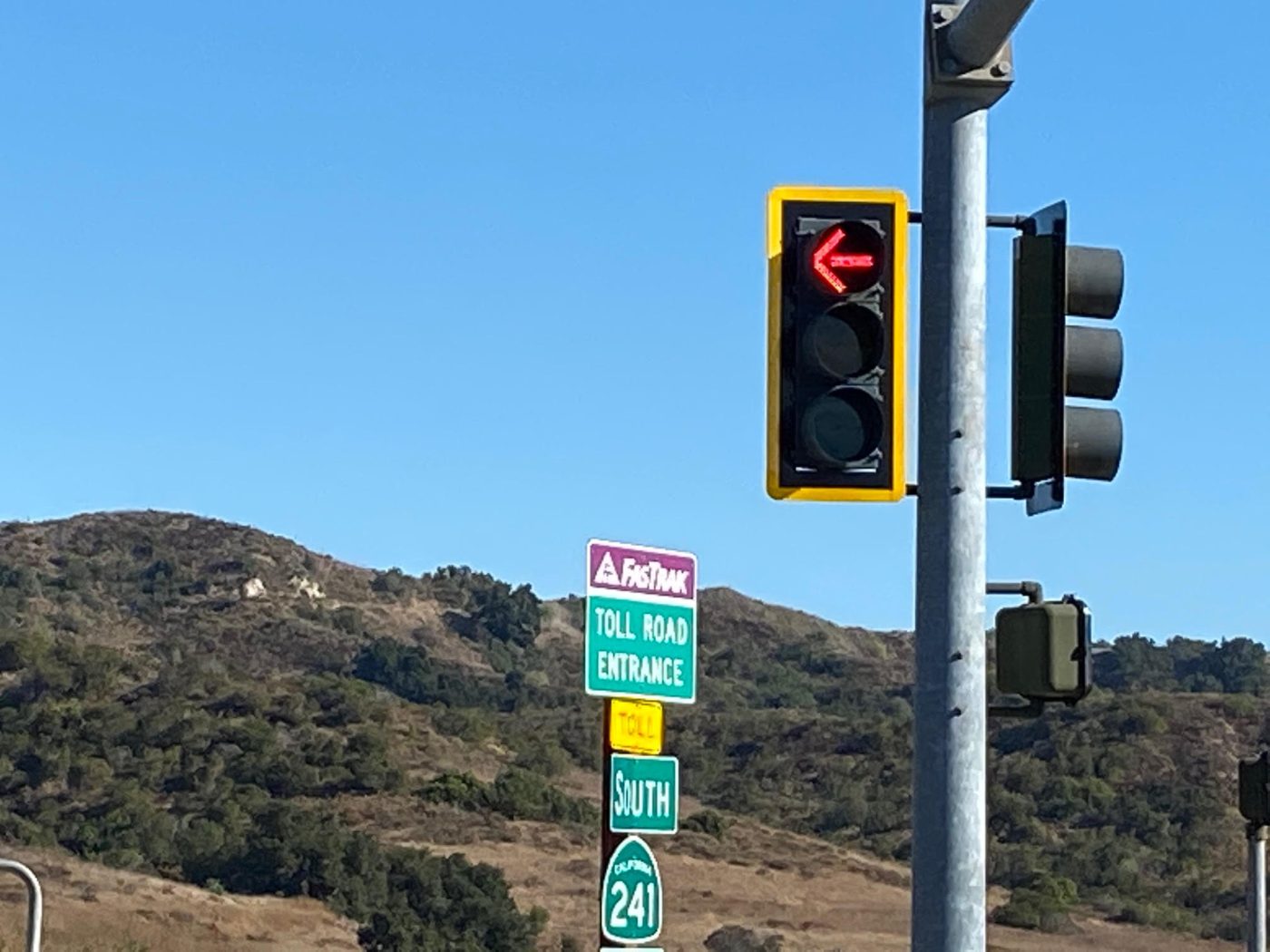 Q. Today at the 241 toll road and Oso Parkway, traffic lights were being installed. They have a yellow, reflectorized border around the perimeter. Otherwise, they look identical to the ones being replaced. Got any info on this? My wife has pointed out similar signals to me elsewhere and thought they might be a new thing in Orange County, if not beyond as well.

A.  “The highly visibility yellow border on the back plate of the signal head is to improve visibility of the signal,” said Angela M. Madison, a Caltrans spokeswoman for Orange County. “It will be the new standard on all new (Caltrans) signals. … This is what we are shifting to.”

Those borders are reflective, so headlights at night will catch them.

A major reason for the shift is for when a utility company shuts off power to reduce the risk of a wildfire. Many of Caltrans’ traffic signals have battery backups, but even then an extended blackout could drain them. A priority will be given to signals in areas where wildfires are more likely to break out; in Orange County, 45 or so locations have been targeted.

In a blackout, Caltrans wants drivers to see traffic signals even if they are not functioning – because the law says drivers must treat non-working signals as stop signs. These new gizmos could certainly prevent horrible accidents.

Now, just because Caltrans is deploying them doesn’t mean cities and counties will follow suit. So how many will pop up is uncertain.

“It’s a great idea,” said Mark Miller, a traffic expert with AGA Engineers in Fullerton who has seen a few of them around Southern California. “They are relatively new.”

If you still want to see what these new traffic signals look like, go to Honk’s online home and take a looksie. Caltrans provided a photo. His web and Twitter addresses are below.

Q. Self-driving cars – what are government agencies doing to bring this to a reality? Sensors in streets, etc? Can more be done?

A. Honk is keen on the science and does envision a day when he and Mrs. Honk can doze off while their self-driving car scoots to a ballgame or a museum. He isn’t sure how much our governments should do, but he does know some steps have been taken.